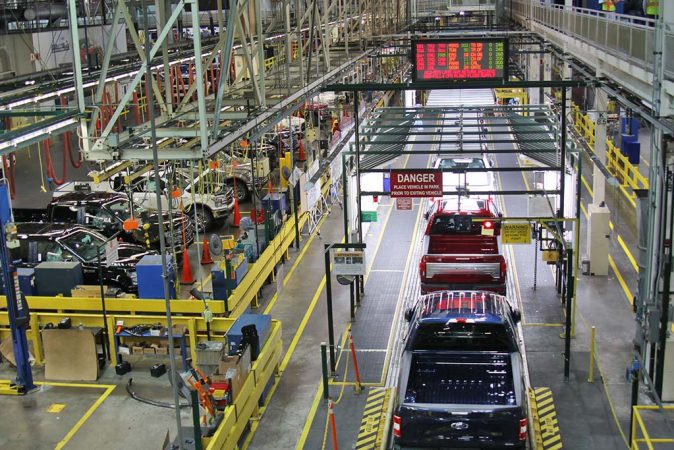 Ford will invest $700 million to set up the new Electric Vehicle Center at the historic Rouge Complex in Dearborn, the latest step in a $12 billion program to electrify the automaker’s lineup, starting with iconic nameplates like the Mustang and the F-Series pickup. 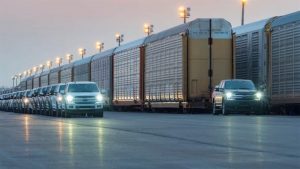 A PROTOTYPE OF THE ALL-ELECTRIC F-150 TOWS A TRAIN

About 300 new jobs will be created at the facility which will be linked to the adjacent Dearborn Truck Plant that has just begun production of the familiar Ford F-150. The Electric Vehicle Center will allow Ford to launch production of a completely battery-powered version of the popular pickup without going through an extensive and costly tear-up of the existing plant.

The facility “will be Ford’s most technologically advanced plant in the world,” said Gary Johnson, the automaker’s manufacturing chief. Among other things, it will use autonomous sleds to move partially assembled vehicles between Dearborn Truck and the Electric Vehicle Center, or EVC. It also will make use of a new generation of “collaborative robots.”

First pioneered by Ford at a plant in Cologne, Germany, they’re smaller and more nimble than conventional factory robots that handle big jobs, such as welding and painting – and which must be carefully fenced off for safety reasons. The new Ford robots will be stationed side-by-side with human workers to assist with difficult chores, doing tasks that might otherwise lead to strains and injuries, Johnson explained.

In keeping with the enviro-friendly layout of today’s Rouge Complex – the existing truck plant featuring a “living roof” to absorb rainwater and help maintain indoor temperatures to reduce energy usage – the 500,000 square-foot EVC will run on 100% renewable energy, according to Johnson. 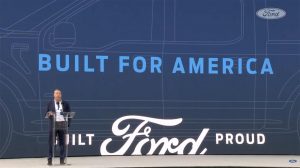 BILL FORD AT THE ANNOUNCEMENT

The all-electric version of the F-150 will launch mid-2022, according to Chairman Bill Ford Jr. The automaker is already rolling out a major makeover of the conventional truck for the 2021 model year, including a hybrid model. Like the hybrid, the all-electric model will be targeted at commercial users who will be able to take advantage of new features, such as an onboard generator, as well as reduced operating costs.

“The target is a total cost of ownership that is more 40% less than similar gas engine trucks over the life of the vehicle,” said Ford Chief Operating Officer Jim Farley, who will take on the top job as CEO next month.

The all-electric pickup will be “even smarter and more sustainable” than anything Ford currently has on the road, claimed Johnson, during a background briefing for reporters. It will offer a variety of new technologies, including smartphone-style over-the-air updates allowing the automaker to revise its onboard software and even add new features remotely.

The F-150 will become the second long-range all-electric vehicle in the Ford line-up, the carmaker set to begin delivering the first of its new Mustang Mach-E SUVs later this year. All told, Ford expects to have a wide range of pure battery-electric vehicles, as well as plug-in and conventional hybrids, in its line-up by mid-decade. While Ford officials wouldn’t discuss future plans in detail, Johnson acknowledged that the Rouge’s new EVC will have the potential to handle other BEVs in the years ahead.

The decision to produce the electric F-150 in Dearborn was highlighted during an announcement ceremony at the complex which opened more than 100 years and was long billed as the “cathedral of manufacturing,” said Chairman Bill Ford Jr., great-grandson of company founder Henry Ford. Over the decades, the sprawling facility along the Rouge River has produced dozens of different automobiles, as well as tractors and military gear that contributed to the U.S. victories in both World Wars.

Ford’s plans for the Rouge will be a key element of the automaker’s new “Built for America” ad campaign highlighting its commitment to U.S. manufacturing. 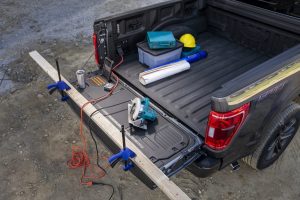 Where key competitors now produce a sizable share of their own full-size pickups in Mexico, the entire Ford F-Series line-up– including heavy-duty models like the F-250 and F-350 — is assembled in the States, Ford President Kumar Galhotra noted, despite a “substantial” cost penalty for doing so, primarily due to the higher cost of American labor.

“Despite the price we pay it’s a choice we make,” he said, adding, “because we believe in a strong manufacturing presence in this country.”

The study found that 500,000 American jobs are directly attributable to the F-150, the truck itself accounting for 6% of the total U.S. motor vehicle fleet.