Hospitality During a Pandemic isn’t Easy, But Grey Ghost’s Co-Chefs Haven’t Lost Hope in the Industry 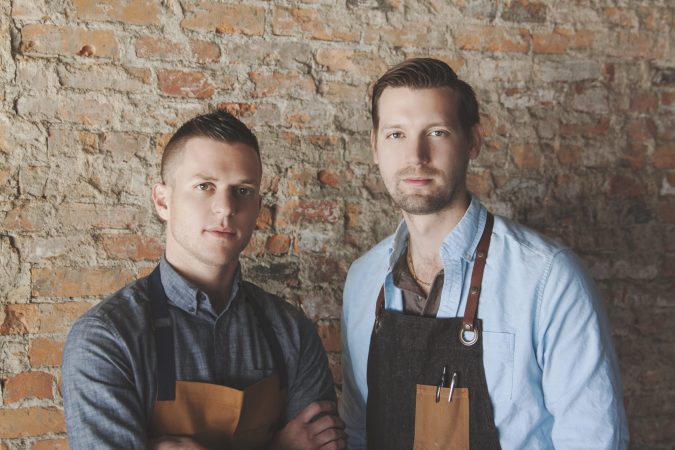 Grey Ghost, one of Detroit’s most beloved fine dining restaurants, has been serving their blissfully delicious dishes to Detroiters and the Greater Metro area since opening in 2016. Co-chefs, Joe Giacomino, and John Vermiglio, after their many years of experience in hospitality, offer up their take on how the pandemic has changed the industry, what they look forward to the most post-pandemic, and of course: their favorite Detroit sports teams.

HOW HAVE YOU SEEN THE PANDEMIC CHANGE THE RESTAURANT INDUSTRY?

Vermiglio: The core principles and values that we particularly hold dear to us, in terms of one providing a quality product and 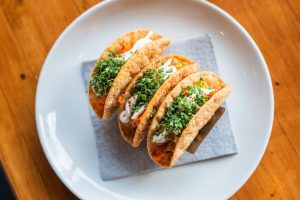 two providing stellar hospitality remains the same, but we are seeing it in so many different ways now. I think, you know, for starters, the to-go business, which I think is going to be with us till the end of time…. As things have become far more available to you in your home, you know, it’s eliminated the need of having to come in, right? They can order a full-on meal from Grey Ghost, have it in the comfort of their home.

I think that there’s extra attention being paid to the hygiene of the restaurant in every aspect of it which, you know, if you’re someone like myself who is a germaphobe, it’s a beautiful thing! …There is far more conscientiousness in… where you are, what you’re doing, who you’re doing it with… [and] what the restaurant’s doing to protect you.

HOW DO YOU ATTRACT CUSTOMERS IF TO-GO IS SO VIABLE?

Giacomino: I would just say I don’t think that that’s been much of an issue at the current juncture. I think that as much as… there is a divide in everything in our country right now. I do think equal parts of people that are just fed up with being at home and are just like clamoring for anything to get out and do. So… we’ve seen a bit of both in that regard.

Vermiglio: One of our main goals for continuing on through both of the shutdowns and altered forms and you know, using the coveted pivot word, you know it was important to us to continue to do what we were set out to do which was to feed the people of Detroit and the surrounding areas and it was important us that we stayed out there… people could still eat our food, and it was a strong motivation but it also has played well to keep us at the forefront of people’s minds because we didn’t disappear, necessarily. And it’s certainly an advantage that not every restaurant was afforded.

WHAT DO YOU ANTICIPATE THE MOST IN POST PANDEMIC DINING?

Vermiglio: The return of sports and entertainment. Both of our locations are very conveniently located to the entire arts and sports and entertainment districts of Detroit so from a business point of view you know those are important things that bring down, you know, large crowds of people but it also brings us a diverse crowd of people and helps and diversify[ies] our appeal across all areas and like I said it’s very helpful to see a pre-gamer/concert crowd and a post-gamer/concert crowd. I also wouldn’t mind going to a sports game or a concert at some point myself!

Giacomino: On a personal point of view, one of the things I look forward to the return of when we return to whatever level of normalcy we return to…. From a professional level obviously, I think I agree with John [Vermiglio], but as a diner and the return to normalcy, is like the warm smile from my servers and that part of hospitality, and my bartenders. And the other thing that I… absolutely cannot wait for is when we go back to feeling like we can touch surfaces because sitting down to order with a QR code and having everyone’s faces bathed in this ghoulish blue light while they stare at their phones to start dinner because that’s how all menus are done, is something I’m wildly over. So, I would really like to return to like a little bit of normalcy with the physical menus and a discussion of it. 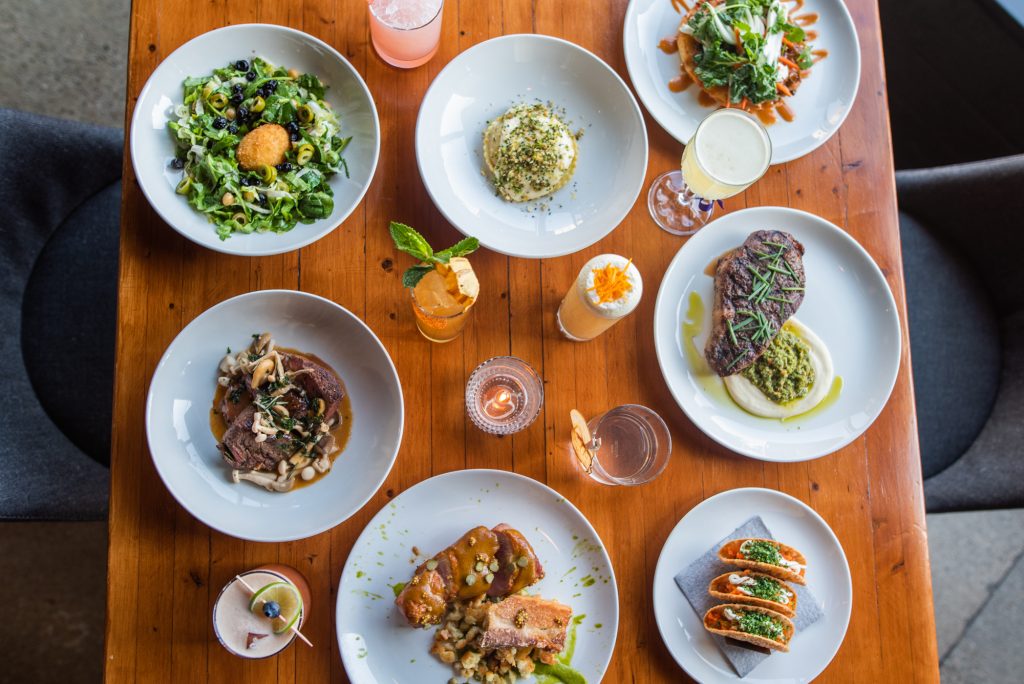 HOW DID YOU LOOK AT COMFORTABLE DINING AT GREY GHOST DURING THE PANDEMIC?

Vermiglio: There’s definitely an overriding theme as we’ve navigated the waters of getting back into it [indoor dining] aside from general confusion and lack of knowledge because we’ve never dealt with this [a pandemic] before, but you know so much of it was just… how will this be perceived and you know what impression will this leave? So we basically walked through the restaurant through the eyes of the guest on a multitude of occasions to say, like “alright from the minute I step on the sidewalk outside of the front door, where are all these points that are going to make me feel uncomfortable? Where are these situations that are gonna say hey like this isn’t right, or this isn’t following protocol.”

WHAT DETROIT RESTAURANT HAS YOUR FAVORITE AMBIANCE?

Vermiglio: I adore so many restaurants in this town… but, there is one place that holds a very fond place in my heart called Scotty Simpson’s Fish & Chips and it’s the best. I think it’s either late 50’s early 60’s they opened you know a family run shop that’s been hanging around for years. 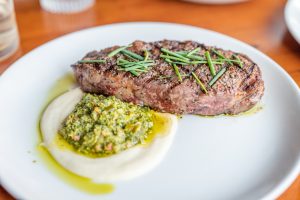 It’s certainly a walk back in time but its just, spending this long in this industry and working in restaurants that are… trendy, it’s refreshing to me to go to a place like that where it’s just like, you know, you feel like you’re at somebody’s house and there’s no bullshit, no-frills, nobody’s trying to press anybody, it’s just good ass food on the table, and you don’t have to put 700 Instagram posts up to enjoy it, you just eat it.

Giacomino: I think mine would be, the first time I went there was when my wife was really pregnant and close to giving birth and she read that eggplant parmesan could induce labor and we went down to a place in Southwest Detroit to a place called Giovanni’s that was around like the ’50s and Frank Sinatra would eat there when he’d come into Detroit to sing and stuff, and they like very much hold on to that. It still has like a row of baby’s breath on every table, it’s like super classic Italian and it was awesome. I love going in there.

DID THE EGGPLANT PARMESAN WORK ITS MAGIC?

Giacomino: She gave birth really shortly after, so I don’t know if the Eggplant Parm gets credit or not, but I’m gonna say yes.

WHAT IS YOUR FAVORITE DETROIT SPORTS TEAM?

Vermiglio: Chef Joe [Giacomino] is gonna go with a no comment, he’s an outsider!

Vermiglio: He’s from Wisconsin, then Chicago!

Giacomino: I’m wearing a White Sox hat right now…. But I support their [Detroit sports teams] success for all my constituents around here, but… no, no comment.

Vermiglio: It is not an easy choice, because I did grow up an avid Detroit sports fan of all facets right down to the Detroit Rockers when they had an indoor soccer team. Everything Detroit I’ve always been a huge fan of, but I cannot deny my admiration for the Lions.