Growing Up at Detroit’s Infamous Bar the Lindell AC, with Jain Butsicaris-Jackson 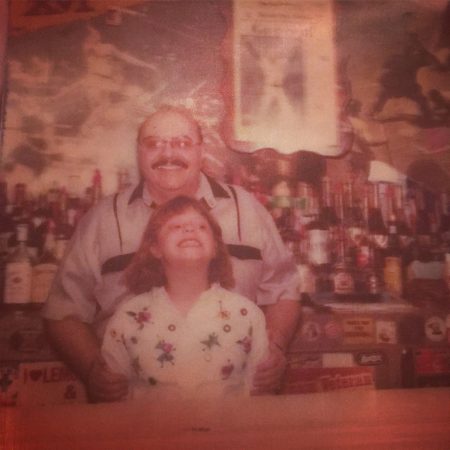 In 1949 John and Jimmy Butsicaris opened, in Detroit, what would come to be known, as America’s first sports bar, the Lindell AC. This wasn’t a place where people came to watch the game. It was a watering hole for athletes, celebrities and blue-collar workers from the neighborhood. The museum-quality memorabilia lining the walls weren’t there for marketing. Rather, they provided a shrine where people could take libation and pay homage to the players they admired.

“Meet me at the Lindell” soon became a turn of phrase for factory and downtown workers alike, and by the 1950s the legendary spot drew celebrities such as Mickey Mantle, Muhammad Ali and Jane Mansfield to make a pilgrimage.

The Lindell closed in 2002. But, it will open again this Saturday at the Detroit Historical Museum with the opening of the exhibition, Lindell AC: America’s First Sports Bar.

We spoke with Jain Butsicaris-Jackson, the granddaughter of Lindell AC co-founder, Jimmy Butsicaris, to get the insider details and learn what it was like growing up in America’s first sports bar. 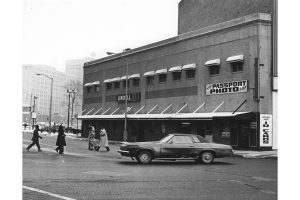 CV Henriette: So your grandfather had a bar, The Lindell AC. Tell us about it.

Jain Butsicaris-Jackson: The Lindell was a place in time. It was a sports bar before sports bars had huge flat screens pointing in every direction. Athletes and celebrities could drink beer from the same tap as the regular blue collared patrons that went there.

JBJ: The bar started when my grandfather, Jimmy Butsicaris, came back from World War II. He had worked odd jobs to save and borrowed money from my great grandfather. When his brother, Johnny, got out of the army they opened it together in 1949.

My parents met there in the 70s when my mother was working there.

CVh: What was it like spending time there as a child?

JBJ: All my favorite songs were on the jukebox. I got to play all the Pac-Man I wanted. It was great. I think a lot of kids have memories of being spoiled and doted on by their grandparents. My memories just took place in a bar.

I’d always sit in the first bar stool, which was usually Jimmy’s seat, eating a cheeseburger cut into fourths. The staff as well as regulars were family.

CVh: At the time, did you realize the significance of the space?

JBJ: Not at all. My grandfather was a humble man, and I assumed all kids got to hang out in bars. Or go to every Tiger’s game and hang out with Andre the Giant. It wasn’t until I was older that I realized the power of the space. People would tell me their favorite memory of the Lindell just by recognizing my last name.

JBJ: I love telling my friends how the concept of the show “Webster” was based on the true story TV movie “Jimmy B and Andre” from 1980, starring Alex Karras.

I don’t think any of them believed me until recently. 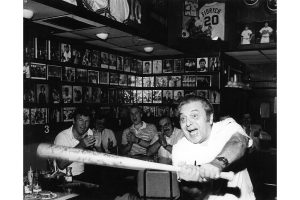 CVH: How did the Lyndell shape your understanding of Detroit? Did you grow up in the city?

JBJ: I grew up in the suburbs east of Detroit, and both my parents worked in the city, so I was always familiar with Detroit. A lot of my peers growing up seemed to be afraid of the city, whereas I only saw the greatness in it.

CVh: Do you still have a connection to Detroit?

JBJ: Always. Detroit is unlike any other city. The sense of community and love is prevalent as ever.

CVh: Do you remember when the bar closed?

JBJ: I was 18 when it closed in 2002. I made my friends go the last weekend it was open. It was so packed in there you could barely move and until that point, I had only heard stories of it being that busy. I’m so thankful I got to see it one last time.

CVh: I can’t imagine many bars are memorialized in a history museum. How does it feel to have your family’s business celebrated at such a grand capacity?

JBJ: Hearing all the stories of how the Lindell left its mark on history has made me even more proud of my family’s legacy. People needed to know a place like this existed. These stories needed to be told.