Healing Through a Pandemic 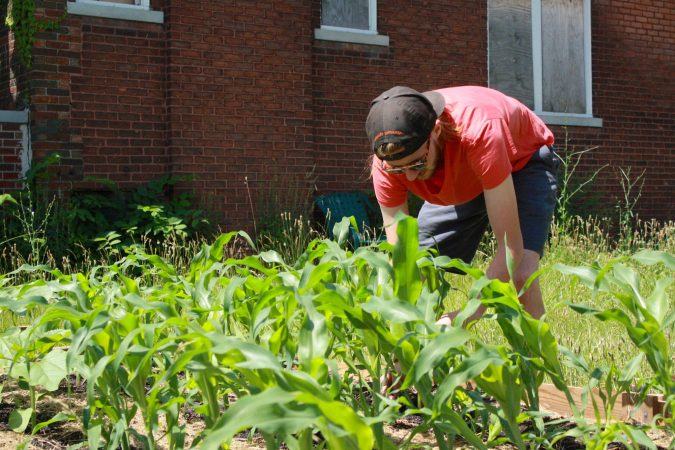 The lives of individuals have changed drastically as soon as the coronavirus started making its way around the world. Each of us was affected differently. For some it meant working harder, with longer hours, servicing those either unwell in hospitals or those who seek out life’s necessities like groceries or service on their vehicles. For others it meant becoming swiftly unemployed, without an idea of what to do next. My personal experience was the latter. Days for me were ticking by slowly and I didn’t quite know how to keep moving forward. I began to realize, during this time, that a grounding change was happening in myself and others around me.

I worked for my employer for over two years, my work weeks clocking in around 50 hours before the pandemic hit. When that routine was taken away, a hole started to expand throughout my life, resulting in an excess of time I now had to fill. In March, when I lost my job and the hole began to spread, emotions were high and I was lost at sea. What was next? Would there be a next? The world seemed to change every day, leaving the hypothetical ground I stood on unstable. I felt useless if there was nothing to do some days, and other days I loved not having anything on my schedule. As a result, I craved some source of equilibrium. This morphed into a rediscovery of and reacquaintance with the simple things in life, the “basics.” I wanted to take my excess time and experience the things I missed out on when I had spent at least five days a week working in an office.

Quarantine for me began with an unsettled heart and mind. I dreaded waking up to a world without the American purpose, a.k.a a full day’s work. I began to branch out with hobbies I thought would serve as distractions. These distractions turned into things that grounded me in myself and my view of my community. Gardening, for me, was a return to the basics in my life. Dirt 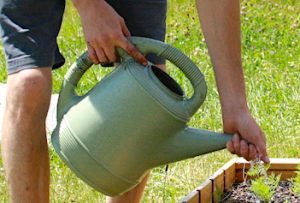 needed to be dug out for raised beds and vegetables of all kinds needed to be planted. The beds, when filled with plants, needed water every morning and weeding every few days, which kept me busy, but nowhere near the hectic work-life balance game I had been playing before. Gardening, along with a drastically upped time allotment for reading and writing created a new way to spend my time. All of these things, either passively in thought or actively in conviction through what I read, pushed me to look inward and assess where I was financially, physically, and emotionally. My time wasn’t filled with things like work and social engagements which gave me an incredibly rare opportunity to take a long, hard look at myself in the hypothetical inward mirror. Am I supporting things financially that I really believe in? Am I working towards goals in my life that I made and honestly look forward to?

Conversations with friends and family resulted in a realization that many others were having this same experience. Friends were starting to drift from Facebook as a result, and instead spending more time reading books about political issues. Family members were beginning to exchange the time that was previously spent at Target to instead learn to play a new instrument or retraining themself to play the instrument they hadn’t touched since high school. A realization that things that used to be important, be it physical appearance, material goods, or a job that ethically doesn’t line up with your morals, are simply distractions.

People who begin to ground themselves by doing things that truly better themselves, as well as researching not only hot button topics but other things going on in the world, are people who realize the importance of distractions. This sentiment is talked about in-depth during an interview in 2003 with the award-winning author of Infinite Jest, The Pale King, and Consider the Lobster, David Foster Wallace. As I watch the continuing protests throughout the country, and friends battle with their employers who are calling them back to work in environments that are unsafe, the word “rebellion” keeps coming back to me. Rebellion, not in the form of a teenager slamming their door, or a full-on militant uprising in a country, but simply in the form of microscopic defiance and a downright unacceptance of what we are told by social media, advertisements, and even certain friends and family. This movement is subtle, and if you blink you might miss it. Wallace says, “The thing about it, is in America we think rebellion is this very sexy thing that involves action and force and looks good.” He continues by saying, “The people who I know who are rebelling meaningfully don’t buy a lot of stuff and don’t get their view of the world from television and are willing to spend four or five hours researching an election rather than going by commercials.” This is the rebellion that is taking place.

Our country is changing. As people are fighting by protesting for justice for black lives in a very active manner, people are pushing back against preset rules and arbitrary regulations, passively taking a stand and choosing where to put our money, time, and emotions. I’ve witnessed people deny the power of political advertisements by spending time researching to have our own individual thoughts. Choose to stand up to inhospitable work climates by asking for respect from employers. Minimize consumerism and put our money in causes and brands that better communities and the world. This is how a rebellion within a country built on consumerism and a normalized sense of overworking its citizens is fought. I believe that as this simple rebellion continues, the more we will see this country heal through this pandemic.