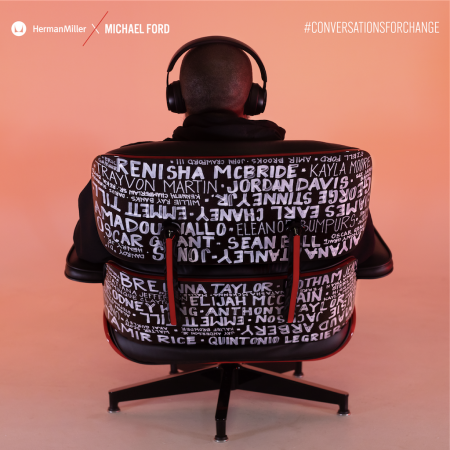 Herman Miller, a 115 year-old company that places great importance on design, the environment, community service, and the health and well-being of their customers and employees and “The Hip Hop Architect,” Michael Ford, are collaborating to provide a platform for honest conversations about racial inequity, social justice, and hope. 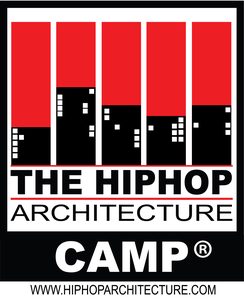 In 2020, the tragedy of George Floyd’s death sparked a global movement for equality where the world was forced to recognize a history of systemic racism and racial inequities faced by Black and Brown people. In the wake of protests came the need for greater education and purposeful action, as well as an intentional place for refuge.

The collaboration is centered around a remixed Eames Lounge Chair (ELO) as a symbol of refuge: a setting for open and honest conversation with the goal of leading to real and lasting change, says a press release by Herman Miller.

“I’m excited to announce a partnership with furniture company, @HermanMiller. Together, we will be hosting a virtual tour of The Mike Ford remixed ELO for a series called #ConversationsForChange.” says Michael Ford.

When Charles and Ray Eames conceptualized the Eames Lounge Chair, they defined it as a “special refuge from the strains of modern living”. In continuing this mission, Michael Ford remixed the iconic chair with handwritten names of victims of racism in the US as a stark reminder that these Black men, women, and children were not afforded the privilege of refuge.

The ELO will travel across the US from January 18, 2021, through February 2021 and people of influence; activists, actors, artists and design professionals will sit in the remixed ELO as they speak with Ford over Instagram Live via @HermanMiller and @thehiphoparchitect, about the racial disparities in their industries and the injustice that they’ve faced. Michael and each guest will look to the future and discuss what steps can be taken to encourage positive change.

The first stop is in Detroit at Detroit vs Everybody Conversations and are happening daily via Instagram Live. The tour will continue to D.C. Atlanta, LA, and Wisconsin. Audiences can follow along at @TheHipHopArchitect and @HermanMiller and join the discussion from their own space by watching the conversations between Michael and a roster of actors, artists, activists, and design professionals on Instagram Live.

The mission of the series is to encourage people to listen, learn, engage, reflect, and take a stand against injustice. Along with this important dialogue, those facing the adverse effects created by systems of oppression will be supported via funds raised for charitable organizations working to disrupt inequitable systems.

Funds raised will go to The Hip Hop Architecture Camp and Boys and Girls Club of Dane County located in the state of Wisconsin, which has been named the worst state for Black Americans to live. The two nonprofit organizations will also create a grant to support grassroots organizations providing places of refuge.

Audiences are encouraged to support, take action and stand against complicity by making a donation to support the cause at www.designxmikeford.com. Whilst all donations are welcomed, Herman Miller and Michael Ford are seeking the following impacts of investment: