HopCat: The Go-To in Midtown for a Quick Bite

The “Anti-Chain” Chain, as They Call Themselves, is a Gateway to the Best of Midtown 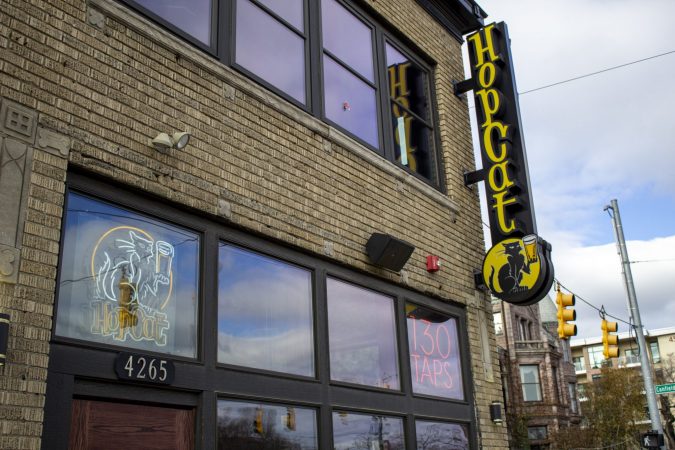 Loving HopCat is not a dig to the rest of the restaurants in Detroit’s Midtown. There are some things to commend, even if they are a “corporate entity.”

Let’s face the facts: A lot of the time, Detroiters love to support local, and there is certainly nothing wrong with that. So you may ask, ‘Why promote HopCat? It’s not like they need the help.’ But here’s the thing, we’re all about equality here, and that means when there’s a reason to give props to a business, whether it’s corporate or not, we show it some love.

That being said, here are some of the perks of visiting Hopcat’s Midtown location.

A lot of local businesses come with local hours. Not a diss directed at any local establishment, but a lot of the time, you may end up at HopCat because you went to grab something to eat in Midtown, and they were closed on a holiday like Memorial Day. The plus side to a corporate entity is that their hours will more than likely accommodate a holiday, which means I can walk right into the place and get a seat with friends.

For those of you that utilize the QLine, there’s a stop right out front. So if you’re not the best at navigating around the city (looking at you, suburbanites!), the Canfield Stop is directly in front of the building. This is also the same area where you can stop by Third Man Records, check out Hugh, Detroit Surf Co., or snag something for your pet at Cass Corridog. With a front-facing establishment featuring this much hype, it may coerce you into checking out some of the nearby establishments. 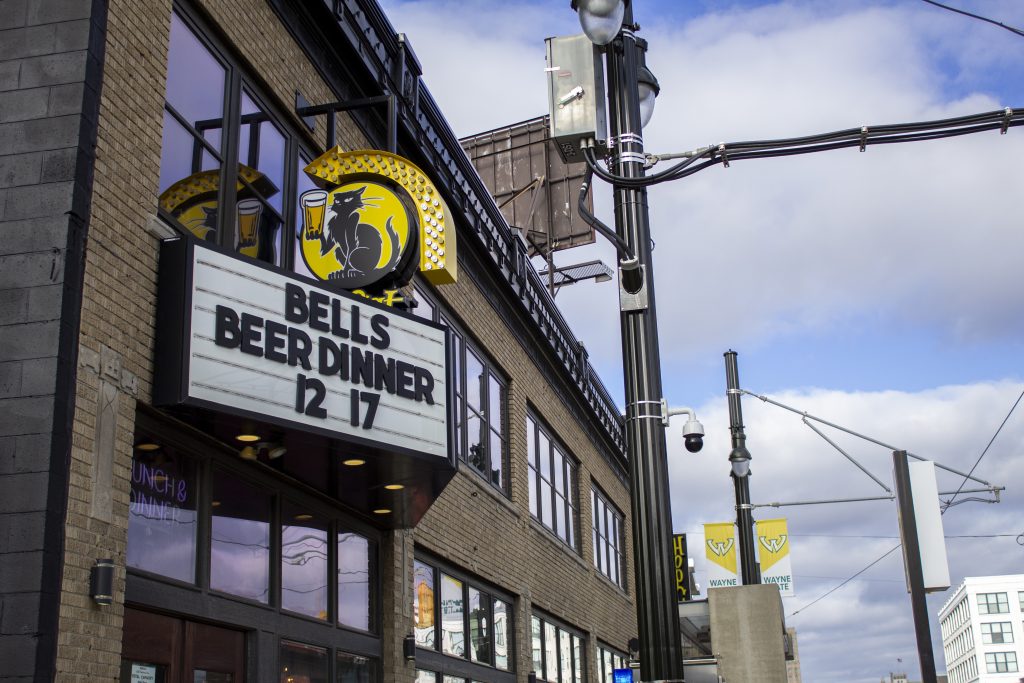 HopCat prides itself on designing every location differently. Each location has specifically commissioned artwork, so in the case of other chains, it’s not like once you’ve seen one HopCat, that you’ve seen them all.

With a multitude of beer on tap, it’s hard to say if you’d have a tough time finding a beer you like. With that much accessibility, plus beer from a tap just tastes better, you can’t pass that up if you’re indecisive on what you want to drink. The options only increase if you expand to bottled beer, so there’s bound to be something you’ll like.

“One thing every HopCat has in common is an industry-leading waste-reduction program, which allows us to recycle or compost 90% or more of the waste we generate,” HopCat boasts on their website. “We build relationships with local recycling and composting providers, source compostable products (such as straws, napkins and take-out containers) and train all employees in our sustainability initiatives.”

9/10, if you’re going to visit a Detroit-local establishment, you’re bound to be tipping a server that is working to cover their rent in town. If you can’t get behind a chain as a whole, keep in mind that you are supporting locals who have a job there. Ain’t nothin’ wrong with that.

As we’ve seen lately with other locations around the city, sometimes there are some blunders when it comes to remaining socially conscious. When met with discussion on the subject of the former name of their biggest seller, “Crack Fries,” HopCat’s owners decided it would be best to move away from the name.

“While the name Crack Fries was intended to be tongue-in-cheek, drug addiction is not a joke,” Mark Gray, CEO of BarFly Ventures, HopCat’s parent company, shared in the Youtube video below. “The drug crack has devastated many of the communities that we serve.” They have since changed the name fully to “Cosmic Fries,” and they still taste as good as before.

TIDBITS AS GOOD AS THEIR FRIES

Some other notable things to love the Detroit HopCat location:

To read more lists, food articles, and business articles about Detroit, please visit Detroitisit.com and our List It section.