How Does the American Diet Match Up Around the World?

Food Pyramids Depict Diets Across the Globe, and America’s May Not Be at it’s Best 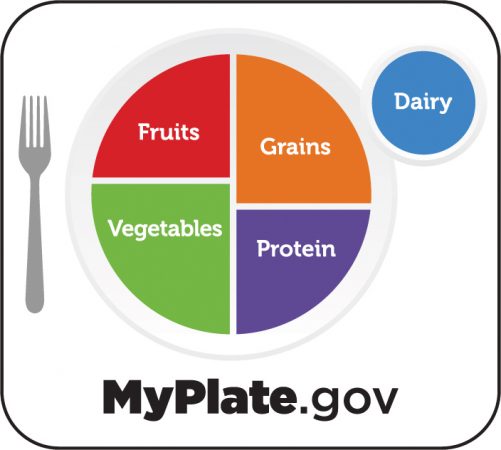 The idea of a balanced diet isn’t new to most of us. Narratives like “eat lots of fruits and veggies” and “make sure to eat your protein” have been embedded into our minds ever since we were young. If we close our eyes we can see the faint outline of the food pyramid we learned in school—each color and section depicting a different food group. But is the American diet the best diet out there?

Let’s take a brief journey around the world to see if there’s a thing or two we can learn from other diets across the globe. But first, let’s take a refresh on our own diet plan.

FOOD AND THE UNITED STATES

The U.S. switched over from the food pyramid diagram to MyPlate in 2011, which displays the varying consumption levels of each food group slotted out on a plate instead of the classic pyramid design. MyPlate displays a dividing line down the center of the plate, half being fruits and vegetables and the other half being grains and protein, and a small circle outside of the plate for dairy.

According to MyPlate, the American diet should consist of a high intake of vegetables and grains, a lower, but still substantial, intake of fruits and protein sources, and a few servings of dairy each day as well.

This depiction of the food groups on a plate aids in showing roughly how much of each food group should be consumed during each meal, making the concept more visual and easier to grasp long term. In deeper information, MyPlate recommends varying what types of fruits, vegetables, grains, proteins, and forms of dairy that we consume. This helps to create an even more rounded diet.

Japan’s food pyramid is depicted as a spinning top, looking almost like an upside-down pyramid. At the highest point of the 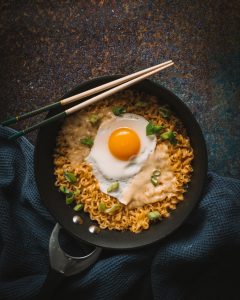 top is a tiny cartoon man running around a glass of liquid. This signifies the importance of physical activity and the necessity of water and tea intake on a daily basis. The next section of the top is grains, followed by vegetables then fish, and meat dishes. At the bottom, the tip of the top is divided equally into two sections, one for milk and milk products and the other for fruits.

Compared to the U.S. it is interesting how little fruit Japan’s pyramid suggests and how much focus is placed on physical activity and liquid intake throughout the day—both things of which MyPlate did not include. Along with this, the Japanese food pyramid suggests that snacks, confection (sweets), and beverages (other than water and tea) should be consumed in moderation.

FOOD AND GREECE AND THE MEDITERRANEAN

Greece’s food model is depicted in a pyramid design but is divided into daily, weekly, and monthly sections. The base and what is suggested as the largest part of one’s weekly diet consists of whole grains and unrefined cereals and products. Next is divided in two, the larger portion for vegetables, the smaller for fruit, followed by olive oil, and then dairy products.

The weekly section is divided up as well, containing most proteins, carbohydrates, and sweets. The top of the pyramid, which is recommended to be consumed only monthly, is red meat. Found at the sides of the pyramid as well, are reminders for physical activity and also the ability to drink wine in moderation. 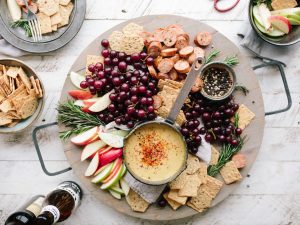 This pyramid is vastly different from Japan’s and the United State’s, simply from a viewpoint of daily, weekly, and monthly consumption. This splits up one’s diet to the basic food types to be consumed daily, then simple carbs, poultry, and fish only a few times per week, and red meat only a few times per month. From a health standpoint, this brings one’s diet back to the basics, on an ecological level as well a diet as such can be beneficial. Lessening the consumption of fresh meat, even if just to a few days a week, can help lower greenhouse gas emotions around the globe.

Also, let’s be honest, the fact that wine is a part of this dietary plan is beyond enticing.

South Africa’s food diagram depicts circles of food, each filled with its own food group and sized according to how much should be consumed daily. Starches and grains should be the bulk of meals, followed by fruits and vegetables, then beans, 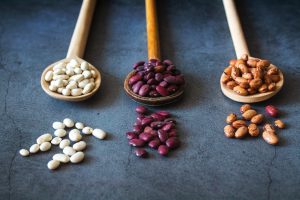 The interesting thing about this diagram is the added category for beans, lentils, soya, and split peas. The separation of bean and soy protein and animal-based protein leads to a similar result as that of Greece’s food pyramid—lessened greenhouse gas emotions—while still keeping meat a part of the diet.

Each suggested diet definitely ranges from country to country, but it is fascinating to see how each diet compares with America. It seems maybe as a country we can adapt our diets and adopt bits and pieces of other countries. We can adopt the emphasized physical activity and water intake from Japan’s spinning top, a simpler daily meal plan with heavier foods dispersed throughout the week from Greece’s pyramid, and a separate category for beans, lentils, and soy from South Africa to not forget our other protein options.