How Does Biden’s Infrastructure Plan Look for Detroit? 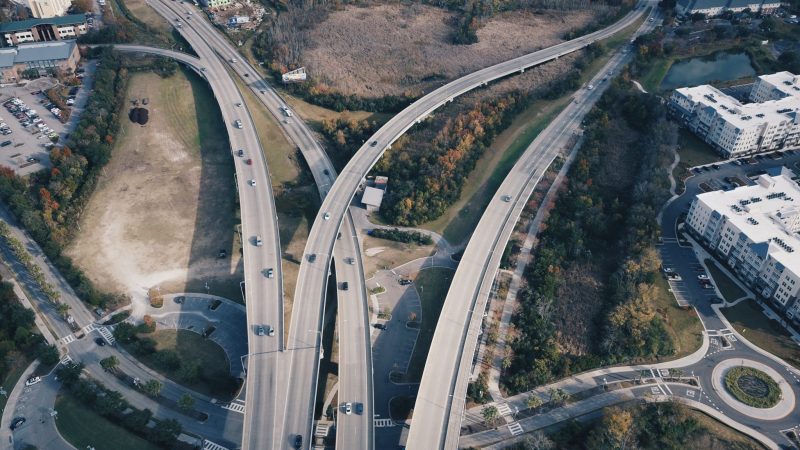 With potholes, badly needed bridge repairs, and more, it’s no wonder Michigan’s infrastructure received a D+ rating from the American Society of Civil Engineers’ most recent report on the state’s infrastructure. While America as a whole has earned a C- from the same ranking body, President Joe Biden is looking to accomplish a task none of his predecessors in recent decades came close to doing, fixing the countries outdated, dilapidated infrastructure.

The American Jobs Plan is Biden’s proposed answer to multiple contributing factors to the country’s C- rating, targeting crumbling roads, bridges, and water systems, an out-of-date transportation system that lags behind most of the world, an electric power grid that is vulnerable to outages or worse. Yet, after years of disinvestment in our own country, the passage of Biden’s plan is already facing pushback from conservative lawmakers, citing — matters that are only brought up concerning domestic spending — cost, allocation, etc.

Often touted as the “new FDR” by supporters, it’s safe to say that Biden will need to break away from the usual Democratic stance of governing and fight for his Infrastructure plan if he is even to come close to living up to that title. But, rather than lambasting Congress and the fight for the plan, let’s break down what is in the surprisingly decent proposal, looking at how Michigan and Detroit could benefit.

WHAT IS IN BIDEN’S INFRASTRUCTURE PLAN?

Citing the long-forgotten New Deal programs of the past, the American Jobs Plan aims to revitalize the country’s infrastructure by unifying and mobilizing the country in the face of COVID, climate change — and in an infantile imperial jab, also citing the dangers of an “autocratic China.” Prioritizing long-term solutions, the plan devotes 40 percent of the benefits toward climate and clean infrastructure while also working to invest in rural communities impacted by the transition to green energy.

To start, the outline first mentions fixing and rebuilding highways and bridges, upgrading airports, ports, and American transit systems. Biden’s plan aims to “modernize 20,000 miles of highways, roads, and main streets,” upgrading economically significant bridges while repairing 10,000 smaller ones and aims to provide more linkage to communities across the country.

While not confirmed and subject to change as the Bill is fleshed out, America could see 30= new routes, an enhancement to existing routes, the creation of more jobs, and an opportunity for real cross-country transportation alternatives to flying. In total, the complete transportation investment that tackles roads, rail, and the lot sits at $621 billion.

Biden’s American Jobs Plan also aims to invest in a more crucial area than transit, the water, electric, and high-speed Internet infrastructure that so many Americans depend on — yet are presently lacking.

Looking at water, Biden’s plan aims to completely eliminate every lead pipe in the country — working to improve the health and well-being of those living in vulnerable communities across the country. In doing so, the plan aims to create a number of union and prevailing wage jobs through a $111 billion investment.

This would also cover the laying of transmission lines, the capping of orphan oil and gas wells across the country, and the task of providing Internet access to the more than 35 percent of rural Americans who lack access to broadband. At its base, creating more jobs and training American’s for the future lies at the core of the American Jobs Plan, sitting in tandem with climate change preparedness and improving transportation and critical infrastructure.

This was just a brief rundown of the plan, and all matters in their entirety can be found at whitehouse.gov/american-jobs-plan.

HOW CAN MICHIGAN AND DETROIT BENEFIT FROM THE AMERICAN JOBS PLAN?

While it is unclear how much money would go to Michigan, the question remains. How would Michigan and Detroit benefit from the American Job Plan?

Well, for starters, we may finally see much-needed federal assistance devoted to road and bridge repair, freeing up state resources for other matters. The inclusion of upgraded and added Amtrak routes is also an appeal — as the inclusion of a Detroit to Toronto line should pique the interest of anyone with an itch for post-covid trips to Canada’s largest city.

While the matter of road repair is tricky once it gets to the state level, the Bill is still in the early stages of the debate, and more will be known in the coming months.

Yet, the inclusion of upgrading and repairing water infrastructure is another aspect that would greatly improve the quality of life for people in Michigan. Given that Flint still lacks clean water, the Biden plan could offer a sense of relief to the long ongoing crisis.

In the end, having a D+ rating on Infrastructure means something has to be done, and the American job Plan is a state. What the future holds is still up in the air, but Michigan has the chance to finally see support for the roads that have made our state the brunt of many an internet meme.