How to Bring Solar Energy to Your Community

The Michigan Department of Environment, Great Lakes and Energy [EGLE)] and the Graham Sustainability Institute at the University of Michigan Talked Ways of Incorporating Green Solar Energy Into Homes and Communities Across Michigan 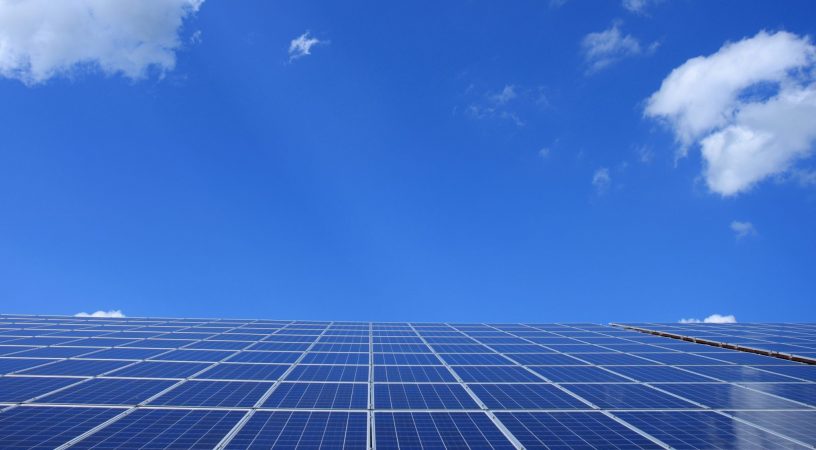 As part of a webinar series focused on solar development and planning in communities throughout Michigan, The Michigan Department of Environment, Great Lakes and Energy [EGLE)] and the Graham Sustainability Institute at the University of Michigan talked about how to better incorporate solar energy into homes and communities. The talk is all the more important as communities like Detroit sit on the frontlines of a changing climate, where the need to move toward readily available sustainable solutions is all the more apparent.

Using data from work already underway in Ann Arbor, Julie Roth of the Ann Arbor Office of Sustainability and Innovations walked through the process of creating a “solarize program.”

A solarize program is essentially a community solar energy program that seeks to contribute to an eventual 100 percent renewable energy-powered grid system. Based on Department of energy data from the Obama administration, the plan aims to incentivize the installing of rooftop solar panels.

The concept of solarizing is actually an idea that was rolled out under the Department of Energy, during the Obama administration, as a way to incentivize rooftop solar in communities via group buys and reducing the barriers to entry, shared Roth during the webinar. This was initially piloted in Portland, Oregon and I read — when I was thinking about how we might do a solarize in Ann Arbor — these, maybe 40 Something page guidebook on how to launch your own Solarize program based on Portland’s pilot and it was massive. It was very successful, but it also was pretty administration-heavy.

The process of going about setting up a solarize program is all about working together with members of a community to pool together resources and funding for widely installed panel systems. Roth described some of the methods in Portland as involving startup funds, neighborhood outreach programs and proposal requests from the city to acquire an installer through group buys.

“It was impressive and somewhat intimidating,” added Roth. “This was right at the beginning as we were wrestling with how to develop a plan to get to carbon neutrality. So we were in the nascent stages and knowing my own bandwidth and capacity, we decided to try something a little bit different.”

As she later described in her further webinar slides, the process of solarization did not need to be as complicated as initially thought. Described as a community-based, bottom-up, grassroots model, group buys are facilitated throughout the community by ways of meetings and talks, where residents go about choosing installers themselves, similar to how one would choose a service like a contractor or a plumber.

Once one person has the process setup, outreach is done through Facebook, Nextdoor, email, etc. Those interested attend an event where the installer and residents educate those interested in solarization, get estimates, and establish timeframes for installation.

Describing the benefits of this process, Roth first cited the ease of starting, as there are very few barriers of entry, low costs and as the program grows, the program can benefit small businesses and local installers rather than larger ones. Another perk she brought up includes that the process is entirely resident-driven, allowing those in the community to become more like advocates for solar energy rather than consumers.

Lastly, working through a grassroots approach, people are able to grow the system of renewable energy outside of their general vicinity. Working almost like a Venn diagram, mutual connections grow, allowing for widespread growth as opposed to a city-led approach to solarization.

“The idea is to create sort of a Venn diagram of the whole region were based on individuals and where they live and who they know outreach can happen to, to reach a whole bunch more people than we will be able to reach with Justice city led outreach,” shared Roth.

The Ann Arbor approach from Roth is a pilot program at the moment, but the group has completed 8 group buys total at the moment, with 3 currently underway. The program has also provided over $500,000 in savings of upfront costs for residents switching to solar, while meetings have averaged 44 people per meeting.

“The feedback that we’ve had has been really, really positive for the installers that are participating in the program, added Roth. “We are hearing that, that the program has helped them stabilize their business. We were launching right about this time last year after that first pilot, which was right at the shutdown of everything — and small businesses were pretty panicky. They have hired new jobs for their companies, engineers, and salespeople and paid interns.”

While the transition to a fully renewable energy run system will not be easy, the solarization method is a great way for people to take charge in their own neighborhoods and communities. For more information or to watch the complete webinar, please visit michigan.gov/climateandenergy.

Subscribe to our newsletter for more, as well as regular updates on all things Detroit and more.