Quiet Crisis in a Loud Pandemic, Human Trafficking has Only Grown During Covid-19

An Examination of Human Trafficking in Detroit’s Changing Landscape 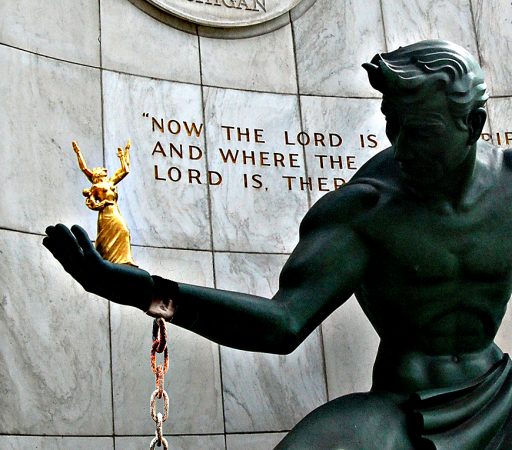 We talk about the Spring of 2020 a lot, and often, a grave surrealism haunts the narrative. Many reflect with a solemn reverence for not only when everything changed, but when it got so much quieter. As entire industries slowed and stopped in response to the virus, a sense of unnatural silence blanketed densely populated and busy places. Jobs were postponed, social lives deconstructed and considerations for the future were shelved.

In Detroit, where activity and development have only seemed to snowball in the last few years, the sudden stillness was a shock. But in that silence defined by lockdown orders, state mandates, and concern for public welfare, some of the darkest and most ill-considered parts of our society continued on, uninhibited by new restraints. They have adapted to the morphed social landscape. The criminal enterprise of human trafficking might be the most toxic of those institutions. 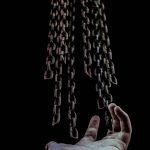 THE HUMAN TRAFFICKING HOTLINE HAS FIELDED OVER 63,000 CASES SINCE 2007

Human trafficking is the exploitation of people through control and manipulation. Plainly put, it’s slavery, whether it be for sex or labor and it’s often cited as the second-largest criminal industry in the world. In Michigan, the degree to which it has permeated society is shocking. According to the Human Trafficking Hotline, In 2019 there were 364 cases reported in the state ranking it the 8th highest per capita. The industry feeds on the public’s ignorance, its success depends on shade provided by our overlooking of the signs and symptoms of its practice.

Before the pandemic, Detroit drew a good amount of attention from traffickers. The combination of its international border with its frequent large, crowd gathering events made it an environment with a rich market for sex work. Any place with large congregations of people who may patronize the industry of human exploitation can attract traffickers. Detroit’s events and entertainment industry definitely qualify the city as such an environment. For example, the large crowds summoned by the North American International Auto Show made the event a known hub of trafficking activity.

But it’s been over a year since any such events. The border with Canada is closed and the entertainment industry as a whole has been suspended or dramatically hindered. Still, there is no sign that the pandemic has slowed the practice of human trafficking.

In fact, a press release in June 2020 from the Polaris Project, one of the most widely trusted sources of data on the topic, said that crisis cases handled by the Trafficking Hotline had increased by 40% in the month after the lockdown. But the tools and platforms through which traffickers reach victims have changed in numerous ways as have the dimensions of the fight against them. 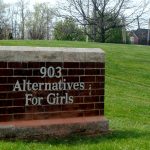 Sandra Ramocan is the Director of Outreach and Education Services for Alternatives For Girls, a Detroit-based nonprofit that serves women at risk for sex-related human trafficking. She says that the increase in time young people are spending in front of a screen, along with the restriction of trained eyes on their behavior has led to a large point of vulnerability within the victim’s own home.

“As many ways social media platforms can be used for the good, traffickers find a way to use them for the bad.” Last year, Texas courts denied attempts by Facebook to throw out lawsuits that accuse the company of allowing trafficking operations on their site.

Ramocan says that online video games have been a new tool used by traffickers during the pandemic. Predators will join games posing as a young person’s peer while masking the agenda of finding points of vulnerability through which the person may be inducted into the criminal enterprise.

The fact that kids aren’t in school plays to the favor of predators. Teachers and staff who may be aware of the signs of human trafficking cannot actually see the students and therefore cant raise concerns when they see behavioral indicators that may indicate a trafficking situation. As Ramocan puts it, “There’s only so much you can see as a caring adult or teacher through a screen.”

One of the strongest preventative ways to combat trafficking is by educating the public. Ramocan likes to say that the eye only sees what the mind knows. Prior to the Pandemic, AFG would go to schools to hold lectures on the parameters of human trafficking and show people what to look out for but now vulnerable populations are harder to reach. Ramocan says that students have been working so hard with their online schoolwork that asking them to take extra time to learn about something outside of their curriculum has been a challenge.

AFG has been working with schools to try to find a system that works but has had a hard time navigating the bureaucracy of the public school system. With the issue of the isolation of students in mind, State Representative for the First House District, Tenisha Yancey says she is currently inquiring with the Superintendent of Detroit Public Schools to see if they are conducting frequent home wellness checks for students as she believes the pandemic has made it much easier for the traffickers.

Education is used as a preventative measure outside of schools as well. In 2014, Michigan enacted a mandate requiring healthcare professionals to participate in training on human trafficking after which AFG saw a noticeable increase of incidents reported by members of the healthcare industry. Many would like to see the reinforcement of measures that seem to be working, but the virus has made that difficult.

In 2019 the Human Trafficking Commission recommended another package of 30 bills including one that would expand training mandates to other licensed professions. 29 of the recommendations were introduced as bills to the Michigan Legislature, however, they were followed shortly by COVID-19 and expired as the pandemic took precedent for the rest of the reporting period. According to the Human Trafficking Commission’s 2020 report, the Commission hopes to reintroduce the bills in the future.

Although the delay of legislative action is problematic, it’s probable that the most alarming detriment that the pandemic has brought to this equation is its disruption to the services provided for trafficking victims. AFG used to be on the streets every night, spreading information and distributing food or harm reduction kits. They also have a facility to which they would invite trafficking victims to bathe.

The pandemic has made it hard to do this kind of work. AFG depended on trained volunteers for much of it and those became much harder to find after the stay-at-home orders. They couldn’t go out every night anymore and the crisis center couldn’t field calls as well as it used to. New safety protocols meant people couldn’t easily come into the facility. Still, AFG found ways to adapt, bringing literature to places frequently visited by trafficked persons and providing care packages.

CANADA CLOSED ITS BORDER WITH THE US INDEFINITELY IN MARCH 2020

Looking to the future, Yancy says that the fight against trafficking is work that needs to be done collectively across Michigan. Human Trafficking doesn’t have borders and lives in the shadows, making it in her eyes, a topic that needs to be addressed in all municipalities.

Information and data on the topic do not accurately portray the scale or boundaries of the issue and stereotypes often fill in the gaps interfering with progress. Ramocan says “many cases are under-reported. We have no idea how much is really going on.”

Everyone is not on the same page. One example can be found in the controversial vote on March 2020 by Novi City Council against a resolution that would require the city to provide training for the prevention of human trafficking. According to the meeting minutes, Mayor Pro Tem David Staudt said that “This is not an issue about human trafficking, rather an issue of the City Council imposing its will on public safety professionals.”

Commenting on the decision, Ramocan says “It’s very important that our law enforcement and the community at large get the education they need and are very aware. This is how we save lives…I don’t see this as an infringement on law enforcement. I think that it’s a measure to save our kids’ lives and to protect those around us who are vulnerable.” Yancy elaborates, “Obviously there is an issue if we are anywhere near the top tier, so why would you vote down a resolution that would require agents to learn more about the topic?”

However we as a society are to approach the issue, it must be without stagnation. The rapid changes to the arena of the last year are here to stay and will continue to evolve as the measures to combat them adapt. As Ramocan puts it plainly, “We can’t become complacent at all because more people are becoming more and more vulnerable because of the pandemic.”