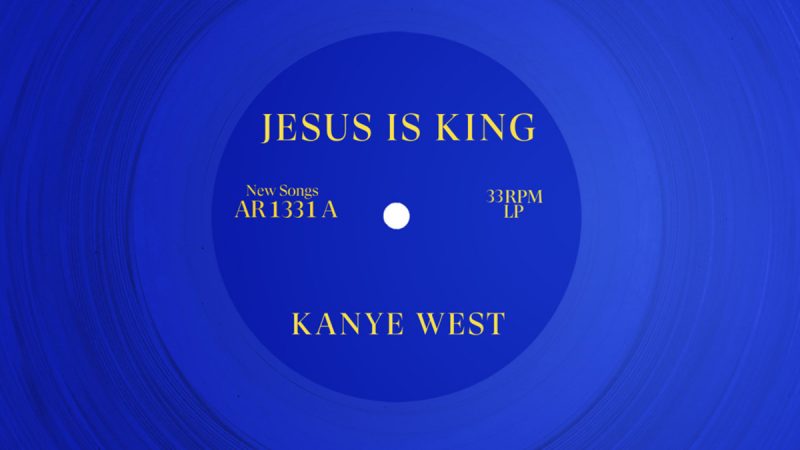 Kanye West’s ‘Jesus is King’ was finally released Friday, October 25, after many growing pains, and missed deadlines. The Gospel / Hip-Hop hybrid may be recognizable to Detroiters who attended Kanye’s “Sunday Service” last month at The Aretha (formerly Chene Park).

The album was running behind due to some tweaks that Ye wanted to make prior to release, and the deadline kept getting pushed week after week. While many fans were hoping to hear the new album at midnight Friday morning, it didn’t drop until around noon, and consumers who bought Sunday Service merch online received the album download at around 2:30 pm.

The first two songs of the album, “Every Hour” and “Selah” feature the Sunday Service Choir, and those who took video from the event can match up the songs in their draft-fashion.

The album itself has the signature sound of Yeezy’s beats, however, due to the subject matter of the album, there is absolutely no swearing or sexual content, and says that he plans to keep his music like this for the remainder of his career.

Another “notable” track is “Closed on Sunday,” which has been already the talk of the internet for its lyrical content, as the lead verse is “Closed on Sunday, you are my Chick-Fil-a.” The company, being of religious veins, fit the message perfectly but left many Kanye stans in stitches for how hilarious the track was. The flip side is that it will probably be a discussion among listeners as to if Kanye fosters the same beliefs about the LGBTQ+ community as Chick-fil-a donates money to Anti-Gay groups.

Kanye has already said that a tour is in the works and will be planned as quickly as possible, so we will most likely see a Little Caesars date in the near future.

Listen to ‘Jesus is King’ on all streaming services now.