Know Your Rights While Protesting 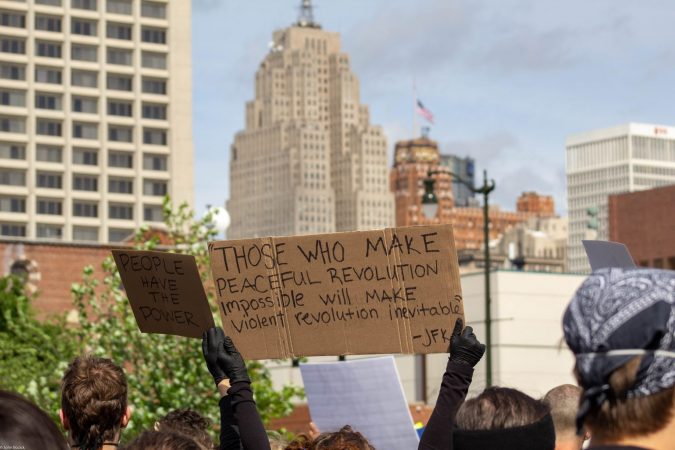 Demonstrations have continued for almost two weeks now, as Americans and individuals around the globe express frustration and anger over the extrajudicial murder of individuals such as George Floyd, Breonna Taylor and countless others. When heading out into the streets, it’s crucial to know your rights, both as a demonstrator and as a member of the media, since many recording laws apply to both press and protesters.

If viral videos and on-scene reporting are anything to work off of, law enforcement agencies around the country have been brutal in utilizing force to pass their interpretation of what your rights are at a protest. The American Civil Liberties Union [ACLU] has created a set of resources that should clear the air about what rights you have granted to you under the United States Constitution.

YOUR RIGHTS AS A PROTESTER

In a video released on the ACLU YouTube channel, and featured above, some rights guaranteed for protesters are outlined by free speech attorney Emerson Sykes. It’s important to remember that the First Amendment guarantees the right to protest freely and any attempt by an outside force to prevent someone from exercising that right should not be tolerated.

On the topic of the police also comes the issue of recording police actions. Noted in the video, while some state-level restrictions may affect audio recordings, still-images of police and videos are fully protected as your rights under the constitution and you have full freedom to record or photograph the police doing their job.

“The police can order people to stop interfering with legitimate police operations, but video recording from a safe distance is not interfering. If you get stopped, they don’t have the rights to take or confiscate any videos or photos without a warrant,” Sykes states in the video. “If you are videotaping keep in mind that in some states the audio is treated differently than the images, but images and video images are always fully protected by the First Amendment.”

The video also outlines that during a protest, the primary role of law enforcement is to protect your right to protest, and to de-escalate violent situations should they arise. If you are arrested, Sykes urges those watching the video to remain silent, ask for a lawyer and not to sign anything until you have had the chance to speak with an attorney.

Additionally, besides a right to an attorney, detained protesters have a right to a phone call, which, if involving a lawyer, police will not be legally allowed to listen in on.

Lastly, when protesting, it is illegal for police or any form of law enforcement to attempt to go onto your personal device to delete texts, photos, or anything else that can be deemed your personal data.

If you are heading out to a protest, it is essential to remember your rights and to utilize them properly, should the scenario they are needed arise. To further prepare those going out to protest, the ACLU took part in an online training exercise that should help reinforce your rights and how to use them.

Catch the recorded online training session here and prepare yourself f you are heading out to demonstrate, know your rights and stay safe.