A Talk With Landis Spencer, Candidate for the Detroit Board of Police Commissioners

Spencer Talks the Need for Change To the Board, the Defund the Police Movement and Why Money Spent on Policing in Detroit Can Be Better Spent Elsewhere 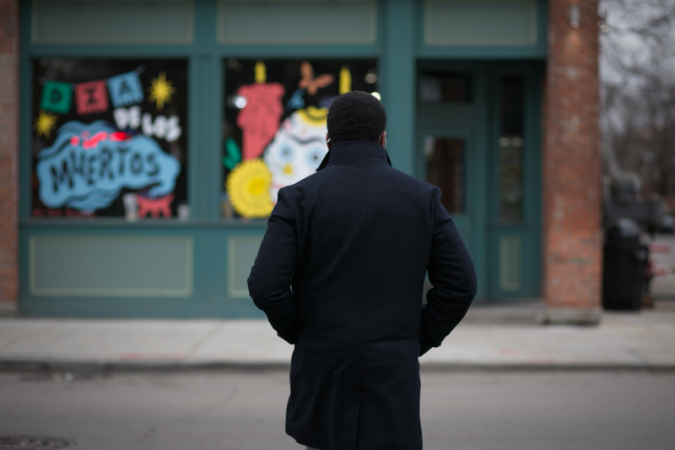 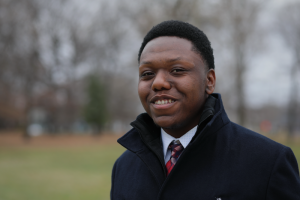 While protests may have fallen from mainstream coverage in many American cities, the fight against police violence is not gone — and in cities like Detroit, the defund the police moment has taken its voice to the very oversight body of the police. Landis Spencer, a young, long-time politically active individual, seeks to win a spot on Detroit’s Board of Police Commissioners (BOPC) with the hope of using his position to sway the board to finally use its power in standing up to the Detroit Police Department.

Born in the aftermath of the destructive Stop The Robberies, Enjoy Safe Streets (STRESS) tactics — used by the Detroit Police from 1971 until 1974 — the Detroit BOPC was initially meant to work as a system of oversight for the police department. But, over time, the board began to fill with former police officers and the like, losing its sense of civilian oversight.

Spencer, who is running in district six, aims to put a civilian voice back onto the board so as to use the body as a means to reallocate much-needed funding away from Detroit’s increasingly militaristic police and back into city sectors that are disproportionately less funded.

WHO IS LANDIS SPENCER?

Sharing what initially got him interested in the BOPC as a whole, Spencer stated, “I started to research the board more and I realized that, wow on paper it actually has the power to do way more things than it’s actually achieving.”

Believing the board failed to respond to the movements of last summer, Spencer aims to use his knowledge and expertise as an organizer to help push for issues like less funding for prevalence programs, more civilian oversight for police and allocating funds to more crucial aspects of the city. He also hopes to make more people aware of the board as a whole and the power it has over things like the police budget.

For Spencer and his campaign, the largest area of focus is on an issue of grave importance to many in Detroit — facial recognition technology and surveillance.

“One, it’s expensive and two, it misidentifies black people 95 percent of the time. The way the department will tell you they around that is that they have five people look over the image to make sure it’s accurate, which one is just such a waste of money,” he shared. “If you have technology that doesn’t work and you need five other staff salary people to be in charge of reviewing that footage to get a correct decision, it’s probably something you shouldn’t be investing in. And, in fact, someone did slip through the cracks with this technology, as Detroit has the first case of misidentification with facial recognition technology in the entire country.”

“In a city that’s over 80 percent Black to have a technology that works like that is just truly terrible. But, I’m also against surveillance technology on its face, even if it did work, I don’t believe that’s where we should be putting dollars. I think that police having eyes on every single corner does violate people’s right to privacy.”

Backed by community organizations like the Metro Detroit Democratic Socialists of America, Spencer stressed community involvement in helping him to win the race for a seat on the board. By working with groups like DSA, Detroit Will Breath and others, he hopes to use the grassroots pressure of these movements to help his campaign and sway other leaders into supporting ideas that would be beneficial to Detroit.

“It’s everything; it’s 100 percent everything. No politician can do at all and if they say they can, they’re lying,” Spencer added while discussing the importance of grassroots movements. “Also, we can’t wait every four years to knock this person off here and there till you get a progressive majority. These grassroots orgs are vitally important to moving people and changing the minds of elected officials to really get progress.”

While pushing back at all levels of governance — from the local to the state and federal levels — is key, in a city like Detroit, the BOPC sits in a perfect spot to drive change in the city. The only problem is that the board has failed to act as a system of oversight to police, being filled with former officers while failing to act in a community-oriented role.

A NEED FOR CHANGE TO THE BOARD OF POLICE COMMISSIONERS

“The board plays or should play a very vital role — that’s why it’s very important to pay attention to these races and to make sure that people getting on arent police officers themselves and they’re from the community and they’re community-oriented — because even though the board doesn’t have an overview of the whole budget, for one, it has final say on the police budget before it goes to the mayor. Also, the things that the board approves do come out of the general fund,” Stated Spencer.

Having this power extra sway over the budget, Spencer believes that taking more civilian control of the board is a good first step to moving much-needed funds away from the bloated Detroit police budget and into more crucial services like community centers and other needs Detroiters face. He also believes that in the face of matters like facial recognition, civilian involvement on the board will be key to pushing back against such policies.

“So, if the board okays facial recognition software and the extended multimillion-dollar expansion of Project Greenlight, these are millions of funds that are not being used toward things like community centers or DDOT. It contributes toward the increases that DPD comes to the board every single year and asks them to approve. It even extends to weapons purchases from the Pentagon, or you name the frivolous spending of DPD, it ties back the policy and ties back to the board no using its power to make sure that all of our tax dollars are being spent in a way that’s actually making us feel safer. That’s vitally important to a city like Detroit where we have very underfunded services.” 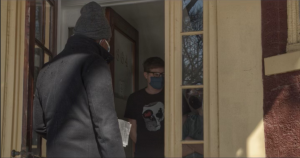 SPENCER CANVASING FOR HIS CAMPAIGN.

Spencer stressed that when we look at underfunded services in Detroit, the police receive too much money while not really working to make the city safer. Things like community centers, counselors and other non-punitive measures would reduce crime better than more officers receiving even more training.

This idea that police have too much money compared to vital community sectors is also not a new idea and the whole idea of”Defund the Police” has existed for decades. Rather than simply erasing police with the stroke of the pen, the term means taking police resources from bloated budgets and investing in sectors of a community that desperately need support.

“Many movements have realized that we give the police too much money and because we have such an overreliance and a myopic view of what public safety is, we tend to just route all of our resources toward the police department. The Black Panthers realize this and realize that additional training and stuff doesn’t necessarily work and that the police have too much money,” stated Spencer. “This has been a back to that and through other movements to limit the resources that the police have and try falling back into other places that could decrease crime.”

At high-level, the term defund the police is exactly what it says. It’s taking money and access money away from the often bloated police budgets and putting it in other areas that could better address crime, he added.

Describing crime as just the tip of the iceberg, Spencer brought up a problem prevalent in Detroit and other cities across the country — the moving of funds away from crucial community resources into police budgets.

Looking at the present situation, Spencer pointed out multiple steps the Detroit Police could make at any given moment to drastically improve not just their relationship with Detroiters but the well-being of countless Detroiters’ quality of life.

“The first thing is that they have to stop using all the surveillance software — they have to stop with facial recognition technology. They need to stop purchasing weapons from the Pentagon and they really just need to start requesting less money and using the dollars that they do have in areas where people want them to allocate it.”

Citing up aspects like low response time, Spencer added that an issue like this — which is often of complaint from Detroiters — could be solved if police weren’t playing the role of social workers, attacking protesters demonstrating against extrajudicial violence, or wasting time issuing tickets. He also added that police could make better use of their time to investigate unsolved murders in Detroit, as well as addressing the many uninvestigated rape kits in the city.

At the end of the day, Spencer’s campaign is also about working to create a better, safer Detroit where people are protected from systemic police abuses and violence while also seeing their money better spent in their community. But, like all movements, the fight cannot be won by any single person alone and Spencer welcomes all support for his campaign.

“There’s plenty of opportunities to knock doors; we’re not just talking about myself; we’re talking about the issues of policing as a whole and the board. We’re really trying to educate Detroiters on what this function is because it’s vitally important,” added Spencer. It’s vitally important to get a base of folks that know this and understand this so when, when I do get on the board, we have the space of people that can help me push for these issues.”

Volunteer and support opportunities can be found at landis4bopc.com/volunteer.