The House of Representatives Formally Voted to Impeach Donald Trump, Becoming Just the Third President to Face Such Proceedings 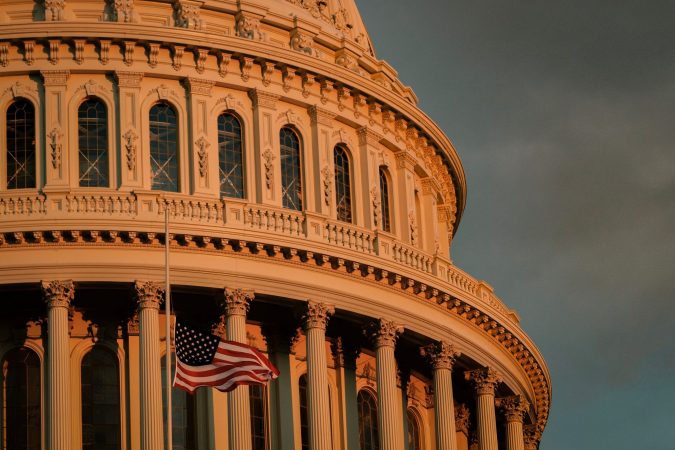 It’s finally happened: the House of Representatives formally voted this week to impeach Donald Trump, becoming only the third president after boozehound, Andrew Johnson, and Ole Slick Willie, to face Impeachment. But, leaving our personal opinions about the legality and relevance around the case for impeachment aside, here’s the rundown with the ever-so-controversial Impeachment Hearings.

At this moment Trump is solely being investigated for his involvement with Ukraine, a situation that saw the President make a summer phone call to the President of Ukraine, Volodymyr Zelenskyy, where he asked him to open an investigation into Joe Biden and his son, Hunter Biden, who had served on the board of a gas company in Ukraine. After a vicious period of debate around the matter that saw some Republicans compare Trump to Jesus Christ, the House of Representatives formally voted along party lines to charge the President with two articles of impeachment, Obstruction of Congress and Abuse of Power.

The next step in the ordeal is the Senate hearing, a process that will involve a team of House members, known as managers, who are chosen by Speaker Nancy Pelosi and voted on by the House, acting as prosecutors. With no limit to the number of managers, this team will be met by the White House’s legal defense team who will be acting as defense attorneys.

Once gathered, the hearing will be somewhat similar to the one in the House, but more discussion will likely be done behind closed doors, with the final discussion being the most public affair. Once the Senate hearings begin, it’s important to remember that no action can be taken against Trump unless the Democrats secure two-thirds of all Senators, which would total 67 if all are present. The Democrats need the support of almost 20 Republicans to remove Trump from office.

Yet, despite the formality of the Senate proceedings, it has been no short of controversy. Citing the Majority Leader’s previous comments about coordinating the President’s trial defense with the White House, Senator Sherrod Brown called on Mitch McConnell to recuse himself from the investigation to make the process as least partisan as possible.  As of yet, the Majority Leader has no plans to do so, and the hearing is scheduled to begin sometime in January at the earliest.

At the end of the day, the impeachment proceedings are more of a Shakespearean political drama in that they are a theatrical shouting match between the Democratic and Republican Party. Both can put on a show to get the television airtime, but in the end, facing a Republican-controlled Senate, it’s unlikely the proceedings will see Trump removed from office.

What comes next is anyone’s guess, and given the already out of norm political climate that is the Trump Era, it’s anyone’s game.

Let’s hear your thoughts, Detroit. Will the proceedings amount to anything, or should the media focus be on more important issues that have been flying under the radar for the past month, such as the recent release of the Afghanistan Papers?