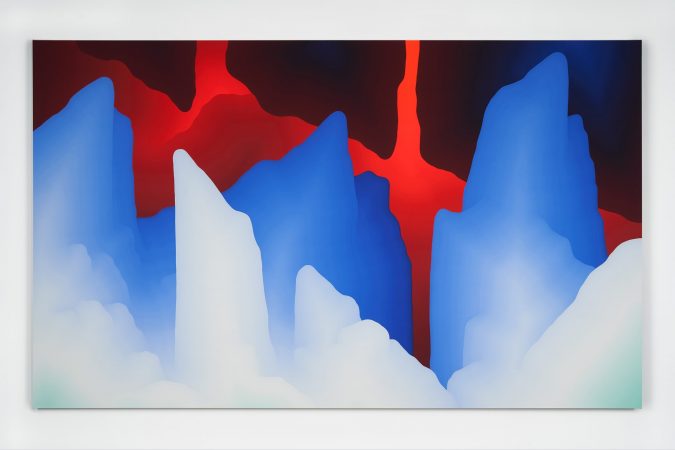 A new Snarkitecture-designed gallery is coming to Detroit. Library Street Collective, which specializes in the presentation of contemporary art with a focus on artists who have pushed the boundaries of a traditional medium, is colliding with the famous Snarkitecture studio, which searches for the unknown, creating work that includes large-scale global projects, installations, and now, a project in The Belt. 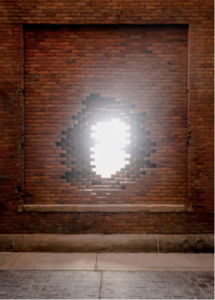 The project is the second collaboration between Library Street Collective and Snarkitecture; it follows the playful and unexpected “The Beach Detroit” in 2019, which reimagined the familiar natural and cultural elements of a day at the beach to create a whimsical and interactive experience.

Snarkitecture’s work focuses on the reinterpretation of everyday materials, structures, and programs to new and imaginative effect. With a conceptual approach centered on the importance of experience, the studio creates unexpected and memorable moments that invite people to explore and engage with their surroundings.

Located on the ground floor of the iconic L.B King and Company Building, from the early 20th century, this new intervention marks the first time that Snarkitecture is working on a historic building. Taking inspiration from the original brick, the new façade recedes into the gallery space to flood the interior with natural light. 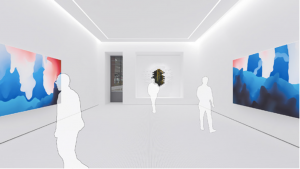 VIEW TO THE FRONT OF THE GALLERY SNARKITECTURE

Snarkitecture, with Breanna Urquhart as project lead, has created a flexible environment to accommodate Library Street Collective’s varied programming, and a display wall at the back of the gallery doubles as a partition, behind which built-in bookshelves, a customized desk, and a sliding ladder allow the space to function as a library and office.

“Detroit is home to some of the finest architecture from the 19th and early 20th century in the United States. It’s been an honor to design a new gallery in the L.B King and Company Building, which first opened its doors over one-hundred years ago, and to imagine how this may fit into the greater vision for The Belt. We cannot wait to see how Library Street Collective will take full advantage of the space,” said Alex Mustonen, co-founder of Snarkitecture.

For the inaugural exhibition in the new Library Street Collective space, Sam Friedman will present a new series of works, with KAWS as the show’s curator. The pair have collaborated in the past; Friedman worked for KAWS early in his career and the two have remained close friends over the years. Inspiring this body of work is Friedman’s continued exploration of the abstraction of nature through sentience and the organic application of paint.

Though the works have elemental and naturalistic qualities, they are built not by reference to the physical aspects of the outdoors, but by the flow and movement within nature to address questions about the practice of painting itself. Friedman believes in the calming of the mind for artmaking, which is a continuous process of building, reinventing, and growing, with each experiment encouraging innovation.