Founder of House of RAW (House of Research Worldview), Cristin Richard and Isabelle Weiss, appraiser of Fine + Art and Collectible Design and founder of NEXT:SPACE are teaming up to offer “Localizing Luxury” a two-part lecture series. A virtual session will be offered at 10 am or 4 pm on September 16th. Private group sessions are available upon request. Tickets are still available – get them while you can!

Joining forces, the series will be two presentations in one. “The two-part series is based on the fact that Cristin and I had both started planning our own talk and realized that there was really great synergy between our topics and so we thought why not join forces and make it a little bit bigger.” says Isabelle Weiss.

The two-part lecture series emphasizes the role of our own communities in redefining global luxury and consumption. Participants can discover a more conscious and sustainable future landscape through trend forecasting + design analysis from Cristin Richard + Isabelle Weiss. 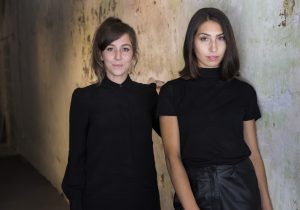 Part 1: Then and Now Luxury Forecast, will be held by Cristin Richard as she takes a deep look into the key lifestyle behaviors and societal shifts that will redefine the luxury market. This part of the Localizing Luxury series will have a primary focus on fashion and interiors, three aesthetic concepts will be presented through the identification and analysis of global design trends.

“​I have been practicing as a Trend Researcher and Forecaster for just over a decade. I provide recommendations to different clients on how to basically make their products relevant, whether it be just aesthetically with color and texture, grain or gloss level” says Richard who looks at innovation and aesthetics while also keeping an eye on what’s going on around the world culturally and how things are shifting.

In this particular presentation, Weiss and Richard gravitated toward a focus on luxury because of the COVID-19 pandemic and individuals being forced to behave so much differently, ultimately seeing a shift in values. Weiss and Richard understand there will be a shift away from investing in something that’s a big brand name, people are realizing that they need to invest their dollars locally, and support the innovation and the experimentation and all of the wonderful things that are going on with local artists and designers.

Part 2: What are Objects of re: Socialization? In this presentation, Isabelle Weiss will explore the relationship between the design object, societal values and the concept of collecting. She will also present her current venture, Objects of re: Socialization, a design publication + film project. As a counterpoint to careless output and consumption, the project offers an intimate look into the studios of independent designers creating objects that reflect our own shift in values and offer solutions to many challenges we face as we build a stronger future.

The session will focus on the idea that something that is created to be a multifunctional object and understanding the concept behind that and the approach the designer to to bring it to life. “I’m taking a look at different work and different approaches/perspectives that designers are employing and really connecting them to this broader conversation. Whether it’s global relevance or more of a humanistic, universal perspective that like all of us are like feeling right now, we’ll explore the ideation behind it.” says Weiss. 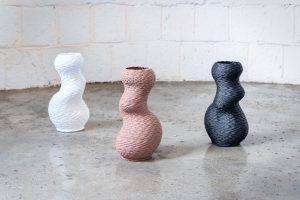 TURBULENCE VESSELS BY CODY NORMAN / NEXT:SPACE FROM OBJECTS OF RE:SOCIALIZATION

Weiss will provide a look into three different design studios, Cody Norman, Alanis McNier, and Paula Schubatis, and will not only show images of their work but images of their process. Her research has come together over the summer, called the Archive Project that goes into the studios of different designers and documents their process physically, mentally, and how they’re making the word more interesting and relevant.

“These three designers really create objects that become physical embodiments of social concepts. And that is where the name Objects of re:Socialization came from. I really believe in the power of objects as social tools and that we connect with them on a deeper level” says Weiss, explaining that art is an expression of our existence and it contributes to the greater culture and how we sense ourselves in the world. 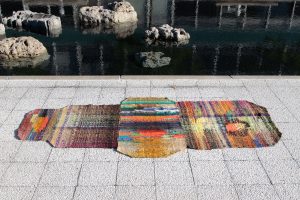 Register for one of two virtual webinar sessions HERE or contact cristin@houseofraw.com to schedule an in-depth, private group session for up to seven attendees. Private sessions will be held at Lisa Spindler Studio and include a tour of the current exhibition along with discussion tailored specifically to your industry. Group price includes refreshment and complimentary trend + design books from House of Raw and NEXT:SPACE. Private sessions available from September 18th through October.