The Changing Face of Education Amid COVID-19

In a Talk Hosted by Chalkbeat Detroit and the Detroit Freepress, Education Leaders, Students and Parents Discussed Where Education is Headed Amid the Ongoing Pandemic 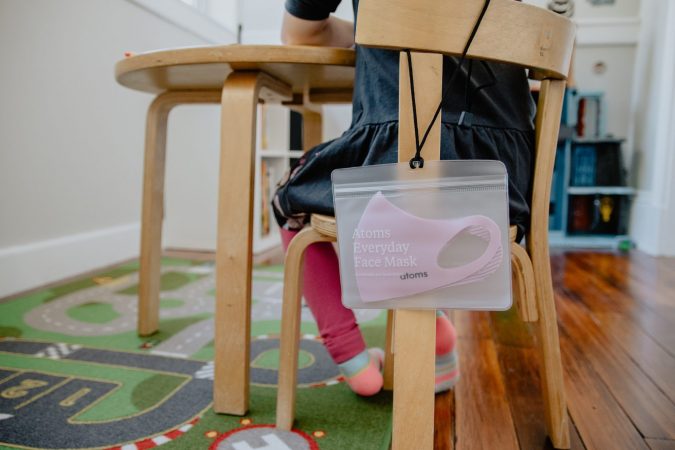 When restrictions first began in an effort to slow the spread of COVID-19, the idea of education and schooling changed almost overnight. Restrictions came, schools closed, some moving online, some closing for a few weeks and opening again once the next outbreak started—the process repeating in some cases until summer break.

THE SPEAKERS TALK EDUCATION ON ZOOM

Yet, as the warm weather came and went, the return to school came as it always did, but with COVID-19 cases more prevalent than ever, education looks different this year. Remote learning, across the board, schedules that students aren’t used to, and planning that is oftentimes different from district to district, schooling had suddenly become exponentially more complicated.

Looking to the future and hoping to spark a productive conversation, Chalkbeat Detroit, the Education Trust-Midwest and the Detroit Free Press hosted a talk on Zoom about the future of education policy amid the pandemic. The speakers on the panel included Rep. Brad Paquette, R-Niles, current vice-chair of the House Education Committee, Rep. Darrin Camilleri, D-Brownstown Township, minority vice-chair of the House Education Committee, Ama Russell, Cass Technical High School Senior, and a Detroit youth activist, Cara Lougheed, an educator from Rochester Hills and the 2019 Michigan Teacher of the Year and Michael Hutson, a concerned parent, and member of the Michigan League for Public Policy.

Taking questions from those in attendance, the panel worked to address some of the issues students, tears, and parents face during this complicated school year. With the first questions pertaining to some of the struggles being faced by students during this time of online learning, Cass Tech Senior Ama Russell spoke about some of the privacy concerns facing students at this time.

“Back before school started, we started petitioning for an online bill of rights, that outlined that we want to make sure students’ have protection with not having to have their cameras on. It shouldn’t be mandatory, because it’s kind of an invasion of the home. This is one safe space that you have and if you just don’t feel like having your camera on, that’s valid,” stated Russell.

“We don’t want policing at home; we want to make sure that scheduling is something that is impactful and we’re mindful that we can’t go eight hours on Zoom. That was like a constant battle with my district that we were going eight hours on Zoom until November. So it was this battle that we could take everything that was happening in the classroom and transform it back or take it into virtual learning and we knew that wasn’t working and that had a big toll on my mental health,” She added. “It was hard to keep up with seven classes and do all of that all day while trying to focus on college applications, my home life and COVID-19. It has been really hard.”

Another question went to parent and member of the Michigan League for Public Policy, Michael Hutson. Asked about what support he would like to see as a parent, Hutson brought up the amount of parent participation that takes place in online learning.

“What my experience has been with children out of school has been that there’s a great deal of parent participation that’s required. I work from home, so I’m able to dedicate that time to our children. But, in the event for other parents that are essential workers, that have to go out and work every day outside of the home, this presents a huge issue for kids that are stuck trying to figure out how to use technology,” shared Hutson.

“Maybe a Zoom meeting ID changed and they’re uncertain how to get to the new link. They may be struggling because they’re on the IEP [Individualized Education Program] and they need their resource teachers’ help show where to get to the new link. Those are some of the issues that I noticed, but when school returns to in person, there’s going to be a great deal of work on getting everyone reactivated,” he continued. “There should definitely be some sensitivity training to that and there should be plenty of resources available. Occupational therapists seem to be a huge issue with having them available to all the children who need them, regardless of what particular level they’re at. If some are doing a little worse than they are, but they still need the help, they shouldn’t be damaged due to, say, a budgeting issue or a resource issue.”

Giving the teacher’s perspective on the matter, Rochester Hills-based educator Cara Lougheed addressed a question about what some schools are doing to support students and ensure they are all caught up in their online learning. Responding, Lougheed pushed back on the idea that students are behind in their learning.

“It comes up a lot. We’re worried that our kids are behind, that they’re going to need to catch up to something and I just want to take a minute to just remind everybody that this is a global pandemic. Our entire country is going through this. I don’t know if we’re actually behind. Our kids are experiencing this with us, and we have made lots of changes to the pacing of curriculum,” shared Lougheed.

“For my part, I worked with my fellow department members to figure out what are the most important things that we need kids to know before they go to the next level. I know that’s what everyone’s been working on at all levels, but I just want to caution everybody to maybe reframe that a little bit. Our kids aren’t necessarily behind unless we tell them they’re behind. The standards are arbitrary; we make them based on what the average is, what we think kids might need to know,” she added. “But we can decide what we need to review. We can decide what we can set aside what we need to emphasize. My seniors are doing the same thing that my seniors last year were doing. Maybe not with as many examples, or maybe with not as much time with me. They’re still hitting the standards and then I’m giving them more time to resubmit, more time to redo, giving a little bit of grace of late work and things like that, just so that our students feel that they’re being seen and heard and they have ample opportunities to do what they need to do.”

Stressing the need for educators to collaborate, Lougheed also added, “Allowing us to work together, that’s really important. Teachers collaborating so we don’t feel like we’re alone; I think that’s what a lot of districts are doing. I’m friends with a lot of teachers across the state and across the country now; I met all the state Teachers of the Year, and we are all having these same conversations about trying to reframe that idea. I don’t think our kids are behind; I think we can determine that. We can help them get to where we think they are, what their potential is, which doesn’t necessarily have to be arbitrarily based on being behind or catching up.”

Both legislators that attended offered different ideas of how Michigan can support its students and address education needs at the state level. While coming from different points, both Camilleri and Paquette stressed the need to listen to what those in the classroom want and need.

Representative Camilleri brought up the need for a regional-based approach that would see districts in different regions work together to decide what is best for online learning, reopening, and other matters. On the other hand, representative Paquette stressed that we need to allow teachers and those in the classrooms to get creative and that legislators need to have further conversations around what it means to get an education.

One question brought up for legislators, which cited the decline in funding for Michigan schools, was around taxing Michigan’s wealthier residents in order to provide extra funding and support for schools, teachers, and students. While Camilleri was unconditional in his support for such a matter, Paquette was skeptical of the idea and stressed the need for further conversation on the matter.

The education talk was the first in a planned series of conversations hosted by Chalkbeat Detroit, the Education Trust-Midwest, and the Free Press. It was also meant to highlight voter and student voices across post-election America. The entire talk, which features more questions from those in attendance, is available on Chalkbeat Detroit’s Facebook page.

Subscribe to our newsletter for further updates on education, as well as all things Detroit and beyond.