Motown Museum Expansion Connects the Past, Present and Future of Detroit Sound

Motown Museum Chairwoman and CEO Robin Terry Speaks on the Design, Vision, and programming and how it will impact the city of Detroit. 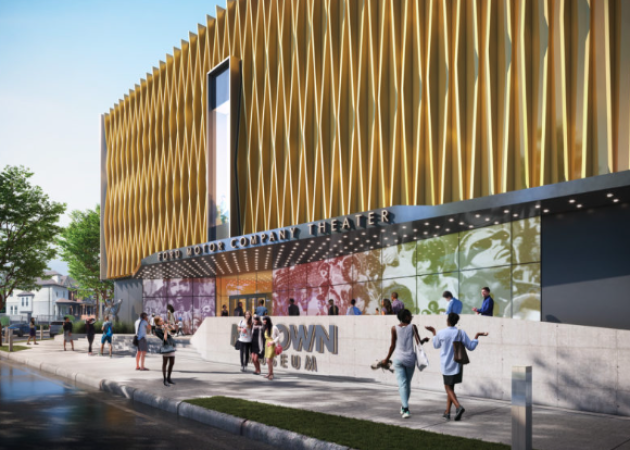 The third and final phase of the $55 million expansion of the Motown Museum is underway, encompassing nearly 40,000 square feet that will house interactive exhibits, the Ford Motor Company Theater, an expanded retail experience, and more, all to be built behind the iconic Hitsville U.S.A. building and nearby Motown-era homes. The juxtaposition between the new and the restored historic buildings represents the impetus behind the expansion and the future of the Motown Museum itself.

The architecture and design intentionally connect the past, present and future, and aptly communicate that the Motown story has many more chapters.

At a pivotal time, Detroitisit spoke with Motown Museum Chairwoman and CEO Robin Terry to uncover how the design, vision, and programming will impact the city of Detroit and the music industry beyond. 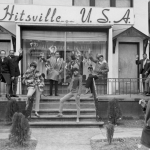 HITSVILLE USA IN THE 60S

DII: What is the main impetus behind the expansion?

RT: The impetus is twofold.

First, it is to celebrate the unparalleled legacy of Motown music in Detroit in a way that is fitting.

Second, it is to create a bridge for the next generation. For those who are inspired by Motown’s legacy and for those who have dreams of their own to chase.

DII: How are you working to integrate the importance of keeping the original and surrounding homes as part of the new campus.

RT: Hitsville is the crown jewel of the Motown Museum campus. People travel from all over to come to the birthplace of Motown and witness for themselves where so many musical icons got their start.

We also made a very deliberate decision to maintain the original homes that were part of Motown. Motown grew out of eight houses on West Grand Blvd and it’s very important to keep those humble beginnings intact.

The final phase of this project brings together the original homes with this beautiful new structure that will rise from behind them. 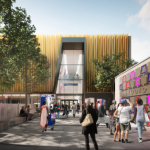 DII: What renovations have been done in the original homes?

RT: We’ve added a two-story glass atrium connecting three of the homes and we’ve transformed those homes to include smart classrooms, meeting rooms, a recording studio and more. We’ve essentially given these historic homes a new life. And I can’t put into words how excited I get every time I see young people in our programs and master classes activating them.

DII: What impact do you think the Motown Museum will have on the economy and job market in Detroit?

RT: We had an outside party conduct an independent economic impact study to understand the expansion’s potential. Motown Museum is one of the top tourist destinations in Michigan.

The study estimates that the museum will generate $170 + million into the local economy and drive addition tourism.

In addition, the project will create about 280 full-time equivalent positions. This includes construction and employees that we hire to operate the new facility.

So, we are very excited about not just being an important cultural institution but also a participant and economic driver for the city of Detroit and the state of Michigan. 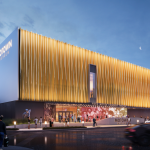 DII: What kind of programming is available for aspiring artists?

RT: As I mentioned Hitsville NEXT connects the past to the future. What we offer is a series of programs that no matter where on their journey an artist is, they can plug into a program to take their skill set to the next level. Within Hitsville NEXT there is a community of singers, songwriters, musicians and sound engineers who are devoted to artist development and support one another.

For many aspiring artists, this is the first time they’ve been recorded or styled for a performance or photo shoot. Our participants also have the unique opportunity to work with Motown legends and other industry executives.

DII: What do you think the expansion means to the city of Detroit?

RT: Motown is synonymous with Detroit all over the world.

It is a point of pride for Detroiters. It has always been part of this community and something that causes Detroiters to hold their heads up. It’s very personal for Detroiters.

DII: What do you think the expansion means to music in Detroit?

RT: It is a game changer.

Locally, it celebrates this homegrown legacy and creates a space for aspiring artists to build a community in a way they have not been able to do in a long time.

The museum expansion is being funded by generous gifts. We are full of gratitude for our supporters and their contributions to making the expansion a reality.

As always, be sure to subscribe to our newsletter for regular updates on all things Detroit