Detroit is the U.S. Techno Mecca, and Movement is the Premier Event to Showcase the World’s Best DJ’s 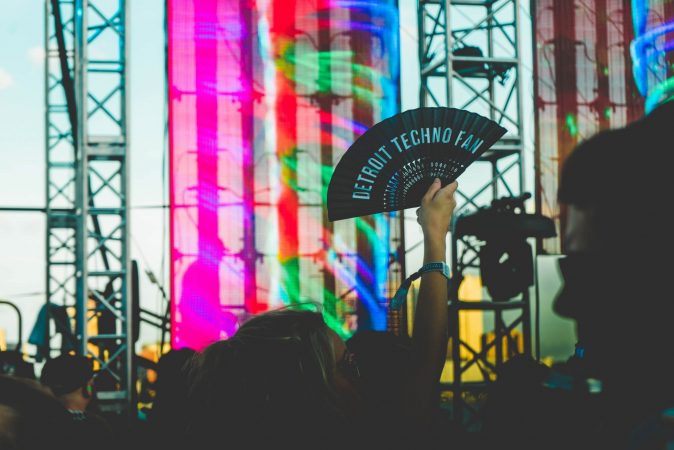 Many never expected that Movement, formerly DEMF, would be as big or respected as it is right now. And coming into 2020, the lineup is better than ever.

Take a look at the press release here, and mark your calendars. Tickets are on sale now!

3-Day and 1-Day Passes for both GA and VIP
are Now On Sale at www.movement.us

Today’s announcement features 85 additional acts, including British Techno luminaries Underworld for their first live show in Detroit in over 20 years. This is also marks the duo’s first performance at Movement. “Detroit’s importance in the evolution and history of electronic music is unquestionable, and has been hugely influential to us,” said Underworld founding members Rick Smith and Karl Hyde. “We’re very excited to be returning after twenty one years away to dance with you again.” Known for their idiosyncratic, electronic sound and dynamic visual live sets, Underworld expanded Techno’s reach beyond club culture and into film, museums and Olympic stadiums.

World-renowned electronic music artist and producer deadmau5 returns under his all Techno alias Testpilot; UK Drum and Bass legends Goldie and LTJ Bukem will perform together for the first-time ever as Goldie b2b LTJ Bukem with DRS; and award winning producer and remixer Jamie xx brings his seminal sounds to the DJ booth.

Newcomers 999999999 bring their razor-sharp take on Techno with their live performance — while Dublin-native Matador blurs the line between angular functionality and a more romantic presentation; and Los Angeles producer TOKiMONSTA will take the stage following her long-awaited return to music and new LP Oasis Nocturno due out in March.

Other notable acts announced include: A$AP Ferg – Hip Hop’s preeminent renaissance man and leading member of the New York collective A$AP Mob; along with Chris Lake, ANNA, Bob Moses (Club Set), Nina Kraviz, Ben UFO b2b Joy Orbison and Blawan. Detroit heavyweights include the multi-talented Carl Craig; Techno pioneer Kevin Saunderson performing in a b2b set with his protegé Dantiez; hometown hero Mike Huckaby; rising Detroit superstar rapper Kash Doll; Michigan-native Matthew Dear performing under his new project Brain – live in which Dear focuses on the essential elements of House and Techno, inspired by memories of his first warehouse parties in Detroit; and Lost Souls of Saturn, Seth Troxler’s multi-dimensional Ambient House project with Phil Moffa.
Since its inception, Movement has been deeply dedicated to bringing a completely original experience to Detroit, the place where it all began for Techno music. Festival organizers are hyperfocused on showcasing authentic talent for the event, which in turn provides an experience that is purely about the music. Movement fans will find themselves immersed with the best of the best, seasoned vets and up-and-comers within Techno and other dance music genres.

The full lineup, in alphabetical order by day, is as follows:

Movement 2020 3-Day and 1-Day Passes for both GA and VIP are on sale now at www.movement.us. Payment Plan options are also available.

About Movement:
Each year on Memorial Day weekend, thousands of people from across the globe gather in the birthplace of Techno to celebrate the heritage of Detroit and its musical influence over countless generations – new and old. Movement Music Festival is one of the longest-running dance music events in the world, committed to showcasing authentic electronic music and providing an experience unlike any other. The festival takes place in Hart Plaza – Detroit’s legendary riverfront destination.

About Paxahau
Paxahau specializes in producing music festivals and events incorporating the most innovative sound designs and always placing the highest priority on music. The company first established itself in the 1990s as an underground party promoter and online resource to showcase electronic music culture in Detroit. Paxahau, producer of the Movement Festival in Detroit, is recognized across the world by artists, community members, and industry executives as a pioneering promoter rooted firmly in the birthplace of Techno.