7 Netflix Movies and Shows About Mental Health to Stream Now

May is Mental Health Awareness Month, Here are Some Movies and TV Shows to Stream Now 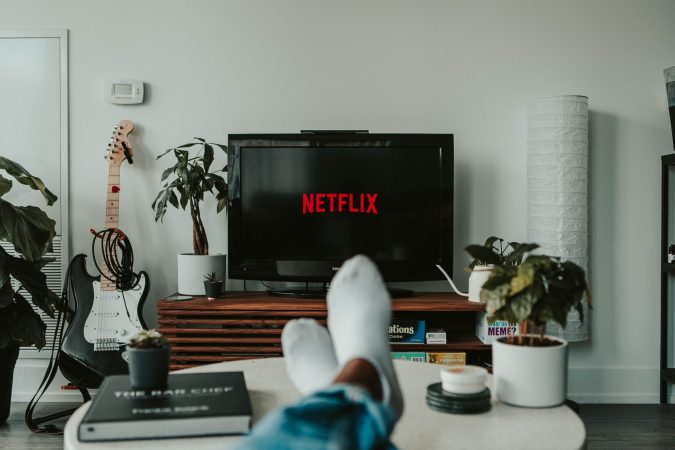 May is Mental Health Awareness month. For those of us who wish to widen our understanding of mental health, or to support its awareness, we have curated a list of streamable, Netflix movies and television shows that bridge the topic of mental health. From Anorexia Nervosa to Borderline Personality Disorder to anxiety, these films discuss and highlight different mental illnesses.

The representation of mental illnesses in movies and TV has been discussed thoroughly by Psychiatrists in recent years. As films are a format of art and artistic expression, mental illnesses sometimes translate through the screen as glorified or a less-than-severe illness. Thus, it is helpful to keep in mind while viewing that each of the following shows and movies are not meant to glorify mental illness.

To the Bone follows a 20-year-old woman, Ellen, as she battles to recover from Anorexia Nervosa. The film’s story is loosely based on the director and TV producer’s own experiences and delves deep into the eating disorder’s effects on more than just physical appearance. Ellen’s journey is harrowing and at points hard to watch due to the physical and relational detriments her mental illness causes.

This English-subtitled film is an independent drama that follows a former financial analyst with severe bipolar disorder as he is released from a psychiatric hospital into his truck-driver father’s care. The film itself may not an uplifting one, but its honest discussion and unapologetic deep-dive into mental health and the stigmas that surround it make this film a necessary one to watch.

Rain Man, a classic 1988 Tom Cruise and Dustin Hoffman film, follows two brothers, Charlie a car dealer, and his autistic older brother Raymond. After their father’s death, Charlie checks Raymond out of the mental health facility to gain access to his father’s $3 million fortune that was to be donated to the facility. The two embark on a cross-country trip where they discover more about each other and themselves. This film discusses autism and its intricacies through drama, comedy, and familial ties.

Bojack Horseman is an animated, dark comedy show that discusses taboo topics galore. Not only does it discuss mental illnesses such as depression and anxiety, but it also discusses the impacts of childhood trauma, alcoholism, and addiction. The show follows a washed-up middle-aged actor, Bojack Horseman, as he tries to figure out a purpose in life. His friends, exes, lovers, and fellow actors and actresses help weave an extensive tale that chants undeniable truths of what it is to live in and be a part of this world.

This comedic show follows Sam, a teenager with autism. When he decides he is ready to start dating, his family has to learn to be more comfortable with his independence, even if it leads to heartbreak. Atypical discusses the ins and outs of what it means to be on the autism spectrum through the eyes of family, friends, and therapy and explores what it really means to be “normal”.

Crazy Ex Girlfriend’s main character, Rebecca Bunch, has the perfect, Manhattan-lawyer life, but to her, something is missing. When she has a chance meeting with her high school ex, she decides to move across the country to the city he lives in. Though she convinces herself the move isn’t for him, she is hell-bent regardless on a quest for love and happiness.

A mental health diagnosis for Rebecca doesn’t come into the picture until season three, but even through the hilarious comedic overtones, evidence of her Borderline Personality Disorder shines through. This show is a laugh-out-loud musical comedy, but don’t let it fool you—the discussion of mental health runs deep, even if it’s not blatant.

This five-episode, Netflix original mini series discusses memory, dreams, anxiety, mindfulness, and psychedelics. Though not each episode discusses mental illness, they do plunge into the brain and how the mind works. The Mind Explained is narrated by Emma Stone.