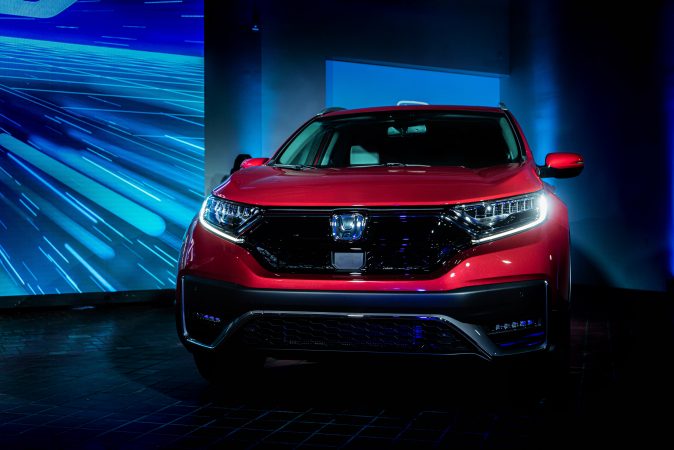 Along with Honda’s mission to fortify its light-truck line, advance safety leadership, and expand electrification as a whole for its brand, Honda is taking steps to expand its line with Hybrid vehicles. With the sleekness of the design of the Honda brand for all its vehicles, Honda is taking the plunge with the CR-V Hybrid and gearing toward the likes of the Urban Area Millenial and Gen-Zers, as well as people who are looking to improve their fuel economy, and reduce their carbon footprint while still driving a stylish and safe vehicle.

The 2020 CR-V’s specs are top of the line, including the standardization of the signature Honda sensing for the CR-V, putting forth safety and driver-assistive technology as a top-selling perk for the new Hybrid vehicle, as well as helping to prevent and reducing the severity of collisions. 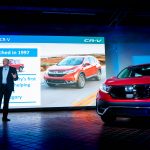 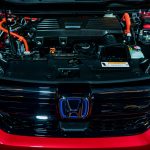 Under the hood. Photo ACRONYM 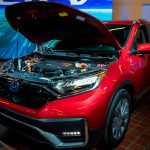 Under the hood. Photo ACRONYM

As far as the direction of Honda and its strides toward electric vehicles, it is a goal for the team to bring cars and lLight-trucks to the electric family, and moving toward 2030, Honda wants 2/3 of the global vehicle sales to come from electrified products as part of their efforts to help reduce greenhouse gas emissions overall.

As Honda continues to build for the Hybrid line, they are looking to foster an easier transition from hybrid to electric when the time is right. Art St. Cyr, Vice President of Automobile Operations for American Honda shared with Detroitisit the thought process behind those steps.

Cyr shared that the Hybrid will bring better fuel economy, will be better for the environment overall, all while bringing virtually no change in the convenience for its drivers.

n, the profile of the typical consumer for these vehicles is simple, yet accurate for the goals of most Gen-Z and Millenial drivers.

“The hybrid customer is someone who lives in the city, they live in an urban environment, they’re interested in fuel economy,” said Steve Kinkade, Honda’s Head of Public Relations. “There’s a millenial slant to the brand in general. If you look at Gen-Z and Millenials, Civic and Accord are number 1, number 2 every year so we are able to get these young customers into the brand, and then migrate them up to a CRV, to a Pilot, to an Odyssey as their lifestyle needs change.”

With the Hybrid coming to showrooms (and presumably NAIAS in June), and the future direction toward electric cars and trucks by 2030, Honda is at the forefront of the curve for a better automobile future and a cleaner presence as a whole in the auto industry.