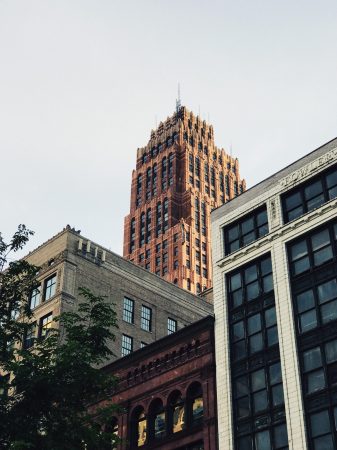 New residential developments in Detroit are popping up a lot lately. Whether they’re new construction or recent renovations, these residential projects are deep investments for the future. Detroit is truly a city of rebirth.

Preservation of public spaces takes a team of caring individuals with the right amount of resources to give residents a place they can securely put their roots in. By the look of things, these new residential developments in Detroit should inspire action.

Detroitisit shares new buildings to look out for if you’re on the hunt for a welcoming place to call home in the city. Here’s a list of new residential developments on the rise, some of which are fresh on the market! 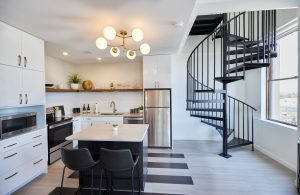 Home to 206 apartments ranging from studios to 2-story penthouses, this Albert Kahn-designed building is a new beautiful and affordable living space in town. Mayor Duggan, Gary Torgow, and Council Pro Tem Sheffield’s office are to credit for the official opening of the Kahn Building last month, making it one of the most stunning apartments in the city. The Kahn is the perfect balance of classic Art Deco and contemporary style. A $70M renovation transforms this historical “home”, originally built by the Fisher brothers, which then followed another Kahn masterpiece located across the street, the Fisher Building. 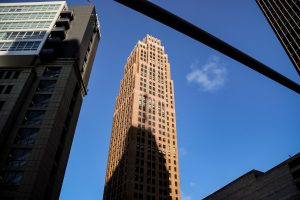 On October 1st, developer MRK PARTNERS INC (MRK) in partnership with Fortus Partners and a chain of other support systems, completed the rehabilitation of one of the most iconic buildings in Midtown Detroit. Cathedral Tower is a 236-unit building with affordability for families extending another 45 years. This sincere preservation decision is reassurance for those looking for a long-lasting stay. No need to worry about being displaced for decades. The building includes newly renovated apartments and common areas. Cathedral Tower Apartments offers studio and one-bedroom apartments for individuals earning between 40% and 80% of the area median income. 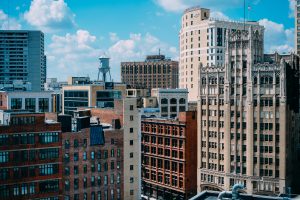 Another development brewing in Midtown Detroit is a historic apartment building originally constructed in the late 1920s. Located at 93 Seward in New Center, all 73 units of Midtown Square will remain affordable. The redevelopment is in good hands with the help of John Stanley and Develop Detroit. A grand total of $18.5 million is being invested in this popular area. 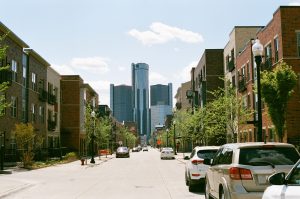 Named after the church’s longtime leader, all 60 units at the Jim Holley Residences at 9001 Woodward Ave will be affordable housing. This new residential development is expected to begin in the spring and span over 14 to 15 months of completion. Nothing brings together a community quite like a Detroit residential project. In fact, The City of Detroit is supporting the project with a $2 million HOME award according to detroitmi.gov. With MHT Housing of Bingham Farms as the developer, the new new-construction building will feature 5,000 square feet of commercial space. Total investment: $17.8 million.

This new construction project is certainly a familiar spot for new residential developments. The area will be receiving LIHTC funding to create housing on what was once left field of Tiger Stadium in Corktown, at the Fisher Freeway service drive and Cochrane Street. The development performed by ACD will include the first phase of 60 units, 48 of which are set aside as affordable housing ranging from 30 to 80 percent AMI, with rental assistance available for a portion of the units. Expect to hear more next summer when the work begins. Total investment: $15 million.

KEEP AN EYE ON THE FUTURE

What do all of these new residential developments in Detroit Detroit have in common? Affordability! Not to mention, resourcefulness. The month of October was a productive time for city partners to come together and emphasize the buildings occupying the growing City of Detroit. 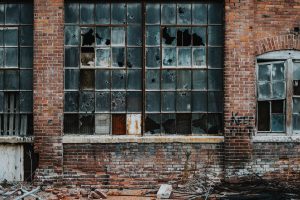 Located at 10210 Second Ave. at Glynn Court, in the Gateway Community in District 5, The Charlotte will turn an abandoned 1923 apartment building into pristine, quality affordable housing in Detroit’s Gateway Community near Boston-Edison. For emphasis, all 28 will be affordable housing, with 32% ensuring generously affordable rates at 60% Area Median Income (AMI). The $3.19 million redevelopment includes 12 one-bedroom units, 13 two-bedroom units with three studio apartments.