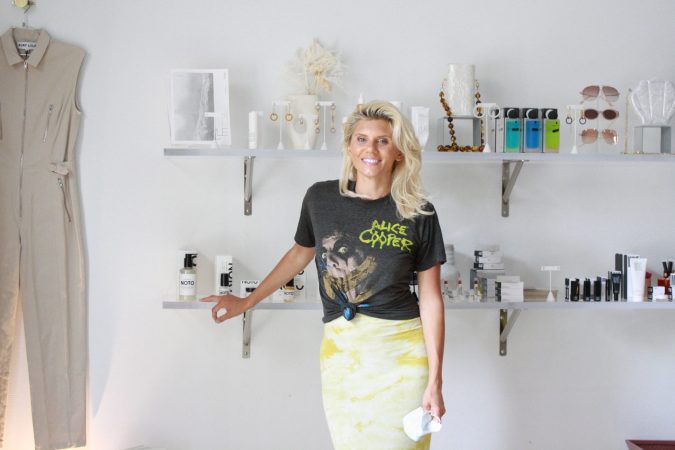 The last six months have seen increased use of hand sanitizer, a lessening of daily errands, and “mask” being added to the panicked “keys, wallet, phone” check before we leave our house. Retail store owners, however, are being affected on a great scale by the pandemic. These effects are also seen in their relationships with customers and clients.

Stores like The Peacock Room and Coup D’état offer an eclectic range of fashion, lifestyle, jewelry, clothing, and more while giving customers a feeling of attentive, small-shop-banter. As stores around Detroit were forced to close due to the coronavirus lockdowns, this in-shop feeling threatened to disappear as store owners tried to figure out their next steps. 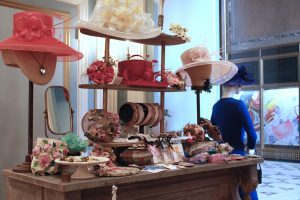 NEW DISPLAY INSIDE THE PEACOCK ROOM

To the owner of The Peacock Room, Rachel Lutz, the idea of leaving the area her stores reside in was out of the question. “My primary goal is still to serve my neighborhoods,” she says. “I could do this out of a warehouse and a photo studio, but we want to be active and present in the city of Detroit. And we will always strive to be.”

In May, Lutz began doing Facebook Live events, hoping her presence in the store would give the feeling to customers that they themselves were there. “The format is a combination of Mr. Rogers’ Neighborhood, QVC, and Oprah’s Favorite Things, and I think it’s a winning combination,” Lutz says. During the first live event, The Peacock Room made more than $10,000, confirming that Lutz’s formula perfectly encapsulates the store’s interactive and interesting personality.

Even with this online success, Lutz was excited as well as a bit nervous, to once again invite people in person into her stores. “I’m a true believer that retail will never go all online,” she says. According to a 2017 study commissioned by June20, 65% of Americans still prefer to shop in person. The kinetic experience of shopping and the ability to leave a store with an item may truly be something that cannot be replicated with an online presence. It seems this excitement in the customer’s demeanor, as well as the ability to connect with individual customers, has been something greatly missed by Lutz. 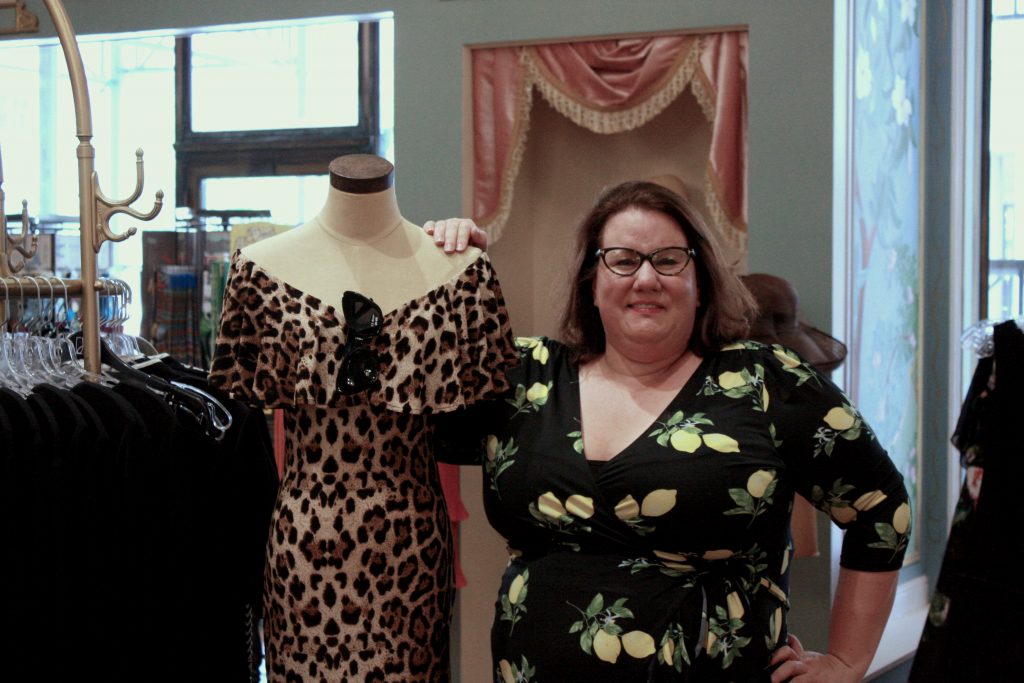 At Coup D’état, things look a little different. The store’s owner, Angela Wisniewski, purposefully opened the brick and mortar location to host events that showcase artists’ and designers’ work. Similarly to Lutz, Wisniewski says, “I could have simply just gotten a warehouse somewhere and done all of the social marketing, paid advertising, and the targeting stuff, but that’s not why I opened a brick and mortar in 2019.”

Wisniewski was somewhat discouraged by the inability to continue to fulfill her ideation for the space as intended. However, she found her stride by providing customers with walk-in service, as well as virtual and private personal appointments. Wisniewski comments on how awkward virtual appointments felt when she first began doing them, but states her enjoyment of being able to meet face to face with customers again, “Truly, at the core, there’s nothing like face to face interaction,” she says. 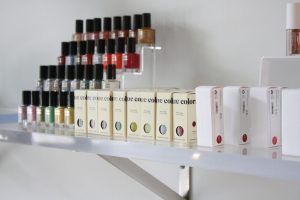 Individual appointments are Wisniewski’s preferred service, “I like the private feeling of it,” she says. Wisniewski loves opening a bottle of wine with a small group or an individual and talking about their interests in clothing, makeup, and accessories. Coup D’état, because of this, is able to provide a congregation around unique designers, even though it may not be representative in the full capacity of Wisniewski’s original intentions for the space.

Both The Peacock Room and Coup D’état have felt the visceral effects of the more than halved foot traffic within their Newcenter locations, yet both have held tight their concrete ties to the city. This pandemic has not made things easy for retail businesses, but their passion for personal connection and their resourceful innovation is truly inspiring to those of us who continue to struggle with day-to-day changes.