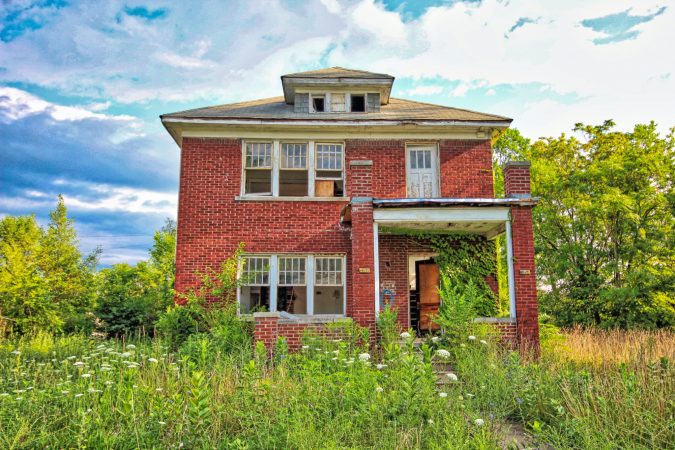 The Rocket Community Fund and City of Detroit announced a new public-private partnership last week to create more homeowners and increase access to financing for Detroit neighborhoods with an appraisal gap. Named the Rehabbed & Ready program, the joint $5 million investment paves the way for creating around 200 move-in ready homes in Detroit.

Created alongside the Detroit Land Bank Authority (DLBA) in 2015, the Rehabbed & Ready program rehabilitates land bank-owned single-family homes in neighborhoods with an existing appraisal gap that prevents Detroit residents from accessing financing. Through the program, the DLBA oversees renovations that transform blighted property into homes ready for owners, completely overhauling the electric and sewer systems connected to the homes.

The renovation work is done through a partnership with Emerging Industries Training Institute that supports skilled trades education for Detroiters. With each house renovated and upgraded, a new job opportunity is opened for local contractors looking for work.

“The Rehabbed & Ready program has made affordable homeownership possible for a lot of Detroiters who may not have been up to the challenge of renovating a vacant Land Bank house themselves,” said Detroit Mayor Mike Duggan in a press release.

Scaling up this program will create this opportunity for more residents across all Strategic Neighborhood Fund neighborhoods while reducing blight and stabilizing property values.

The Rocket Community Fund founded the program with an initial $5 million investment, ultimately bringing their total commitment to the Rehabbed & Ready program to $7.5 million. The move comes as part of the Rocket Community Fund’s $150 million, ten-year commitment to Detroit — in which they aim to fund renovations while providing a backstop to cover the gap between construction costs and the sales price of homes in the program.

Investment from the City of Detroit and partner Invest Detroit comes from the Strategic Neighborhood Fund, aiming to provide targeted investment to 10 neighborhoods throughout Detroit.

“We are driven to ensure that every Detroit resident has reliable access to sustainable housing and has the opportunity to grow wealth through programs like Rehabbed & Ready,” shared Laura Grannemann, Vice President of the Rocket Community Fund. “Sales through this program not only chip away at blight and repair issues, but they also provide appraisers with new home sale comparisons that stabilize the values for surrounding homes and increase access to financing for Detroit residents and their families.”

HOW REHABBED & READY HAS WORKED

Rehabbed & Ready came as a direct response to the artificially low values of Detroit properties and mortgages that signaled a failed housing market. By the year 2013, there were fewer than 375 mortgages a year in the entirety of Detroit, and the median sales price was less than $10,000.

With the program’s onset in 2016, the Detroit Land Bank Authority was able to identify vacant homes in Strategic Neighborhood Fund areas eligible for renovation and future sale. Once in the pipeline, a home receives a complete, top-to-bottom renovation before being posted for sale on the program’s website.

Beginning in the Bagley, Crary/St. Mary’s, College Park, and Evergreen/Outer Drive neighborhoods, to date, 85 homes have closed, and 40 additional houses are already moving forward in the pipeline. With the average cost of properties and renovations combined being $114,540, the average sales price of the homes sits at $97,711 — which, despite being a 15 percent loss, is fully backed up by the Rocket Community Fund backstop.

In terms of measuring the successes of the Rehabbed & Ready program, The Rocket Community Fund and Detroit Land Bank Authority commissioned a study from the University of Michigan’s Ginsberg Center. Authored by Chris Mueller and Paul Fontaine, the study found that median sale prices grew an additional 11.5 percent per year during the program’s first three years compared to neighborhoods without such intervention.

Additionally, the number of homes in Rehabbed & Ready neighborhoods purchased with a mortgage grew an additional 5.6 per year during the same timeframe, eventually reaching 42.2 percent, or nearly double the entire city’s 21.6 percent average. In the end, the study found that a neighborhood becomes economically self-sustaining once it achieves a median sale price of greater than $50,000, as well as 50 percent mortgage sales.

“Rehabbed & Ready was effective in thoughtfully stabilizing a market failure in specific neighborhoods across Detroit, demonstrating the power of public and private partners in jump-starting the housing market,” said Chris Mueller of the University of Michigan’s Stephen M. Ross School of Business, and the lead author of the Good Deeds report that analyzed the program. “Scaling this program throughout the city, especially in neighborhoods that are on a tipping point, will establish the value of move-in-ready homes, increase the number of mortgage-backed buyers, and ultimately stabilize property values for the entire neighborhood.”

Homes that have finished renovation may be purchased at the Rehabbed & Ready website, which also features information for contractors interested in working with the Detroit Land Bank Authority on renovation efforts.