More Than Six Years After the Ongoing Public Health Crisis Started, Those Responsible Will Finally Face Some Charges 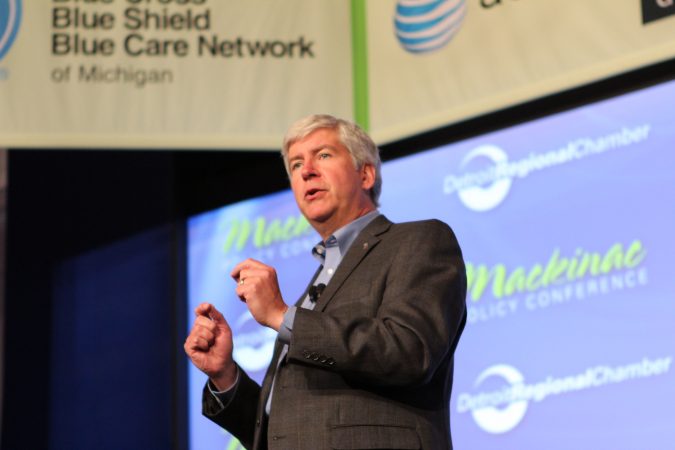 After more than six years of reminding the world that there is still no clean water in Flint, it was announced yesterday that former Gov. Rick Snyder and others will be facing criminal charges in connection to the Flint Water Crisis.

BREAKING DETROIT (AP) — The AP has learned ex-Michigan Gov. Snyder and others have been told they’re being charged in Flint water scandal.

The charges, which are being given by Michigan Attorney General Dana Nessel, include involuntary manslaughter following multiple deaths from legionnaires disease due to the crisis. While the situation is further developing, the indictments are expected to be handed down by a grand jury.

Others being charged include Rich Baird, Jarrod Agen, Snyder’s former chief of staff, Nick Lyon, former state health director, Eden Wells, the chief state medical doctor and two of the former Flint emergency managers, Darnell Early and Gerald Ambrose. It should be noted that Lyon, Wells, Early and Ambrose have all previously faced charges in the past.

“It is outrageous to think any criminal charges would be filed against Gov. Snyder. Any charges would be meritless,” shared Brian Lennon, a lawyer of Snyder’s, in an email following the announcement. “Coming from an administration that claims to be above partisan politics, it is deeply disappointing to see pure political motivation driving charging decisions.”

Snyder, who took full responsibility for the crisis during an interview with WXYZ Detroit in September, was governor until 2019, presiding throughout much of the ongoing crisis. Beginning in 2014, the contaminated water sickened at least 87 people, while killing nine total, springing national outcry.

While the city returned to getting water from Lake Huron while working to replace the contaminated lead pipes, many residents today still do not have clean water despite the near completion of the project. The most recent charges against Snyder and others come after previous charges were dropped in June of 2019.

With both Govorner Whitmer and Dana Nessel having yet to comment on the matter, the situation is still developing and updates will be provided. Be sure to subscribe to our newsletter for the latest on all things Detroit and more.