Selden Standard Turns Seven This Year. We Learn What Chef Andy Hollyday is Like Outside of the Kitchen 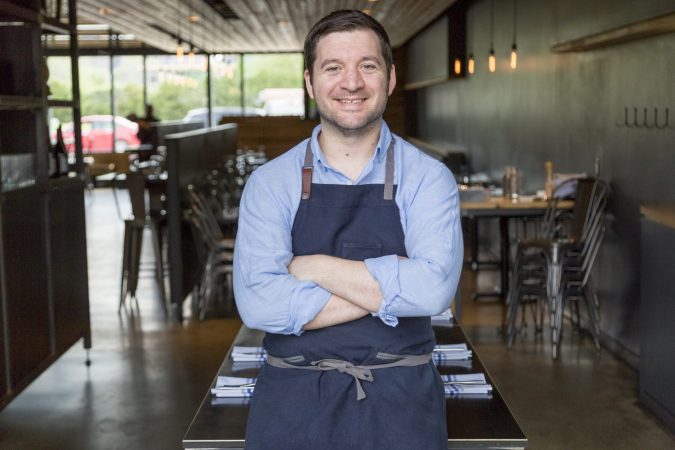 2021 marks Midtown’s beloved Selden Standards‘ seventh anniversary, and oh, how Midtown has changed during those years! From their inception in 2014, Chef Andy Hollyday and the Selden crew have seen 2nd avenue and the rest of Detroit build up around them. Though Selden has only progressed in terms of flavor and experience, their quintessential communal and small-plates feel has remained a part of the restaurant’s core.

As a lover of Detroit Film Theatre, savory snacks, and Belle Isle, Chef Hollyday discusses Selden’s changes through the years, his most memorable meal, and his greatest achievements.

HOW HAS SELDEN STANDARD CHANGED SINCE IT OPENED IN 2014?

Hollyday: “Well, I’d like to imagine that we’ve simply gotten better at what we set out to do in 2014. Our aim of providing a warm, house party feel with well-made, flavorful food from scratch hasn’t really changed. And while many of the faces have changed, we’re fortunate that we still have 7 or 8 members of our opening team and several more core people who have helped make this place go over the last 5 years, so we still feel like we have the best team in the city that makes this place run. 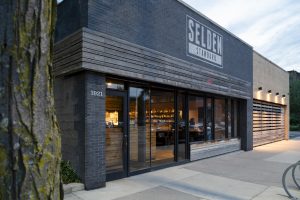 “We’ve also always tried to consider the details like peeling garlic or calibrating our espresso machine, and that hasn’t really changed, I would like to think. So we’ve hopefully just gotten better at what we do. With time and experience comes wisdom: Can we do something more efficiently? Are we able to offer more money or better benefits? Can we find a new farm or a better purveyor? We’ve tried to always evaluate what we do, and with that, there has been and will continue to be small changes along the way.”

WHAT HAS BEEN YOUR FAVORITE FILM YOU’VE SEEN AT THE DETROIT FILM THEATRE?

Hollyday: “I watched “Jiro Dreams of Sushi” at the DFT when it came out, and that’s probably my favorite feature-length movie I’ve seen there. But I try to watch all the Oscar-nominated shorts. It’s a great opportunity to see some creative films and take in a lot of engaging stories. I love getting that complete experience in that format, so it’s a real treat that they screen those each year.” 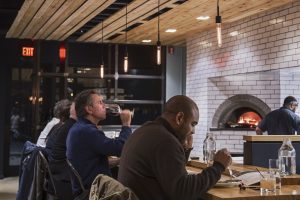 SWEET SNACKS OR SAVORY SNACKS? (BONUS: WHAT SNACK IS YOUR KRYPTONITE?)

Hollyday: “Savory! I don’t know if I’d call it kryptonite, but a personal favorite is popcorn with some brown butter, olive oil, Parm, and of course plenty of salt.”

WHAT IS YOUR FAVORITE SUMMERTIME ACTIVITY IN DETROIT?

Hollyday: “There’s not much better than going to Belle Isle. I’m a golfer, so it’s a good spot near my house to practice. But we’ve also hosted picnics and staff parties there, I can take my daughter out to run around, plus there’s plenty of hiking, fishing, swimming, and all the rest.”

WHAT IS THE MOST MEMORABLE MEAL YOU’VE EVER HAD, AND WHY IS IT MEMORABLE?

Hollyday: “Asador Etxebarri in the Basque region of Spain. My wife Natasha and I celebrated our anniversary there several years ago, and it was an inspiring meal. Everything was perfectly and simply prepared food using impeccable ingredients and paired with some awesome wines. It was, in part, one major inspiration for our now-mothballed proposed second restaurant, but as much as I wanted to bring that sense of elegance to Detroit, I have to admit that part of the draw was the wonderful, picturesque setting in Basque Country as well.” 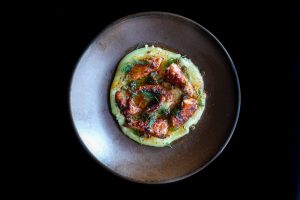 WHAT IS YOUR FAVORITE DINNER DRINK PAIRING ON THE MENU CURRENTLY?

Hollyday: “My wife’s family is from Spain, and between my post-culinary school days and travels with her, I’ve been to Spain several times. And I really love sherry. Right now, we’re serving an octopus dish [Octopus a la plancha w/ potato puree, capers, lemon, and dill], and I could definitely crush one of those with a glass of our Colosia fino sherry right now.”

WHAT HAS BEEN YOUR GREATEST ACHIEVEMENT THUS FAR IN YOUR LIFE?

Hollyday: “Professionally? Just opening Selden, period. When my partner Evan and I got into this building, there was nothing in here. To take it from a cinder block box with busted-up floors to a respected restaurant where we’re blessed to see so many regulars and work with so many great people is as good as it gets.

“And of course, some of those great people leave, and it’s nice to keep in touch with some of them to see where they take their skills. For cooks, in particular, we want to be a hands-on kitchen so the food is great for our guests and the experience is educational for our staff. We’re far from perfect, but it seems like we’ve been able to do all of that, and what else could a chef-owner ever hope for?”

WHAT DO YOU HOPE PEOPLE FEEL AS THEY LEAVE SELDEN STANDARD?

Hollyday: “When folks walk out the door at Selden, I just hope they feel well cared for. When we interview potential servers and they ask us what the vibe of the restaurant is, we’ll often say that we want people to feel like they’re walking into a good party at our house where we’ve taken the time to make them delicious food, serve them our favorite drinks, and just have a warm, welcoming time.”