Of Course You Don’t Do This, But Ever Catch Your Neighbor Speeding Through the Neighborhood?

Slow the F(=&#@) Down! And Consider 2speed Assist for Your Next Car Purchase 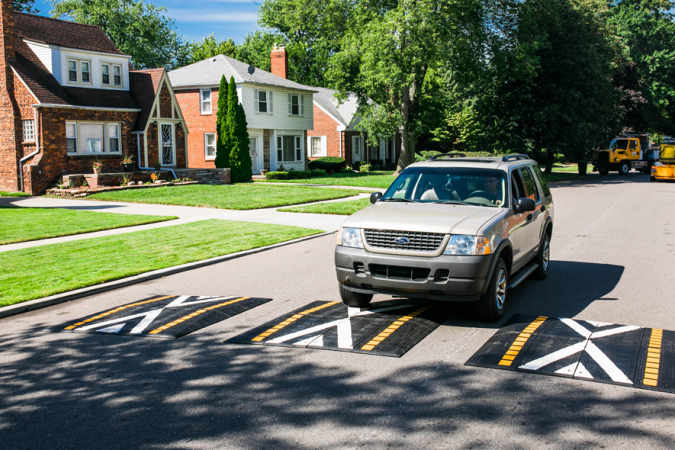 When Freddie Smith thunders down my street I grab the chihuahua and hit the ditch. He knows two speeds, fast and ultra-fast. I’m a slow dog walker. This speed demon whose real name I dare not say could have a thousand names (many unprintable), while his lead foot keeps metastasizing. Just ask the neighbors. 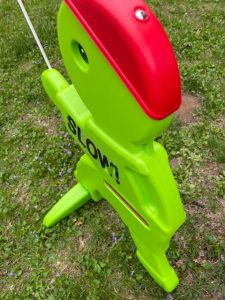 Almost anyone planting flowers or walking their dog or wandering across the street to chat with a neighbor would say these speed demons fly in the face of efforts to create walkable towns and social neighborhoods. Enraged neighbors resort to placing two-foot plastic glow-in-the-dark statues with “slow down” plastered across the torso. Not much helps.

Recently, world-class golfer Tiger Woods careened 87 mph through a residential area in mid-February – a whopping 45 mph above the posted speed limit. He crashed into a tree and sustained numerous injuries. The toll to life and limb keeps escalating.

The National Highway Traffic Safety Administration estimates 31% of all fatal crashes involve one or more drivers who were exceeding the posted speed limit or driving too fast for conditions, according to its fatality analysis. The economic cost of speeding is pegged at $40 billion a year.

Besieged residents have three solutions in the offing — a physical hump installed over the asphalt the width of the road, an artificial intelligence feature in a car’s digital safety package or physical changes to the landscape, cul de sacs, or murals painted into the road.

Probably the single biggest neighborhood concern we have been hearing from residents this year is speeding and reckless driving along residential side streets, so it’s not surprising that the speed hump program has become so wildly popular, said Mayor Duggan. We know this is a priority for residents, so we are making the expansion of this effort one of our highest priorities.

Speed humps are raised areas of asphalt or prefabricated rubber installed across the roadway to slow a motorist. Placing these at varied intervals help drivers pay attention and brake sooner. The humps aren’t quite as obnoxious as the concrete speed bumps you find in large apartment complexes that would grab your exhaust pipe if you roll over them at more than 10 mph.

Algorithmic, or intelligent speed solutions have traction with The European Transport Safety Council. By 2022, the ETSC will require European manufacturers to install speed sign-recognition video cameras and/or GPS-linked speed limit data to advise drivers of the current speed limit. If the driver doesn’t respond by manually pushing the brake pedal, the onboard software will limit and take over the accelerator pedal or the engine speed. A driver could override the algorithms, but not recommended.

Volkswagen has had automatic distance control and speed-limiting systems along with predictive cruise controls. But the newer models consider speed limits and route data from the navigation system. The car can employ foresight if the driver does not do so. This system can also slow down the vehicle before reaching bends, roundabouts, and intersections.

European imports retain their intelligent speed assistance features on cars sold in America. Volvo aims to create an electronic fence between its vehicles and everything else on the road. But the U.S. audience is more ambivalent, according to Kelly Funkhouser, program manager for Consumer Reports, the authority on electronic safety features.

“I’d be the first one to jump on any safety feature with proven benefits,” Funkhouser says, having tested nearly all the new-fangled speed inhibitors. “The system hasn’t lived up to its promise.”

Problems can occur. When a vehicle approaches an overpass, the optical camera could read the sign above or on the highway, opposing what the driver is wanting to doing at the time, warns Funkhouser. A bush blocking a sign could send the wrong signal. Some systems could get muddled in a construction zone where speeds were far less than posted.

Safety is a big commitment by automakers with the number of people maimed or killed. Jennifer Greenfelder, a spokesperson for Toyota Motor North America says its software includes a pre-collision warning if a cyclist or pedestrian crosses the path of the automobile. It lets out a warning bleep to the driver. If this doesn’t cause an immediate response, the car brakes itself.

Funkhouser said far more manufacturers would be testing and implementing speed governors if demand were higher. She said physical solutions are far more commonplace because it doesn’t matter if a car has an advanced speeding system or a vintage Ferrari. You can’t shut off or get around a speed hump.

The Project for Public Spaces issued a Traffic Calming Toolbox in 2008 that still stands as a template for walkable communities. Nearly all suggestions were developed in Europe, where narrow streets and ancient cities are commonplace.

Tourism in the U.S. and Europe depends on spaces for people to walk, stroll, look, gaze, meet, play, shop, and even work alongside cars, but not be dominated by them. Even more cities in Michigan, such as Ferndale and Oak Park, are spending thousands of dollars to add bike lanes that have a buffer between cars and cyclists. Oak Park even created a trailhead on Nine Mile Road with comfortable chairs to invite people to travel the slow lane safely.

Numerous ideas float up from communities.  One popular idea is to change the pavement color and texture to create 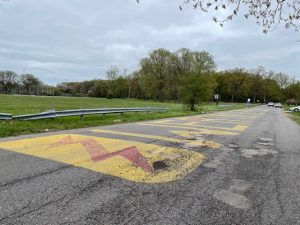 awareness of pedestrian traffic and slow drivers down. You see rumble strips in some places. Others add murals that invite motorists to slow down. At Pembroke and Evergreen in Detroit, local artists made a block-long tribute to “Black Lives Matter,” directly on the concrete.

To be sure, Freddie Smith and his ilk will push back, demanding to drive as fast as he sees fit. He might grumble, “God wouldn’t have invented the Hemi engine if she didn’t want cars to go fast.” Others would say there are too many bells, whistles, and electronic devices on a car now without adding another feature.

Someone might invent a laser version of the super soaker. Neighbors could aim the laser at the tire and it would melt or puncture, making for an impossible tirade through the streets. It could be ordered on the Star Trek page. Until then, petition your community to get speed humps, or buy a 2022 vehicle. 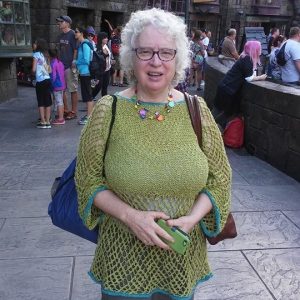 Veteran freelance writer, Maureen McDonald, produces work for regional and national publications. She contributed to history books on auto show models, the city of Royal Oak, and the history of technology. She taught at WSU, UoM-Dearborn, and UoD-Mercy. She sits on the board of the Michigan Journalism Hall of Fame and the Detroit Press Club. An avid bicyclist, she lives in Southfield with an energetic chihuahua, works on her great American novel, and dabbles on Facebook.