There May be Some Hurt Feelings, But That’s the Way the Dark Side Cookies Crumble 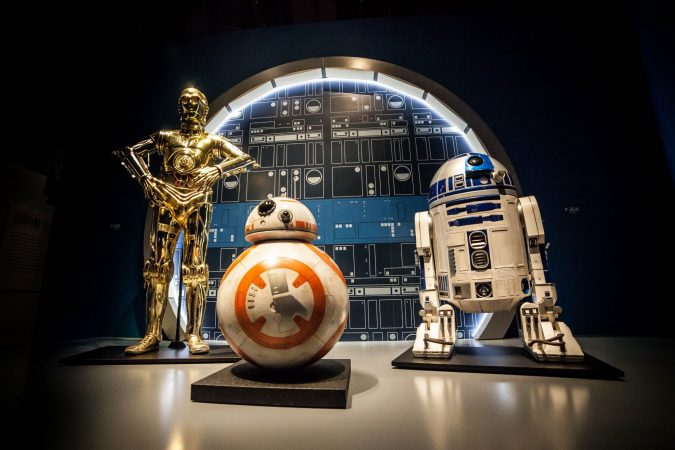 ‘Star Wars: The Rise of Skywalker’ is the end of an era. But, how does it stack up to the other movies?

At the end of ‘The Last Jedi,’ there was a giant question mark, one in which I can say as a fan, I was completely stoked to see play out. Rian Johnson’s pathway created a world in which we were able to believe that people in the ‘Star Wars’ Universe could still be force sensitive without being a Skywalker or being derived from the Sith. A massive amount of fans complained about ‘The Last Jedi’ and it seemed to be enough to completely pull back on that storyline, and cater to… well, for lack of a better term, butthurt fanboys.

You can usually identify them, as they’re crying about the new ‘Star Wars’ movies ruining their childhood, or hating on the franchise for having a female lead. This film reverts back to the standard path that you had to BE part of a specific bloodline in order to be a Jedi, and it disrupted the flow of this most recent trilogy. I’m assuming that LucasFilm felt that they needed to please that fan base more so than the one they were building, so that, in my analysis, threw a gigantic wrench in the storyline.

THERE’S A LOT OF MISSING INFORMATION

In the intro to the movie, they fill you in on cliff’s notes as to what’s happened between ‘The Last Jedi’ and ‘The Rise of Skywalker’ in it’s slanted yellow text. Even with this brief rundown, there is probably at least one or two movies that could have been made between this one and ‘The Last Jedi’ in order to better bridge the gap.

How long has Rey been training? How much time has passed between battles? Have Rey and Kylo been able to communicate over their mental bridge all this time in between the two movies? And where the heck is Rose Tico? She was part of the main crew, and now she’s barely in the trailers. Needless to say, some space balls were dropped.

It is not a spoiler to note that Emperor Palpatine returned in this film if you’ve watched the trailers. His voice has been present, just not his visuals. Even still, to some of us, using Palpatine again seemed like an unlikely foe, bringing a relic from the crypt of George Lucas’ mind… But once again: Fanboys love their classics, and Palpatine is so classic, he’s basically a corpse. I for one could have done without him and would have rather seen a better character arc for some of the newly added First Order Staff.

Nothing can prepare you for the end. #StarWars: #TheRiseOfSkywalker is now playing in theaters! Get tickets: https://t.co/EbJ0vDq9GV pic.twitter.com/3Q2ROuG898

Daisy Ridley, Adam Driver, and co. all did a great job with their characters, but if I may gripe, I land the blame on John Boyega’s character, Finn. I don’t necessarily think it’s Boyega’s fault, but I find myself constantly questioning what purpose Finn serves other than to be the third wheel boyfriend to Poe Dameron and Rey.

He seems semi-useless in a lot of situations and is constantly pining over Rey unrequitedly, while other ladies are in front of him, all but asking for his attention. The character seems overall flawed, but the direction they sent him in for this film just seemed as if they didn’t know what to do with him, so there he was.

This film is also the last act of Carrie Fisher’s career and it is clear they didn’t get much footage of her prior to her death, which is truly heartbreaking. Reports rumored that Leia was meant to have a bigger role in this film, for her to be “The Last Jedi” proper, but once her death happened, they had to retool the story. I would have loved to have known what the original path of this movie was meant to be, and 9/10 I would say it would have made for a much better film and character arch. Leia was a RIDER and she deserved more.

On top of a clunky ride, as if the Star Wars: The Rise of Skywalker was constructed inside a metal wagon with 3 of 4 wheels, there were about as many mistakes and missteps as the last season of ‘Game of Thrones.’ Sure, there were no Starbucks cups left behind, or microphones left in the frame, but there were some things that just didn’t add up within the story. Non-Spoilering, one character seems to be removed from the board, but they were not, and there’s no good explanation as to how or why.

While most of this write up so far could be perceived as negative, there were some good parts. Just some of the things that are mentioned above were more glaring than some of the good pieces. Keri Russell joined the ranks with a really cool character, we get a new droid, and Billy Dee Williams returned as Lando Calrissian, who is always a treasure.

You finally get to see Poe and Rey interact, which is honestly very funny, and you get to see more than one person flip sides throughout the movie. And if you’re all for the Dark Side, the Knights of Ren were pretty bad ass. There is also a moment of LGBTQ+ representation, which I am super happy about. So maybe that’s the only spoiler you’re really gonna get out of me.

While I can honestly say that as a huge ‘Star Wars’ fan, someone who you’d probably call a purist to a degree (I hate the prequels), I do have a certain standard as to what I had hoped for this film. I can’t say I would know how to tell this story better than they did, but I can say I would offer a few pointers/ideas that may have made the film less disjointed.

With that being said, I’m ranking the movie around a B/B- level, or as my buddy, Ric, aka @thisdjsucks called it “A Netflix ‘Star Wars’ Film,” in terms of caliber. While I will say it’s worth seeing, I’m one of the few that loved ‘The Last Jedi,’ so maybe my argument is invalid. If you’d like to argue with me directly versus ripping on the Detroitisit staff, find me @acronymofficial. Until then, stay classy, nerds.