(Alternative) Spring Break in Detroit. It’s About Doing Good for a Change 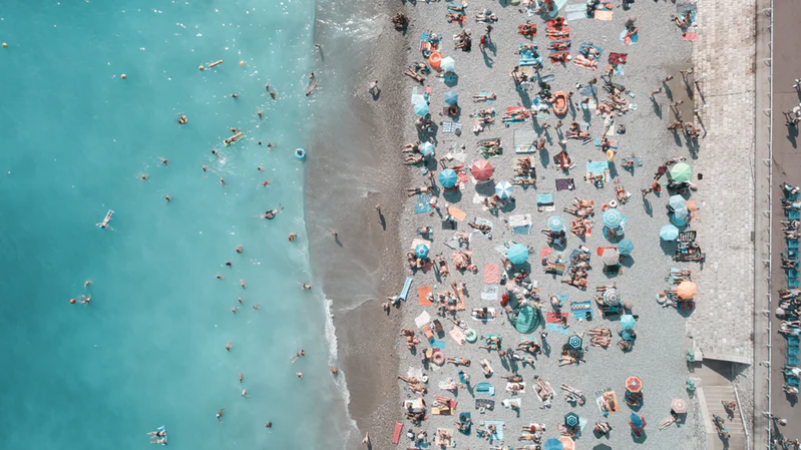 For roughly seventeen years, Wayne State University (WSU) has been hosting an Alternative Spring Break. And, each year, a group of WSU students forgo a week of travel or time to themselves to put in serious volunteer hours with some of Detroit’s most impactful non-profits, including Freedom House, Focus: HOPE, Ruth Ellis Center and Arts and Scraps.

That’s just the beginning. Each year WSU students donate time to around 20 non-profits over a six-day and five-night “break.”

The program’s coordinator, Brandon Shamoun, participated in the program as a Wayne State student in 2013. After graduation, he moved to California for five years before moving back to head-up the program, which during this year’s spring break will coordinate 2,000 volunteer hours among 63 students.

The program, he explains, grew out of the University’s wish to “keep people in Detroit and give back to the city.” Before 2013, students raised travel funds to volunteer in other cities. Keeping students in Detroit was more cost-effective than sending them away, provided valuable resources, and created an opportunity for students to connect with Detroit.

Waleed Eliwat, one of this year’s student coordinators, joined the program as a freshman.

“I was an out-of-state student, and this opportunity seemed like a great way to learn about the University and where I’m going to spend the next four years of my life. That’s why I initially joined, and every year, I’ve done it again just because it’s a lot of fun. You learn a lot, and throughout the years, I’ve been able to meet other people through my experiences, and that’s been really rewarding to me.”

A DIFFERENT KIND OF SPRING BREAK

This year’s ten group leaders will lead a total of five volunteer groups, with each group having a different itinerary. A few hours at one and then off to another. This allows students to have an experience customized to their interests. “Each day is a different theme,” explains Eilwat, “This year we’re focusing on diversity, inclusion, arts and culture, civic engagement, education, housing stability, and food security.”

Part of what makes the program so enriching is that students help choose the non-profits where they will volunteer. It’s Shamoun’s job to make sure each year is different. Both to help diversify outreach in the city and to keep the program interesting for returning students. Many of the program’s volunteers enlist for multiple years.

In addition to supporting Detroit by way of volunteer hours, most, if not all, of the program’s dollars are spent in the city, with all meals either being held in or catered by local restaurants. To deter students from joining from the “perks,” this list is kept secret until right before the program begins.

By the time you read this, the list will most likely have been released, so we’re not afraid to leak the news. Some of the restaurants included in this year’s spring break itinerary are POP + Offworld (Checker Bar), Yum Village, Detroit Dough and Yemen Café and Detroit Masala.

Since its start, the program has been successful, and yet, somehow, only some outside of the school know about the concept which is starting to spread to other schools. Due to budget cuts and “Universities trying to be creative on how to increase student retention and engagement,” Shamoun says other schools are looking to WSU as a model.

“I always tell them that it’s always good to look at the city that you’re in because every city across the country can use some support. Whether it’s Nashville or LA or whatever it may be, there are also communities there. They don’t necessarily have to come to Detroit.”