Taking the Arts, Opera, and Ethics to Detroit Area Schools

Because Everyone Deserves Exposure to Great Music, Mary Callaghan Lynch and the Motor City Lyric Opera Share with Detroit Youths 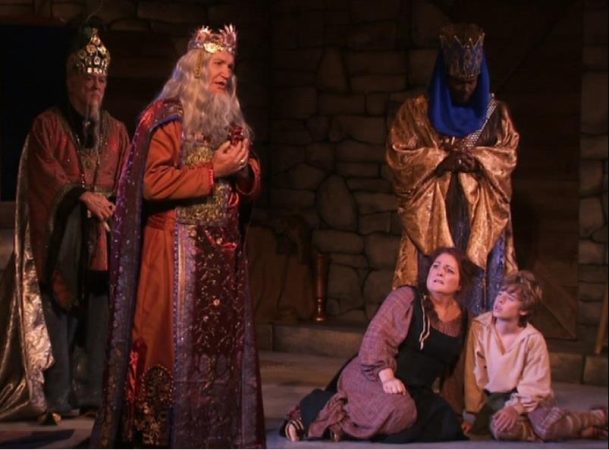 Underprivileged Detroit area kids may never have the opportunity to experience opera or a live musical performance. Further, at times, budget cuts have impacted the presence of the arts in schools, decreasing exposure to and education around music even more. Mary Callaghan Lynch has set about changing this.

Callaghan Lynch was born with music in her DNA, and her intention to connect youth with important life lessons through this medium has driven her for over 17 years.

She founded The Motor City Lyric Opera in 2002, a non-profit organization that takes performances – interlaced with important ethical messages – directly to Detroit-area schools at no cost. 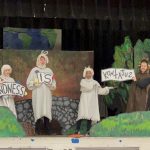 “Everybody deserves exposure to great music,” says Callaghan Lynch. “I believe that the expression of the arts is a humanistic universal right that transcends social and economic boundaries.”

In October, the group took the anti-bullying-themed opera the Billy Goats Gruff to 20 schools.

With advanced study guides, audiences can fully appreciate these presentations, and each performance includes a “talk back” when students interact with singers and musicians to discuss the message of the opera.

“The students get two for one essentially – exposure to the art form, and lessons and discussion around how to deal with bullying,” said Callaghan Lynch.

What drives her passion goes back to music running through her veins. Callaghan Lynch is the 14th of 18 children, and she says, “Our home was not filled with extraneous things but it was overflowing with music and love. We had a rich life with music at the center of it.”

Her parents, Mary O’Brien and John Callaghan, met in high school when they were cast as the romantic leads in the G & S operetta, H.M.S. Pinafore. They both attended Syracuse University on full scholarship—Mary for voice, John for organ.

Callaghan Lynch received her BFA from Marygrove College in Detroit. As an undergraduate, Mary began performing with The Michigan Opera Theatre and also performed in commercials and musical theatre. While singing at a funeral, she met her future husband, Patrick who had his own musical legacy—his grandmother, Marvel O’Hara, was an accomplished coloratura soprano who discovered and mentored George Shirley—the first African American singer to perform at The Metropolitan Opera in New York City. 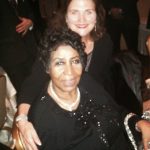 For twenty years, Callaghan Lynch served as Detroit’s Queen of Soul, Aretha Franklin’s opera coach, working with her to perfect several notable operatic arias, including stepping in for Luciano Pavarotti at the 1998 Grammy’s at the last minute. Pavarotti was scheduled to perform his signature aria, “Nessun Dorma.” but he fell ill and showrunners scrambled to find a replacement literally at the last minute. They chose The Queen of Soul, and she stepped in and brought the house down, getting a standing ovation and giving one of the most legendary moments in Grammy history.

Franklin served on The Motor City Lyric Opera Board for 16 years.

Over the past 20 years, Callaghan Lynch and her team have expanded their efforts and audiences.

During the pandemic, they worked with the American House and other Senior Living facilities and nursing homes to broadcast several concerts: Some Enchanted Evening, What A Wonderful World, Songs of Hope and Christmas Classic in the D – a program called Serenade for Seniors.

They have also worked with Henry Ford Health to live stream “Christmas Classics in the D” reaching patients  at all 5 of their locations.

Callaghan Lynch takes no salary but redirects all proceeds from the performances back into the organization so that they can reach more communities.

When asked what she gets from the experiences, she says,

It sounds trite, but it truly is in giving that you receive. To offer this transformative opera is a privilege. The response of the children and communities brings such joy. We have received thousands of letters and thank you notes from the students. 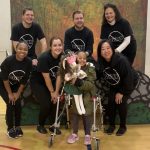 She references a performance done in October in Dearborn, where a little girl using a walker that could not speak English was so moved by the performance that she wanted to hold the Lucy D doll after the show.  Callaghan Lynch said, “It was precious.”

She also points to how the work they do affects the musicians and staff involved.      “It’s fascinating and rewarding to watch our singers and pianists experiencing their own transformation by giving in this way.”

The Motor City Lyric Opera ‘s flagship production “Amahl and The Night Visitors” has been broadcast on Detroit Public TV and most recently on EWTN (The Catholic Global Network which reaches 150 million households.

The group will be performing “Patricktide, a Celebration of Celtic Music, Poetry, and Dance at the North Hills Church in Troy on Sunday March 19 and 4:00. This is a free performance that is open to the public, but donations are appreciated.