Why it’s Important to Support Local Businesses During 2020. Chef Brad Shares What it’s Like to Have a Business During COVID-19 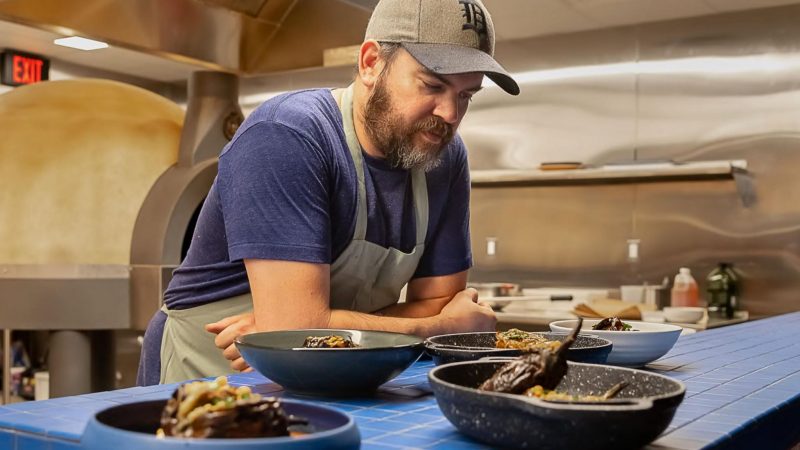 The interpretation of Detroit through each individual differs. What all Detroiters have in common is the love and passion for the community.

As Detroit has gone through many changes over the years, Detroitisit has decided to take a closer look into individual perspectives of how the city has changed, where they anticipate the city to be in the coming years and what Detroiters can do to support the local community. We are hearing from local business owners, chefs and community members to understand individual perspectives, passions and predictions surrounding the city of Detroit.

We first discussed the future of the city of Detroit with Brad Greenhill, Owner and Executive Chef of Takoi. With all that has happened in 2020 throughout the COVID-19 Pandemic, Brad shares with us his vision of Detroit today and why it is important to supporting the local community and economy.

HOW HAS THE CITY OF DETROIT CHANGED THROUGH YOUR TIME LIVING HERE?

“I think for me, Detroit has changed quite a bit in the eight years I’ve been here. When I first came to Detroit, there were four new restaurants and now there are 10’s of 20’s or 30’s, maybe even 100 new restaurants and bars. That’s one big dynamic shift that’s happened and there has also been a huge surge of redevelopment. As part of the first wave of that revitalization, it’s been interesting to see the subsequent changes and everything has happened. From when I was here, years ago, to now, there have been huge changes in the city of Detroit but there is still more progress to be made. There’s still more to go.

I hope things start to shift in a different fashion just because I see that a lot of development is more gentrification rather than like revitalization. It’s more top-down rather than, changes from within the communities and neighborhoods. So I think there needs to be a concerted effort to shift and empower people rather than just make people more wealthy that are already wealthy. But for me personally, Detroit has changed a lot because when I moved here, I was younger and now, I have a car, a business, and a kid. We don’t go out as much anymore, especially during COVID-19.”

WHAT DOES DETROIT TODAY LOOK LIKE IN YOUR EYES?

One of my side projects with my partner is our farm, HiO Farm. It’s predominantly used for Takoi, but our goal is to become an anchor for the Detroit community and be a supplier for other local restaurants. We originally started the farm for Magnet and Takoi, but now it’s predominantly being used for Takoi and other restaurants purchase items from time to time as well.

We have standard produce like peppers and tomatoes, but we’ve tried to grow some things that are more unique to the restaurant like herbs and some of the different varietals of vegetables we offer. We had a specialty cabbage that we were running for a while and we have some interesting, off the beaten path, peppers that we’re offering that are all over the menu right now. We try to keep it unique.”

HOW DO YOU SHOW YOUR SUPPORT TO THE DETROIT COMMUNITY?

“We want to help the greater good and it’s always nice to see the community come together for the city of Detroit. The more we keep things local, the better it is for the city economically. Unfortunately, during the pandemic, we’ve seen a lot of small businesses suffer, whereas, the big businesses are like, flourishing, because a lot of restrictions on small businesses, mainly, restaurants and bars.

I think it’s important that people realize when they spend money at a local restaurant or a local market, that that money is staying and being spent in the community rather than going to New York City or Washington D.C. When spending your money, it’s important to shop local to support the local community.

Be aware of the situation and do what you can to support. If you used to eat out five nights a week and you’re not anymore, try and get carry out two days a week to help these local businesses. We have to empower people. People that are here in Detroit.”

WHEN WILL TAKOI BE REOPENING FOR INDOOR DINING?

“Takoi will be opening for indoor dining on September 17, operating at 50% capacity. Walk-ins are always welcome, but we’re encouraging reservations. We’ll still have carryout, delivery, and the patio for as long as we can.

Outdoor dining will remain the same, diners can walk up to the window and grab food and eat it outdoors. Where the dining room is it will be returned to more like I don’t want to say, normal restaurant service because we’re definitely making a lot of adjustments, but getting the closest to normal, in a safe manner.”