Books Won’t Solve America’s Problems, but They Can Help Us Understand 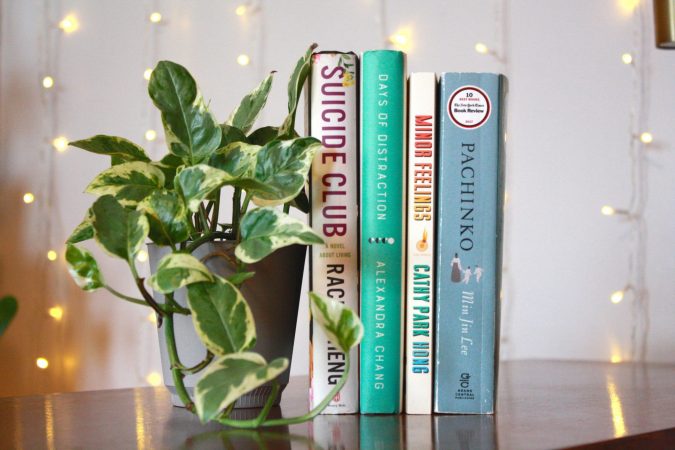 Detroit has been geographically distant from the shootings that took place in Atlanta last week, but distance means nothing when a community is voicing hurt due to a racially driven act of violence. In an effort to spread information about Asian American life, racial inequities, and racist subtleties in media and propaganda, we have gathered together a list of 10 books by Asian authors that explore these topics and seek to educate.

Reading books and supporting Asian authors is definitely not the only way to support the ache felt by these losses, but education and understanding of a racially diverse America is an ever-present and necessary reality we must embrace, so let’s get reading.

THE MAKING OF ASIAN AMERICA BY ERIKA LEE

In The Making of Asian America, Lee offers an in depth look into the migration of Asian immigrants into the United States and the history they have created. Lee uses the intricacies of politics and personal decisions to help provide clear and precise reasons for Asian migration as well as what Asian American life has looked like and currently looks like. Intertwined with this is the reality of continued racial biases of the Asian American community in the United States, even as the world has changed throughout the years.

“Asian Americans are changing the face of America, but most people know little about their history and the impact that they have had on American life.” 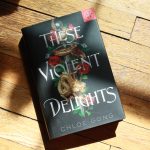 THESE VIOLENT DELIGHTS BY CHLOE GONG

A bright and shining Shanghai erupts to life through Chloe Gong’s 1920’s retelling of Romeo and Juliet. Roma is the heir to the White Flowers, Shanghai’s Russian gang, and Juliette is the heir to Shanghai’s own, the Scarlets. The two may have once been in love, but betrayal is something neither can forgive. Even after four years apart, the tension between them reignites, adding new barriers and obstacles as each tries to be the first to prevail over the monster wreaking havoc on their city.

“The man runs and runs, past the neon delight of the theaters as the last of their lights wink off, past the whispers crawling under the front doors of brothels, past the sweet dreams of merchants who sleep with piles of money underneath their mattresses.”

IN ORDER TO LIVE BY YEONMI PARK

Park’s memoir of escape from North Korea to South Korea is a harrowing tale that doesn’t shy away from the brutality she experienced during her journey and in her homeland. Her story is far from an easy one to read, but one that begs to be shared and begs to be known.

“I am most grateful for two things: that I was born in North Korea, and that I escaped from North Korea.”

INTERPRETER OF MALADIES BY JHUMPA LAHIRI

This Pulitzer Prize winning book of short stories engulfs the reader with tales of individuals seeking solace. Each story’s characters are ignited with connection, something humankind craves no matter where we reside. Flowing from India to America and back, Interpreter of Maladies examines immigration, barriers, and what it means to be a foreigner.

“You left India as a child?” Mr. Kapasi asked when Mr. Das had settled once again into the passenger seat.

“Oh, Mina and I were both born in America,” Mr. Das announced with an air of sudden confidence.”

DAYS OF DISTRACTION BY ALEXANDRA CHANG

Interracial relationships, workplace discrimination, and the inner battle against a society set on ignorance, Days of Distraction follows a 24-year old who just wants to escape into something better. This book is written in short, poetic sections that examine what it is to be misunderstood and unnoticed in a life reexamined.

“People think I’m smaller than I am. For example, my feet. In fact, I wear size 8.5 of 9. According to Google, these are the most common sizes for American women. Average is good, I reason. It means that wherever I end up in this country it will be easy to find someone whose shoes I can borrow.”

Pachinko is an outstanding story rippling through four generations and pinpointing the effects choices can have on us and our posterity–no matter where we are in the world. Set in the 1900’s, this deeply moving tale plunges into loyalty, love, ambition, and sacrifice as an immigrant family fights to govern their own destiny.

“There could only be a few winners, and a lot of losers. And yet we played on, because we have hope that we might be the lucky ones.”

Suicide Club dives into a future where organs can be replaced indefinitely, and living for a few hundred years is the norm–as long as your status enables you to do so. Touching lightly on the inevitability of human life and death and what it means to live forever, this novel more than anything discusses those caught in the hairs of imperfection. In a world where youth and rule-following are the keys to a good, long life, what happens to those who don’t fit the mold?

“They burst out laughing. Todd laughed too, right on cue. Their laughter was rich and cascading, a golden ribbon unfurling through the party, making people turn to look, people who were until then perfectly secure of their position in life but at that moment felt something was missing.” 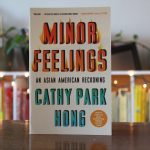 This collection of essays discusses depression, America, and life as an adult child of Korean immigrants. After a childhood marinated with suspicion, shame, and melancholy Hong honestly examines what it is to be Asian American in a present-day world.

“My depression began with an imaginary tic. For an hour, I stared at the mirror, waiting for my eyelid to flutter or the corner of my mouth to tingle.”

Yellow Peril is a comprehensive history of photographs, paintings, movies, comics, and more compiled by two scholars as a repository of anti-Asian media and propaganda. This book is an eye-opening experience, as a vastly unspoken visual history of Asian fear is revealed and analyzed in great detail. Though this book can be dry at times, the information of which it presents is an important history to know and deviate from in the present and future.

“Any storyteller or professional photographer understands that point of view is everything. What’s the angle? How is the story constructed? What point of view is being visualized? If yellow perilism is part of the pervasive yet unrecognized culture of our politics, how far back does it go?”

FRANKLY IN LOVE BY DAVID YOON

High schooler Frank Li feels stuck between two worlds: the one his Korean parents want for him, and the one he wants to figure out for his born-and-raised American self. His parents approve of dating, but only if it’s a nice Korean girl. As Frank starts to fall for Brooke Means, a white girl at his school, fake-dating his Korean-American friend in the same situation seems to be the only answer. But does the answer bridge the divide between his two warring worlds and his parents?

Subscribe to our newsletter for regular updates on all things Detriot and more.