That Style – Where Does it Come From and What Does it Represent? 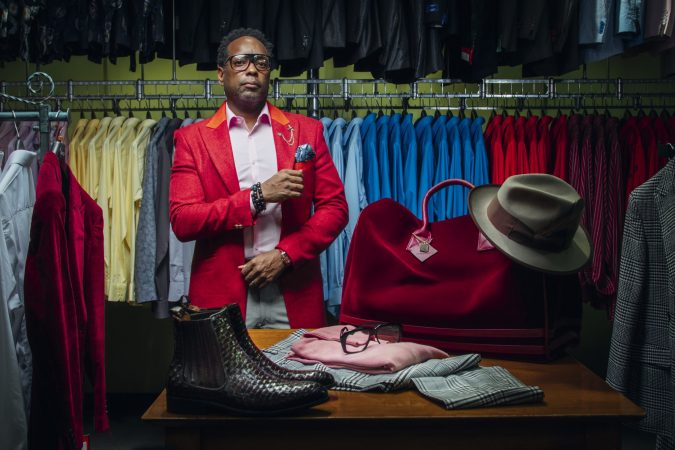 What is it about African American men and their style? So many seem to just have it. Bold colors, robust and innovative patterns, fabulous hats, dapper shoes, and a way of putting things together that’s – different, and it just works.

And to be clear, those who make it work, work at it.

We figured there’s depth to this question, and one particular in many ways to Detroit. To better understand the relevance socially and culturally, we sourced several stylish Detroiters along with those who create and sell the style, to give us their perspectives on where it stems from for them.

First, let’s take a quick journey through the history of African American style.

In the 1800s, when times were very different than those we live in today in the U.S., Black slaves were made to wear light cotton colorless durable clothing. Urban slaves had access to better clothing and, since they were more likely to be house slaves, versus working on farms, their clothing became a symbol of their master’s wealth.

Near the end of the 18th century with the abolishment of slavery, and the new potential for greater personal income, Black men and women were afforded more choices in their fashion and style.

In the 1920s “correct” dress became especially important when “stepping out” for social occasions with community members, a habit that continued into the 2000s and for many – remains very much so intact today.

During the 1930s and ’40s  ‘Zoot Suits’ became popular, with their super-sized shoulder pads, sprawling lapels, and peg and flowing trousers, tapered at the ankles to prevent jitterbugging couples from getting tripped up while they twirled.

In the ’50s suits were standard among all men. While white men’s suits focused on the finish, Black men’s attire was focused on the details with emphasis on accessories like watches, glasses, and belts. Sammy Davis Jr., Dr. Martin Luther King Jr., Harry Belafonte, Miles Davis, and Chuck Berry were true ’50s ambassadors when it came to Black fashion.

In the 1960s fashion became more utilitarian as many entered the workforce as a generation post WWII.

In the 1970s, with a renaissance of authenticity in style and pride, the natural afro hairstyle came back into style and has remained a prominent source of Black pride in many ways.

The 90s brought back hats, flat tops, and chains peeking out of baggy jeans. 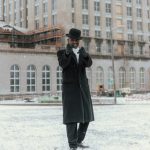 Corktown, “With rap and hip hop in the ’80s and ’90s came dressing down, and now in 2022 it’s ‘Whatever I’ve got on is what I’m wearing.’ I think it’s important to examine yourself and dress appropriately to step out.”

Kootama is not the only one who thinks this way – not by a long shot. Stylish Black men can be seen “stepping out” in Detroit quite often. So with an ‘anything goes’ culture, what drives them to take the time and energy to remain so focused on their appearance?

THE ‘WHY’ BEHIND THE STYLE

Many say it’s pride and espresses a strong sense of responsibility to family and community.

Rufus Bartell, Owner of Simply Casual on the Avenue of Fashion says,

No question there is a sense of pride in how I present myself. I think black men also use fashion as a sense of value and worth. What a man does in life is measured by how he looks.

“It’s important for a man to look clean and polished when he steps out into the world,” adds Deron Washington, owner of Shops On Top in the Eastern Market area.

DeAngelo Smith, owner of Executive Cuts on Jefferson weighs in saying, “Fashion plays a large role in the identity of a Black man. There is a sense of responsibility because each of us represents our community.”

Smith goes on to say,

While raising me, my Grandmother used to say that I represented her and the family when I went out, and she always made sure I represented them well. That stuck – it applies to my family now and my community.

They each point to family and the church community as their origin of this purposeful style.

“I started being aware of and interested in dressing nice when I was about five or six at church,” said Bartell. “It was a fashion playground. Everyone in the community came out ‘dressed.’ There were literally hat wars and people tried to outdo each other. It was a form of expression and I liked it. I wanted to take part in it.”

Adds Washington, “My mother was an impeccable dresser and I watched her. It was important when we attended church, but also out shopping, to friends, anywhere in the community. We had to look neat, clean, and dressed. 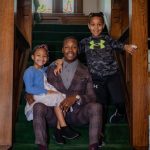 BRYAN BARNHILL IN HIS HOME WITH HIS CHILDREN

Appropriate. That remains with me always.”

Yet, conversely, Board of Governors for Wayne State University Bryan Barnhill’s interest in dressing ‘fancy’ came from a bit of push back against his mother’s wishes, who approached fashion with a sense of caution, encouraging him to be more austere in his choices because expensive articles could get him hurt. “Naturally I rebelled and wanted to dress in fancy clothes and chains,” he said.

Barnhill’s style has evolved though. “I pay great attention to fit, materials, and also Black designers. I work to teach my kids the importance of how you present yourself and our community as well.  The best suit I’ve ever had in my life came from Detroit Designer, Nelson Saunders, who owns Dandy Custom Suits.”

THE IMPACT OF STEREOTYPES

To take the purposeful dress to the other end of the spectrum, if we are all being honest, there are certain stereotypes involved.

As a group, Black men are far more susceptible to stereotypes.  We have to be more conscious of how we present ourselves and come across for own safety and freedom. We have to work a little harder to be seen for who we are and who we want to be.

“Fashion has its own conversation, says Smith. “When you walk in room people will notice how you are dressed and they will box you in. Sometimes it’s good and sometimes bad.” 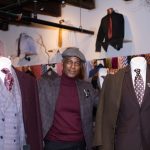 Adds Washington, “I think we all stereotype people on how they look. When I’m traveling and dressed well I get compliments from men and women. When I’m dressed in a hoody after playing basketball I’m treated differently. I get a different look. Different body language. I’m received differently. But I’m the same guy who was in the suit three hours earlier.”

Washington takes it one step further by teaching a class for young men from five to 16 years of age called Fashion Code 123. “I teach the importance of being clean, neat, and groomed and the kids really get it.”

In that same spirit, when the Man to Man Project in conjunction with the Black Legacy Advancement Coalition (BLAC) approached Warick Richardson, Owner of Tailored Detroit in Eastern Market to help young African American men, he stepped up with an inventory of suits, sportscoats, dress shirts, and outerwear to outfit 25 young men, saying “I feel an obligation to make sure the younger generation knows how to present themselves, what to wear, how things should fit, and how they 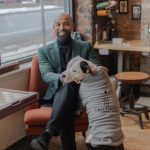 He goes on to say “I think what we wear impacts how we are treated, and also how we act. When we feel good about how we look that instills confidence, and that feels great in itself.”

Shifting gears … we asked, is there a Detroit influence on how Black men in the city dress? We got a resounding – yes.

Says Washington, “Detroit sets fashion trends and it’s been that way since the ’60s with Motown. I looked up to that and wanted to carry myself with dignity and look clean and polished and cool.”

Growing up in Ann Arbor, Richardson says when he went to parties in Detroit in high school it was like a different world. “People dressed completely different downtown, in pink shoes or a bright green suit. It was awesome.” 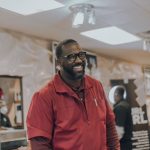 Smith says Detroit carries a certain pizazz that is recognizable. “You can spot someone from Detroit by the way they dress… there is a flashiness but also a subtleness as well.”

Richardson tells the story of his own shop, saying that upon laying out the styles for their opening, he realized there wasn’t one look that really stood out as “Detroit” style in the mix. So they pulled some green material and crafted a suit that he thought may not sell – but wanted to represent. In the end, he’s sold more of that suit than any other.

While each man’s background, childhood neighborhood, and circumstances have been different, their perspectives are quite similar when it comes to style. It’s about representing oneself, loved ones, and community in the best way possible. It’s been instilled in these men by those same entities – and by how they are viewed in the public eye. And it lives on in each of them and – hopefully – those they influence going forward.

We agree, and applaud it!