Are We Experiencing the End of News Media in Detroit? 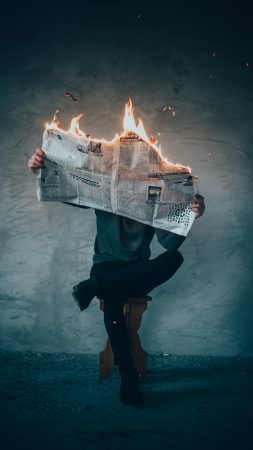 In the early 1990s, and drawing on a multi-year career in the newspaper industry I remember a staff meeting at the Detroit Free Press where the executive editor spent the bulk of his time reassuring the reporters and editors that things were on the up and up. The comments smacked of desperation, and the journalists in the room knew it.

The pep talk was given at an awkward time. Staffs and management at the Free Press and The Detroit News were awaiting a U.S. Justice Department decision that would allow the merger of the business operations of the two daily newspapers. Free Press employees were on edge because Dave Lawrence Jr., the publisher, had announced in no uncertain terms: If the Justice Department did not approve the merger, the paper would close.

After the pep talk, the executive editor asked if anybody had any questions. A business writer in the back of the room shared a question that reflected the attitude in the room: “If everything is so wonderful, why do we all feel (the scenario is) so shitty?”

Gallows humor is part of the culture in every newsroom, but these days most reporters at Detroit’s two dailies can’t help but feel the hangman breathing down their necks. With only a few exceptions, newsroom staffs nationally are shrinking through attrition and cuts. In January, the Free Press completed another round of buyouts, shedding the salaries of some of the paper’s highest paid, longest serving employees. Meanwhile, management at The Detroit News demanded that paper’s top paid employees take a pay cut of no less than 20 percent.  That demand caused sports writer Lynn Henning to retire from The News after a 40-year career.

Pause for a second and ask yourself: How likely is it that Kwame Kilpatrick would still be mayor of Detroit if Detroit had no newspapers?

THE STATUS OF NEWS MEDIA IN DETROIT

The situation in Detroit is no different from nearly every other big city newspaper. Print circulation, which generally accounts for 20 percent of a newspaper’s income, continues to decline as people choose to receive their news through online platforms. With the decline in readership, advertisers are following readers to digital, and 2018 saw spending on digital advertising surpass all traditional forms of advertising (i.e., newspapers and magazines, radio and television, etc.) and the gap between traditional and digital is only projected to grow.  But are we experiencing the end of News Media in Detroit?

Newspaper profits have been tumbling over the past two decades, seemingly spiraling into the abyss. With each staff cut, the reporting and content become less robust leading more readers to abandon their subscriptions, which leads to more staff cuts, which leads to … more downward spiral. 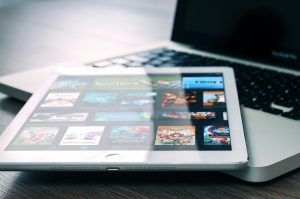 The future for the News and Free Press appears bleak, yet the contrarian in me believes newspaper journalism is still important and relevant. Newspapers do an unparalleled job of digging into stories. Pause for a second and ask yourself: How likely is it that Kwame Kilpatrick would still be mayor of Detroit if Detroit had no newspapers? Would local TV news have the capacity or the desire to follow through on long court fights to demand the release of documents critical to demonstrating Kilpatrick’s guilt? That seems unlikely when there’s a story to do on the appearance of the governor’s body.

Perhaps the biggest advantage local newspapers have over other mediums is that they help to build communities through a common experience. Newspapers take the role of providing readers in communities with the common thread of the one relatable story given their relatable experiences. Those who read a story about school funding share a common basis of knowledge that they can refer back to. That common understanding results in voters being more astute and better prepared when addressing politicians about critical local issues or entering a voting booth.

A recent study published by the Nieman Lab at Harvard University shows cities without local newspapers are slightly more politically polarized than cities with one or more newspapers. Without the common knowledge gained from reading a local newspaper, individuals tend to fall back on the beliefs of their chosen political tribe, potentially at the risk of their best interests or that of a larger community.

Unfortunately, it’s clear is that that the Free Press’ corporate overlords care more about branding than community. Just take a look at the Freepress.com website, where the paper’s iconic Gothic nameplate has been replaced by “Detroit Free Press” in the same type used by USA Today, the corporate parent’s star property. Without the newspaper’s instantly identifiable nameplate on the website, Detroit might as well be Des Moines.

When I was a kid growing up, the Free Press was my paper. I loved the Freep because of its personality. But Freepress.com? It’s news by a corporate cookie cutter.

I didn’t realize this when I was falling in love with the Free Press as a child, but I grew up in an era when Detroit’s newspapers balanced two missions: making a profit and civic responsibility. I admit that I formed my opinion of what a newspaper should be during that period and yearn for the days when both Detroit newspapers had the resources and newsrooms full of tough, resourceful reporters to document the summer of 1967, the collapse of the auto industry, the scourge of crack and a city rotting from within, visits by a pope and Nelson Mandela, the civil rights abuses by the Detroit Police Department which led to the election of Coleman Young, and the ecstasy of championships won by the Tigers, the Red Wings, and the Pistons.

Maybe I’m being too romantic and should come to terms with Detroit being a city with newspapers that are no longer strong enough to set the civic agenda or hold a mirror up to the community. There is now an overabundance of choices for how to receive news, and the written word is no longer exclusively published with ink. Nevertheless, I will not give up on the idea that a newspaper exists to serve. If there’s a conflict between the newspaper’s bottom line and the community, the community should be the priority every time.

Next up I will describe some models and options that the papers could adopt that will cut costs without cutting staff, get the newspapers past their most recent dance with desperation, and focus on an ideal that should remain the primary mission of The News and Free Press so long as they are still in business: reporting the truth to build a better Detroit. 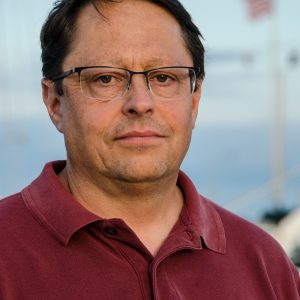