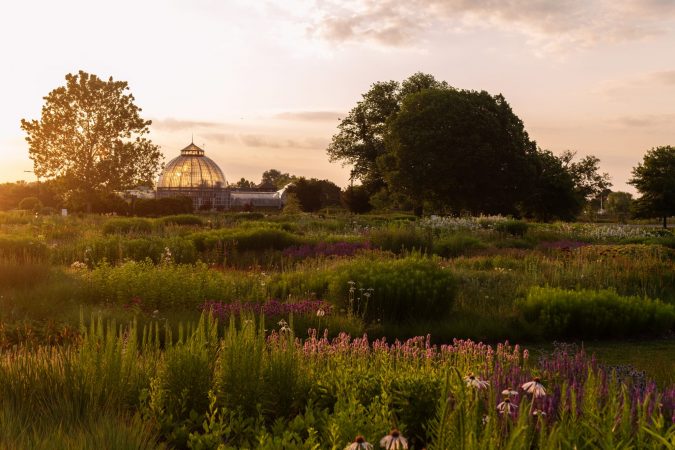 In December of 2016, the Garden Club of Michigan sent a love letter to internationally-renowned Dutch garden designer and horticulturist Piet Oudolf, inviting him to consider a commission in Detroit for a public natural perennial garden on Belle Isle. The isle sits between the U.S.-Canada border as a 982-acre island park in Detroit, Michigan. The park was designed by the famed landscape architect Frederick Law Olmsted and was created to provide an urban oasis in Detroit in the late 19th century.

Six years later, the only garden in the world of its kind sits in front of the Nancy Brown Peace Carillon at the intersection of Picnic Way and Loiter Way on Belle Isle – and it’s glorious. 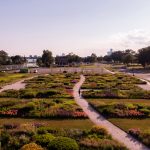 Having designed the green spaces of The High Line and Battery Park in New York, in addition to dozens of others around the world: from the Lurie Garden in Chicago‘s Millenium Park and Toronto‘s botanical garden, Oudolf Garden Detroit is different for a number of interesting reasons. 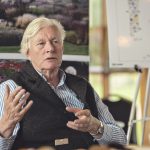 First, it blends all three of Oudolf’s iconic perennial design styles – block, matrix, and group planting – which is something he’s not done before. The design is divided into A, B, and C beds for each style, respectively.

Next, the garden was constructed during a pandemic, keeping Oudolf from visiting the site throughout its development.

And, says Oudolf, “This garden sits on one of the most natural sites for one of my gardens anywhere.”

Finally, innovative Geographic Information System (GIS) technology is used to guide the garden planting as well as educate the public via the OGD website’s plant database and interactive map interfaces.

Says Oudolf, “I’ve never been asked by a garden club to design a garden, and Detroit caught my imagination. I’ve not visited Detroit often but upon coming here I found a city with so much space, but when you talk to the people everyone knows each other. It’s a community.” 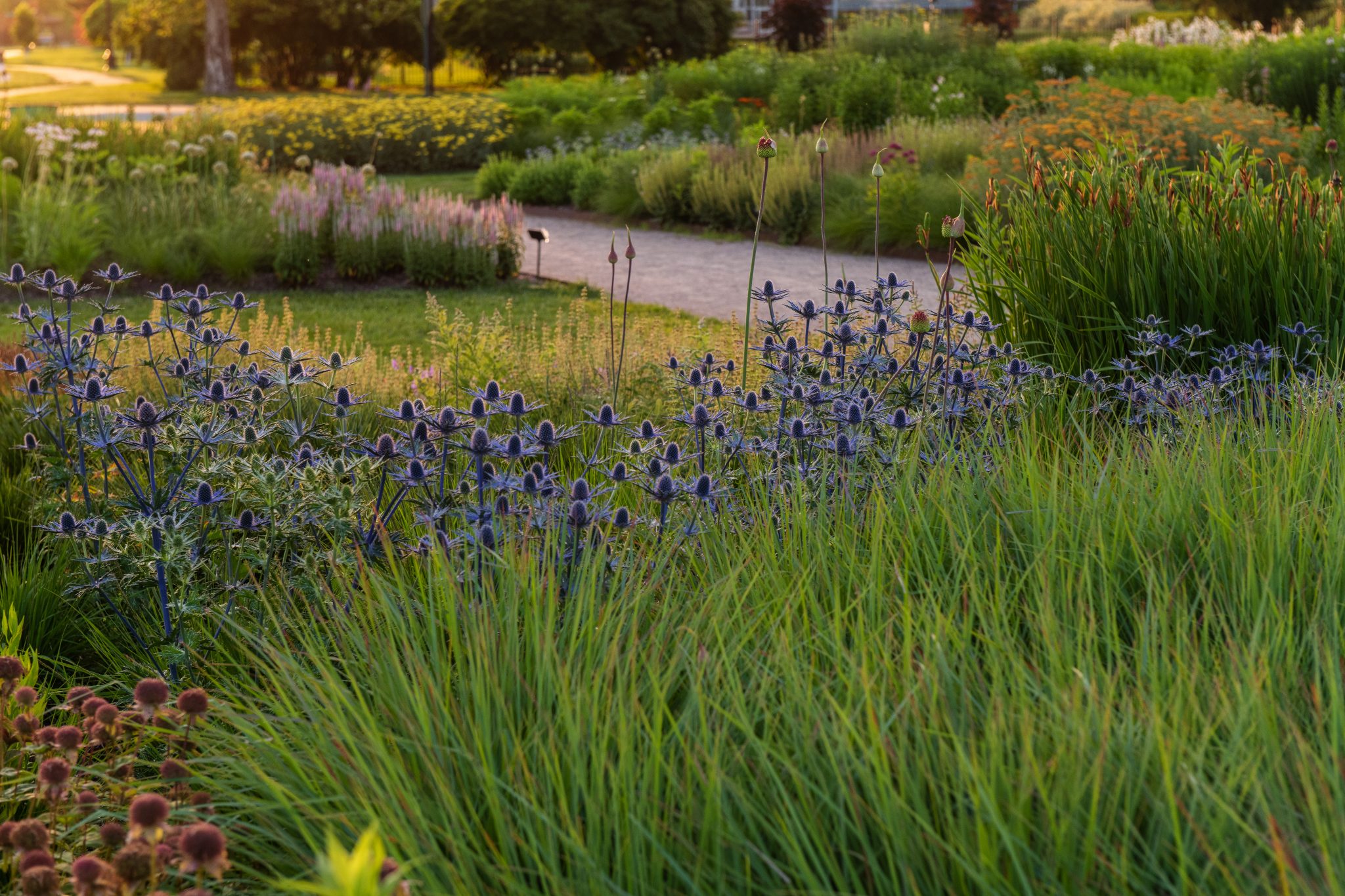 After receiving the love letter, Oudolf traveled to Detroit to check it out. Says grounds crew member Duncan Campbell, “On his ‘first date’ we drove Piet to all corners of Detroit. When we went to Belle Isle and drove by the conservatory and aquarium and Nancy Brown Peace Carillon he said ‘stop here – this is where I want to make my garden.’ 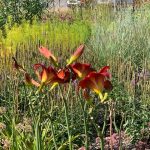 When asked what the best time to visit the garden is, Oudolf says, “Morning until night, any day of the year.” Says Campbell, “The garden was designed so that even during the winter there is a special snow effect. Also, in the winter you can see the landscape and the design work more clearly.”

COVID-19 hit early on in the process. When the designer himself can’t visit the site that challenge may seem insurmountable. But the staff and volunteers pulled together. They followed Oudolf’s design, communicated via Facetime and executed.

Says Oudolf, “Normally, I visit and walk around several times during the project. There is always some interpretation of the plans needed. This time I could not do that. The people involved surprised me. When I walked the completed garden I didn’t have much to say in terms of changes.” 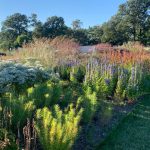 Then came the flooding in July of 2019. Due to the historic high waters, the area was largely underwater. The garden needed a redesign, and Oudolf Garden Detroit went out to raise more money to elevate the entire garden site by three feet to withstand future flooding.

Now, as it’s completed, although it will remain a work in progress as all natural landscapes are, when asked about the importance of the garden, Oudolf said “People are affected by plants and touched by what they see – it connects people and connects us with nature. Gardens serve the community.”

The garden is open to the public during Belle Isle hours which are 5 am to 10 pm year-round, or guided tours for groups of 25 or more individuals are available by appointment.