Paving the Way for a Greener, More Connected Future 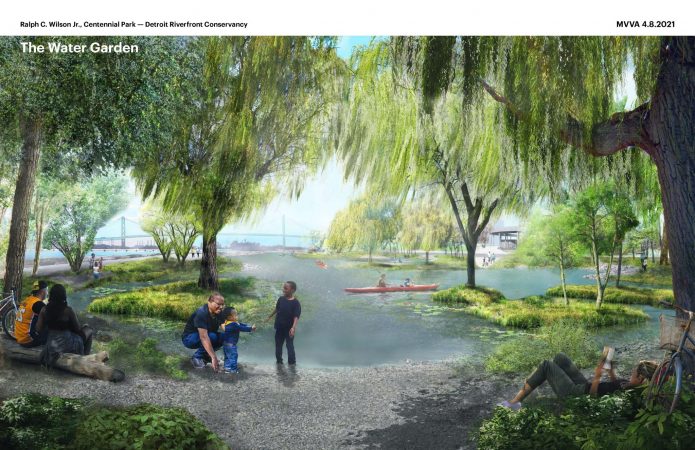 Detroit – the  Automobile Capital of the world – also has a remarkable and exciting story to tell when it comes to commuting on two wheels or two legs.

The city is quickly becoming more walkable, bikeable, and connected.

In fact, the Detroit Greenways Coalition has a 50-year vision in place to develop Detroit into the Greenways Capital of the World, and the city is off to a strong start with the recent designation of best Riverwalk in the country.

Says Todd Scott, executive director of the Detroit Greenways Coalition, “We have a long-term vision to connect every neighborhood in the city so that it’s easier and safer to travel without a vehicle. This includes designated and safe bike lanes on the roads as well as Greenways.” 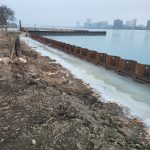 First, let’s take a look at what a Greenway is exactly.

According to Wikipedia, Greenways are vegetated, linear, and multi-purpose. They incorporate a footpath and/or bikeway within a linear park. In urban design, they are a component of planning for bicycle commuting and walkability.

The term Greenway comes from the green in green belt and the way in parkway, implying a recreational or pedestrian use rather than a motorized vehicle, as well as an emphasis on introducing or maintaining vegetation, in a location where such vegetation is otherwise lacking.

Typically, there are four main elements of a Greenway:

–The trail itself, where one can walk, run, bike or just get some fresh air and enjoy nature

–Amenities – which could be as simple as a bench, or as extravagant as a park with multiple opportunities for recreation, such as the Ralph C. Wilson Centennial Park

Mark Wallace, president of the Detroit Riverfront Conservancy describes Greenways as  “Providing a multitude of benefits including the promotion of physical and mental health, economic development, sustainability, connectivity, and even resilience. He says, “Detroit is a big city, and anything we can do to connect our neighborhoods and provide places that are comfortable and healthy for people and residents to come together will drastically improve the city.” 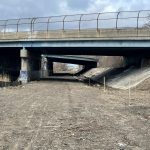 Currently, there are essentially four Greenway projects underway in the city.

To the east of Mount Elliott Park at the former Uniroyal site, the Detroit Riverfront Conservancy and others are building a key segment of the Riverwalk that will connect Mount Elliott Park to Gabriel Richard Park and to the MacArthur Bridge over to Belle Isle.

When completed later this fall, this section of Riverwalk will include an extra-wide pathway with separate lanes for walkers and bicyclists, colorful landscaping, and a stone barrier of rip rap. 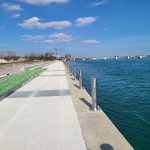 Says Wallace, “Connecting this segment is a game-changer for the Riverwalk. Now walkers, runners, and cyclists can transverse directly from the Riverwalk to Gabriel Richard Park to Belle Isle.”

On the West Riverwalk, there are two projects underway.

There is a small segment between Riverfront Tower Apartments and the future Ralph C. Wilson Jr. Centennial Park where construction to connect the two is underway. There are three property owners involved – The Platform Group, Riverfront Towers, and the DDA. Funding is being provided by the Michigan Department of Natural Resources, a Michigan Department of Transportation TAP grant, and Ralph C. Wilson philanthropic funds.

This space, scheduled to be complete in early 2023, will include a spacious concrete plaza with tiered seating, three beautiful rain gardens, the familiar marine railing, lights, security cameras and connect the Ralph C Wilson Jr. Centennial Park to the Riverwalk going East.

The Detroit Riverfront Conservancy broke ground in April of this year for this one-mile-long Greenway that spans from Bagley to Jefferson, connecting the Detroit Riverfront and the future Ralph C. Wilson Jr. Centennial Park with the Michigan Central mobility innovation district and neighborhoods throughout Southwest Detroit, Mexicantown and Corktown. 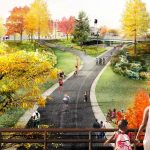 “This one is unique in that it’s a sub-grade old rail line similar to the Dequindre Cut. The land sits exactly at the intersection of Corktown and Mexicantown and is accessible from Bagley and Vernor and will make getting to the waterfront and the park extremely accessible for families who reside in those neighborhoods,” said Wallace.

This Greenway is scheduled for completion this Fall.

There is also a longer-term vision in place to eventually extend and connect this Greenway to the Gordie Howe bridge, making international travel via bike and foot possible.

The Joe Louis Greenway is one of the biggest Greenway projects in the U.S. currently. An ambitious 27.5-mile stretch is planned to extend from the Detroit Riverfront to Highland Park, Dearborn, and Hamtramck. It also includes connectors along Livernois and McNichols, the Dequindre Cut and portions of the Detroit RiverWalk, as well as portions of the planned Iron Belle Trail and Southwest Greenway. 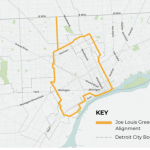 When complete, it will provide a place for people of all abilities to safely walk, bike, and run while connecting neighborhoods, parks, schools, jobs, historic sites, commercial corridors, and public transit.

Says Tom Woiwode, director of GreenWays initiative and director of Community Foundation for Southeast Michigan, “This Greenway will have a transformative effect on the city. It ensures that people without current easy access to the water will finally have access to the Riverwalk and all of the amenities and unique natural resources there.”

The City of Detroit is acquiring 7.5 miles of abandoned Conrail railroad property using grants from Michigan’s Natural Resources Trust Fund and MDOT. This railroad property, formerly the Detroit Terminal Railroad will become the northern and western part of the Joe Louis Greenway loop.

Connecting with the Joe Louis Greenway and the Southwest Greenway is the much anticipated Ralph C. Wilson Centennial Park. Groundbreaking took place on May 10 and it is slotted for completion in 2024.

At 22 acres, this is one of the biggest parks under construction in the country and a rarity on many levels.

Shared Wallace, “Having 22 acres of undeveloped land in a downtown area next to a spectacular body of water is extraordinary, as is the conversion of an industrial use space to public use space. Further, people are going to be able to do things at this part that they can’t do anywhere else.” 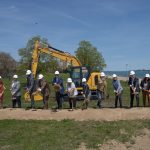 Expanding on that, Wallace points to the kids’ climbing structure and water-play area. “Kids from Detroit will be able to tromp around in a woodsy, rural-like environment with a stream running through it right in the middle of the city which is incredibly unusual.”

Of the Southwest Greenway and park, Scott says “This is going to blow people away. People are going to be hootin’ and hollerin’ when they experience this.”

“The beauty of these four projects is that they connect to each other and to the Riverfront, completely transforming the infrastructure of our city and creating opportunities that simply haven’t existed in any way, shape, or form,” says Woiwode.

What Do These Greenways Mean to the City, its Residents and its Visitors?

“They will physically, socially, and culturally change the entire landscape of Detroit,” says Woiwode. 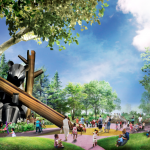 Says Scott, “To some, Greenways simply mean being able to enjoy these relaxing and beautiful spaces for walking and biking, and connectivity to shopping and everyday needs. To many of the community leaders the Greenways are seen as a tool to help address many long-standing concerns such as blight, lack of park space, safe spaces for youth, and the economy overall. This work also fully aligns with the Mayors’ goal of building 15-minute neighborhoods.”

Wallace echoes these sentiments, saying, “Creating this extension of our park system and connectivity between the city neighborhoods will bring tremendous social, health and economic benefits to the city.”

So, what will the city’s connectivity via these Greenways look like in twenty years?

“If we do this right, the work is never done,” says Woiwode. “The intent is for each segment is to continually build upon the next, for people to connect in different ways and link to the different corridors on an ongoing basis.”

He goes on to say, “It’s so important to think about what we want the world to look like in the future and for future generations. The individuals making this happen are steadfast in that dream and goal. They dream big, they are making it happen, and it’s a shared and equitable dream for all to benefit from.”