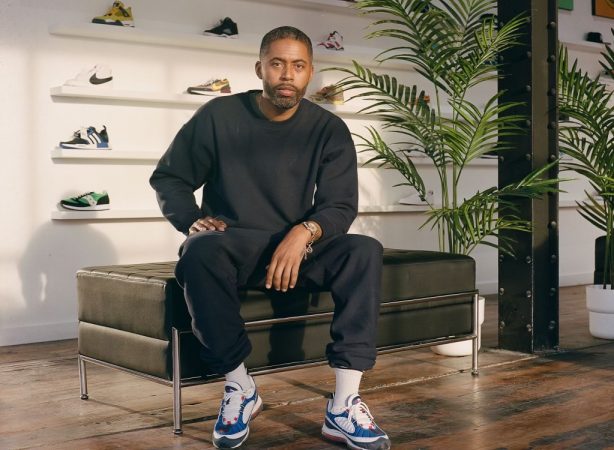 If you’ve been to the Eastern Market area in the last two months, you’ve probably noticed the stand out, simple and sophisticated new retail establishment on the corner of Brush St. and Fisher Freeway called Two18.

Upon seeing the name, one might think that it represents the store’s address but that’s not the case. In fact, the Two stands for the second letter in the alphabet, B, and the 18 denotes the letter “R.” This is an ode of sorts to one of the most-known establishments in Detroit sneaker culture, Burn Rubber, located in Royal Oak.

Behind them both is multi-talented rap artist, DJ, and entrepreneur, Roland ‘Ro Spit’ Coit. 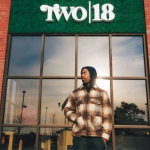 When asked how he expanded a budding career in music to owning the iconic Burn Rubber brand and now Two18, he says, “My earliest memories go back to sneakers – I’ve always been into them and remember mowing lawns to make money for shoes and manipulating my aunt to score some new ones.”

He says when it comes to music and fashion, one feeds off of the other for him, but it took opening the store to unlock bigger doors within his music career.

“I had decided that if I hadn’t made it big in the music space by age 30, I’d stop music altogether, and I was headed that way,” says Coit. He then took on Burn Rubber in 2007 at age 27 with Rick Williams, and thus began the shift.

They played their music in the store, and patrons starting visiting specifically to see Coit and Williams. “The brand kind of became us and we became the brand,” said Coit.

With the visibility and opportunity to meet more people, Coit started working with his current Manager – Six – doors began opening and as Coit says, “I was rocking and rolling and just kept going.” 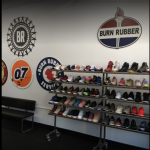 At the same time, they poured blood sweat and tears, 100% dedication and a healthy dose of creativity into Burn Rubber, and it evolved into a nationally successful sneaker and streetwear brand. Burn Rubber also has the distinction of being one of the few black owned sneaker stores in the world.

About Burn Rubber, Coit says, “When we opened the store we were kids …all about loud statements, bright colors and bold logos. That’s what Burn Rubber is, and it’s a brand unto itself.”

But as time has gone by, Coit’s own vision of fashion has matured and evolved, and the idea of Two18 as a more elegant variation – yet with it’s roots still within the Burn Rubber concept – has taken hold.

So has the idea and reality of carving out a niche in the city.

Coit says as far back as 2009, he had a desire and vision to have a space in Detroit.

“Around 2020 I started thinking about taking the Two18 concept to a pop up in the Eastern Market and starting there.”

But talks with Nike took that one step further.

I started some conversations with Nike about the concept and they already had a goal in place of expanding in the Detroit market, and asked me to consider opening a permanent store. When Nike asks, you don’t say no. So I got to work.

The store will offer luxe streetwear similar to Burn Rubber but with an elevated style. Think chinos and button downs. Coit says, “We’ll also carry joggers and hoody’s but in understated colors and exposing less logos. And, of course, sneakers.”

When asked what it means now to have a store in Detroit, Coit says “It means everything. When I travel anywhere in the world, we are the ‘guys from Detroit’ and it’s been a huge priority for me always to stand up for Detroit.” 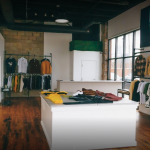 Regarding what the store and brand means to the city, Coit says, “my vision for the Two18 brand is to represent the city and put forth the city with class, quality, elegance and dignity.  Two18 is how I can now give back to the city I love.”

Coit’s intention is to put all of his energy and all of his best behind every effort and goal. Regarding the future of Two18, Coit says “the sky is the limit, but whatever that looks like, it will be authentic and organic and I will give the best of what I can give to it.”

In closing he tipped us off, saying that he’s working on BIG things to come for Detroit in the way of a collaboration with the Nike Jordan Brand that is “something the city has never seen or done before” – coming in August 2022. We at Detroit Is It will certainly be on the lookout for that!