Detroit Is THIS Podcast: Tonya Allen, Former CEO of the Skillman Foundation on Opportunity for Youth in Detroit

Welcome to a new episode of Detroit Is THIS, a podcast hosted by Ivana Kalafatic, founder of Detroitisit. The show follows thought leaders, community change agents, makers, innovators, and entrepreneurs as they share their personal and professional stories.

Through these conversations, we’ll explore opportunities and solutions for the new times we find ourselves in.

In Episode 6, Ivana talks to Tonya Allen, Former President and CEO of the Skillman Foundation on opportunities for youth, the inspiration behind the foundation, Allen’s background in Detroit, and how the foundation is helping the city. Prior to Tonya’s newest career pivot, Detroit’s favorite Foundation female CEO and Ivana discuss sponsorship, how to seek help through mentorship, and how the Skillman Foundation is teaching the ground rules of life when it comes to being ready for the future.

WHO IS TONYA ALLEN?

I’m a native Detroiter, I was born and raised in the city of Detroit and I think one of the things that’s most unique about me in comparison to other Detroiters is that I grew up all over the entire city. So I’m not an East-sider or West-sider. I’ve lived in what feels like almost every corner of the city, largely because my family moved around a lot because of economic instability. One of the things that’s really interesting about that is the common experience for many children in Detroit. So I know what it means and what it feels like to go from one school where I was doing wonderful, and then going to another school where I struggle, because there wasn’t consistency, or whether or not it was adults paying attention to you.

I felt like I had to pull my way up and out to find opportunities, so I’ve always just really felt like, that’s not the way that we should be supporting children, that really, we should be creating a positive environment. We often talk about, this notion of a pipeline – how do we get kids from birth, early childhood? How do we move them to K 12, and college and career. We do have a pipeline, but the problem is that there are lots of cracks in that pipeline and what I keep I think about my work is about figuring out how to insulate that pipeline. So that if there are cracks, that kids fall through that they get support, because I felt like I was lucky to make it through. A lot of people would say, you beat the odds and what I want to say is, I don’t want to help children beat the odds, I want to change the odds.

That’s the way I kind of come at my work and my interest in the foundation and then I would just say, because I’m a Detroiter, and I’ve never had a desire to live anywhere else, I have a love affair with the city, I have a love affair with the people who live here, and the resiliency of the people of the city of Detroit, the style, you know, we got a little bit of swagger, and I like that. I like Detroit is a place that is historic, but it also is a place that you can change and I think as a young person growing up in a city, where I was always navigating new places, new schools, that actually had places where I was navigating change, I’m really comfortable in that space and so I try to be my authentic self and go to places where I think there are real opportunities for change and where I can be useful, not just for myself but in helping to execute change for other people.

IN WHAT WAYS HAVE YOU BENEFITED FROM LONG TERM MENTORSHIP RELATIONSHIPS?

I’ve always looked to people who I believe have done really amazing things in their life in their careers, and who’ve been open to share it with while not to mimic their lives. I think a lot of times we look at mentors, and we say, oh, they did this, so I want to do exactly what they did when in reality, I think we have to look for people who have an ability to navigate the environment you want to, and then you talk to them.

They don’t have to necessarily be in your field and I think that there are lots of different people who can serve in a mentor role for you. There are sometimes short term experiences, sometimes there are long term experiences, but being clear about what you want to get out of that relationship and being clear with the person that you’re asking that from whether or not they’re willing to give it has always, I think, been crucial to me in terms of having good mentors and good mentorship experiences.

HOW IS THE SKILLMAN FOUNDATION TEACHING THE GROUND RULES IN LIFE?

I think one of the things I believe is, I think, between the ages of kind of like 14 and 24, are probably the most influential in our lives, it doesn’t mean that you can’t be influenced before or after. So what you do during that time is pretty critical and the problem is that when you’re 14 years old, you are not a good decision-maker. Most of us, right, or even sometimes when you’re 19, or when you’re 23. I know I’ve made some terrible decisions during those time periods. What we’re trying to do at the schema foundation is to make sure that we put as many caring adults around children during those timeframes that will help them figure out a path that is unique and right for that young person. So one of the things that I’ve always felt like is that education is an important lever that everybody has. A lot of times, you’ll hear people say, well, maybe somebody doesn’t want to go to college, or somebody does want to, they want to go into work. I never want to begrudge anybody that choice but I never wanted to grudge that choice because they’re not ready or capable and I think that’s the systemic problem that we have in our society is that we want to give that decision or choice to people without actually giving them the opportunity. So at the Foundation, we really think about this as we want every young person to be prepared, they should be graduating high school in a way that they are equipped to make any choice, I want to go to college, or I don’t want to go to college, I want to go to work, I don’t want to go, I want to build a career, I don’t want to build a career, but I’m making that choice based on my interest, not because of my readiness or lack of capacity.

We’re trying to make that systemic change that everybody has an opportunity. We call it the opportunity agenda and we think that that’s really about college and work readiness, ae also know it’s about that educational system being set up so that it really support students for where they’re at and what they need and then lastly, how do we use community resources to support young people. We saw that after school and youth development programming, is one of the ways that young people come in contact with adults have experiences where they actually get to lead or to understand their own power and agency. So what we’re trying to do is create those opportunities that equip young people so that they can make to your point before how do you make these right decisions and understanding that sometimes if you don’t make the right decision, that’s okay, you do have another opportunity. It’s called The next day.

WHAT IS A CHALLENGE THAT YOU SEE FOR THE FUTURE OF DETROIT YOUTH?

If we don’t solve educational challenges that we’re going to lose out on really maximizing the talent that’s in our city. I often call our young people, the city’s successors. So if we really believe in this city, if we really believe that the city’s recovery is sustainable and that it’s going to be inclusive, then we have to make sure that the generation that will inherit the city actually are equipped to do so and I believe inherently, they are.

Now what we need to do is make sure that the systems support them. So I think education is a part of it. I also think I’m creating conditions where young people are safe, not just you know, safety is not just the absence of harm if it’s the presence of wellbeing. We don’t talk about that, like how do we create environments where young people feel emotionally, and physically and socially safe. I think that when we talk about doing work in neighborhoods is an important part of it and it’s also a part of their own development, helping them deal with a lot of the dramatic experiences that they have by living in neighborhoods where it is finely written, it lacks beauty, to traditional beauty because of blight and etc. but also helping them to recognize and understand that, even though they live in those neighborhoods, where it feels like there’s so much deprivation, that they’re also lots of assets. There are community helpers in those neighborhoods, parents, families that show up every single day, and do heroic work that we don’t ever acknowledge in our city, and that these young people do heroic work, just by showing up and making sure that their voices are heard that they’re doing all the right things.

We have to make sure that they’re doing all of the right things and make sure the system is uplifting them and not preventing them from actually coming into their full humankind of potential. I think that’s what I would say the big challenge is that we have to make sure that the system’s aligned with human potential, and they really support them. That shows up in our educational system, but it shows up in all kinds of other systems that we have. We see it especially as we talk about racism that’s structurally exists in our society so those are the kinds of things I think we have to wrestle with if we really want to create this sustainable change.

Tune in now and subscribe to Detroit Is THIS where you normally would listen to all your podcasts to learn more about Detroit’s thought leaders, innovators, and entrepreneurs!

Follow us and discover more of our podcasts on: 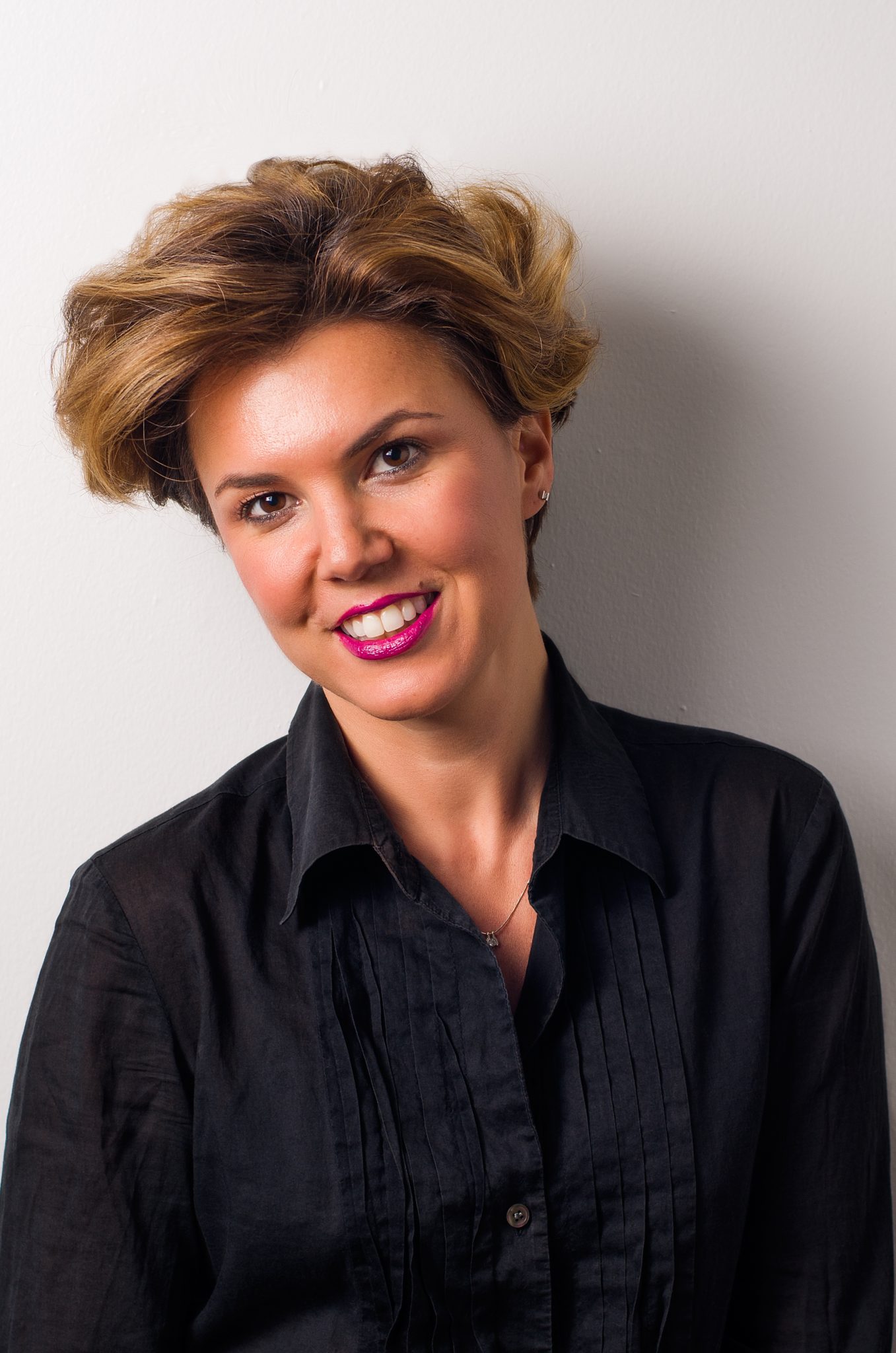