The Show Must Go On! Even If It’s In A Concrete Parking Garage 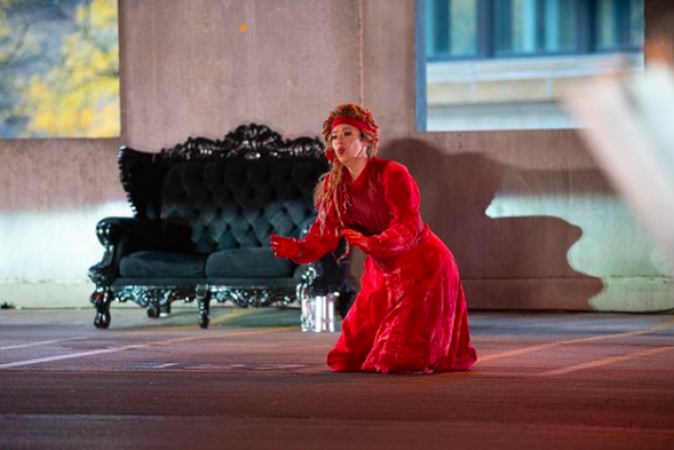 In the new age of creative thinking, it’s no question that 2020 has challenged all of us to think outside the box. The simple joys of everyday life have simply been reimagined as we have embarked through the journey we call 2020. But did you ever think you would enjoy watching an opera show from a parking garage? No? Us either. And yet, it is 2020. 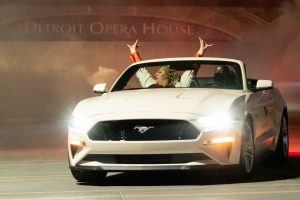 As businesses have been restructuring business models, musicians have been offering live concerts via zoom and restaurants are offering outdoor dining in igloos, Michigan Opera Theatre also stepped up its game to adapt to the year 2020 and took opera to a whole new level with the show Twilight: Gods. This one-of-a-kind musical experience took place inside the Detroit Opera House Parking Center! The show, part live performance, part immersive installation, required audiences to remain in their cars to experience scenes from the final opera of Wagner’s Ring Cycle on various levels of the parking structure. Talk about a unique experience.

How did this idea come to life? When searching for new answers on how to live up to the expectation of “the show must go on” the Michigan Opera Theatre contacted Sharon, who is well known for showcasing his work in unique ways and places. From city streets to train stations, Sharon is recognized as one to think outside the box when it comes to performances. Michigan Opera Theatre knew he was exactly what they were looking for and what the city of Detroit needed.

Twilight: Gods was then conceived and directed by Yuval Sharon, marking his first production as Michigan Opera Theaters Artistic Director. The work of making this experience come to life was behind the hard work of Detroiters with the dream to bring a new, innovative era to the world of opera and the Michigan Opera Theatre. The show, originally titled “Götterdämmerung” showcased small fleets of eight cars that drove up the ramps of the Detroit Opera House garage, allowing passengers to witness scenes on six levels; repeating twelve times throughout the day. 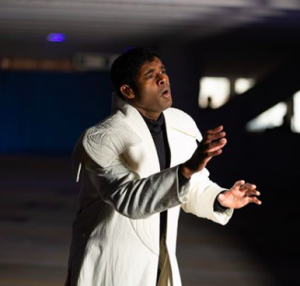 The show lasted over an hour with audio enabled to flow through a designated FM station, giving the audience a live experience that we have all been desperately missing, especially after months of live-streamed performances. Although the original show was nearly six hours, Detroit-born poet, Marsha Music, summarized the plot, creating a unique experience for Detroiters to endure.

The recipe of the pandemic-safe reformulation of Götterdämmerung, Sharon’s way of integrating timely topics, Detroiter Marsha Music’s work to summarize the plot, and the integration of diverse, talented performers, was a recipe for success.

After wrapping its last show on October 21, Michigan Opera Theatre shared gratitude for the overwhelmingly positive response from audiences, both old and new, thanking everyone for support, encouragement, and the willingness to adapt to the unique venture.