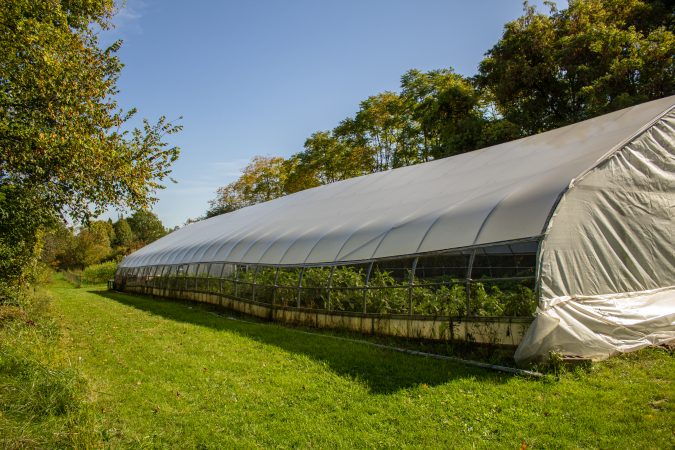 Urban farming has long been a part of Detroit’s culture. But from farmer’s markets to community gardens, urban growing is struggling to grow with Detroit’s new business mindset.

From its infancy, the urban farming movement started for a multitude of reasons. Maybe it was Detroit’s Mayor Pingree’s Victory Potato Gardens fighting starvation during the late 1800s. Or maybe it was the start of the city-subsidized ‘Farm-a-Lot’ Program under Mayor Coleman Young, which was intended to place pockets of vacant land into agricultural use. At the time residents could call City Hall to request a parcel. That program is now defunct.

She connected with Paul Weertz, a Detroit science teacher known for hailing from the, now shuttered, Catharine Ferguson Academy, a school he helped set up for expectant teens. Weertz was able to successfully set a 90% graduation rate in the heyday of the school.

The program they jointly created would eventually lead to teaching a generation of young people how to grow their own food. And that discovery towards community gardens attracted many to the empty fields of Detroit, people were now bent on making urban farming work.

THE ROLE OF NONPROFITS IN A FOR-PROFIT-MARKET

Lifelong Detroiters and for-profit farms are pointing a finger at the population changes happening in Detroit. They feel the non-profit farms are the reason for the shifting value of produce.

The Michigan Urban Farming Initiative (MUFI) is a non-profit organization with the goal to educate on agriculture and sustainability. As altruistic as that sounds, other farm owners have shared the only message shared from MUFI’s model is that produce is free. The model is subsidized through a base of volunteer workers and corporate partnerships.

But the larger issue may be the role nonprofits have in Detroit’s economy. Researcher Jeremy Levine has looked at the role nonprofits play specific to their communities. He’s found that the reach they have can that precedent over that of elected community officials. Often times they assert their role above the community’s interests.

In 2017, MUFI was accused of asserting their role throughout the neighborhood where it operates. And while they’ve now changed their business model to one of selling produce, customers have grown accustomed to expecting rock-bottom prices that most often cannot sustain the future success of an urban farm.

High water bills, a new marketplace mindset, a need to educate City government, and general lack of appreciation towards urban farming already makes the model difficult to succeed in a city like Detroit. Yet, even with that complex network of barriers to entry, driving profit to urban farms is the only rationale way urban farming can be a viable spoke in the food network wheel.

THE HIGH COST OF THE BUSINESS OF URBAN FARMING

Some of the largest for-profit farms in Detroit are now trying to shake off the community-organizing and non-profit spirit. They’ve brought in business-minded goals and set to work to begin organizing as any small business would.

One of those for-profit groups is Fisheye Farms in Detroit’s West Village neighborhood. They purchased a small plot of land from the empty lots that were a product of Detroit’s days of blight. The farm is season-less and grows herbs and vegetables both outside or under heated tents. 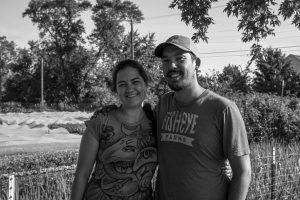 “We started the farm because we didn’t want to be reliant on grants,” said Andrew Chae, founder of Fisheye Farms. “So, we’ve joked before that we’re like the capitalist urban farmers. But it’s more about just creating that model. Because we believe that no one should want to do it unless it’s profitable.” Fisheye Farms now sells primarily to upscale restaurants.

Andrew Chae, along with his fiancé Amy Eckert, explained their more sustainable model for agriculture. It involves breaking the supply chain into its most basic components, encouraging microeconomies and new ways of re-imagining what a city could be. One with urban farms.

Two of largest expenses to starting a small-scale urban farm, the cost of land and water, make the barrier to entry nearly impossible for most.

The cost of buying land has become rife with controversy. After John Hantz was able to buy plots in the city for growing a tree farm, some of which he recently sold to FCA for a $2.5 billion automobile manufacturing investment they are building on Mack Avenue. Others have wondered how they too could get land.

So, without having millions of dollars to work with, “It’s a rocky road to obtaining a lot,” said Malik Yakini of D-Town Farm. “Unless it’s owned next to a house, there still doesn’t seem to be a clear path forward.” 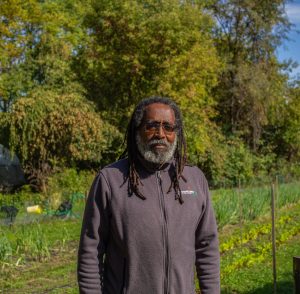 D-Town Farm grows on city-owned land. They produce most of their crops in Rouge Park on the west side of Woodward Avenue. Under Yakini’s direction, the farm has worked towards specifically establishing food security in African American communities around Detroit.

A very real challenge Detroit faces is that it is considered a high “water cost-burdened” population. In 2018, this translates to most people’s water bill being a higher part of their expenses than other cities in the U.S. According to Yakini, the high bills come from an aging sewage system.

This is problematic for urban farms that use large quantities of water for their crops.

The City has agreed to step in and support making the switch to a water billing system that is irrigation-only for community gardens and urban farms. However, this will likely not take effect until 2021.

MUFI is a disruptor in urban agriculture in Detroit. Their model of selling produce as a pay-as-you-can model of grocery shopping has found support, but also wide criticism in members of the urban farming community.

“They kind of set the precedent that if you’re a farm in the city, all that food is already free,” said Amy Eckert of Fisheye Farms. 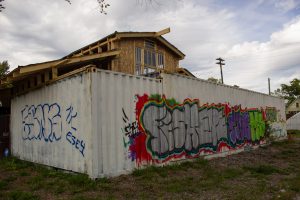 Getting surplus produce to the needy is easy. Food pantries and homeless shelters throughout the city depend on these donations in order to provide quality food for the most vulnerable people.

According to Noah Link who, until recently was with the Food Field urban farm, the issue is getting people to understand the value of food. “Because food is so cheap for most people, and an undervalued asset, it doesn’t help that MUFI will grow a lot of produce and then give it away,” Link said. “Even if they’re well-intentioned, there’s always a balance to try and recognize the value of food and sustain the growers and organizations that are growing in it.”

Although MUFI has a rocky relationship with some, its work does have strong impact on the community. This points to a larger facet of how Detroiters will also need to rethink the relationship they have with the entities that serve them.