Not Getting Your Mail? The USPS Struggles Amid Lead Up To the 2020 Election

With Deliberate Sabotage Coming From the Office of the President and an Ongoing Pandemic, the United States Postal Service Needs Support Now More Than Ever 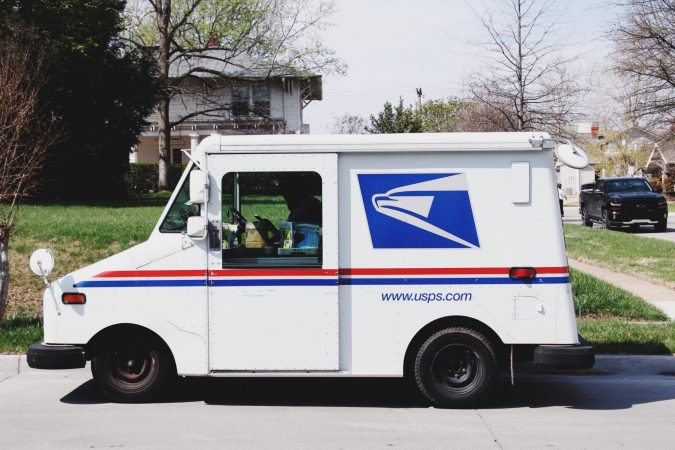 On Thursday, August 13, President Donald Trump admitted to deliberately undermining the United States Postal Service [USPS] to ensure it’s harder for the service to deliver mail-in ballots. In the weeks leading up to the Presidents comments, residents of the region reported disruptions to mail service, as well as the disappearance of drop off boxes that would be used for mail-in ballots.

For postal service workers in Detroit, the ever-present fears of privatization have been exacerbated ever since businessman Louis DeJoy was appointed by the Board of Governors of the United States Postal Service to serve as the 75th United States Postmaster General. Amid an already troublesome situation given the current pandemic, DeJoy and President Trump’s recent actions have not made the job of mail carriers any easier.

“Post Office employees have for years been hearing about possible privatization; however, it’s never been brought forward the way it is today where it looked like we’re on the brink of it happening,” shares Keith Combs, the president of the Detroit District Area Local branch of the American Postal Workers Union [APWU].

“From the perspective of a union, it will not be a good thing to consider and will most likely eliminate the union being present,” he adds while further discussing fears of potential privatization. “Also, the Post Office currently hits 150 million addresses daily. It’s already been said, if they were to be privatized, they would come nowhere close to hitting that amount of addresses on a daily basis.”

Combs believes the president and Postmaster General’s moves to be deliberate in an attempt to sabotage the Post Office, as the measures coming from DeJoy’s office are measures never before seen by a veteran postal worker life himself. The deliberate attempts at sabotage also become accurate given the vastly different policies brought forward by DeJoy compared to Postmaster Generals of the past.

When asked if he agrees with the idea that President Trump is deliberately sabotaging the USPS, Combs stated, “I would say so if you have my opinion, it looks like that is what is happening. The recently retired Postmaster General Megan Brennan didn’t bring any of these cost-cutting measures into effect. However, the new Postmaster General Louis DeJoy hasn’t been in this position for more than 60 days and has already implemented all kinds of issues that are causing slow down’s, dismantling of machines, mail being left behind, packages being undelivered. This is something that the Post Office is not normally used to doing.”

On the subject of disappearing mail pick-up boxes, Combs says that neither he nor the union has been given any official reason for the removals, but the removals have come from Postal Service employees. Whether the product of a privatization push or the efforts of the president to create chaos in the leadup to the election, the fact is clear, the Trump Administration wants a very different mail delivery service.

In light of the situation, besides buying stamps and other products from USPS, the best way one can support USPS, according to Combs, is by reaching out to members of Congress directly.

“One of the things that the public can do is make sure they reach out to their representatives in Congress and the Senate and urge them to do everything they can to have the Postal Service provided with the $25 billion that has been requested. That is the main thing right now that I think will alleviate a lot of the problems we’ve seen,” shared Combs. “Also, Congress, from what I understand, is going to be meeting by the end of the week or next week in order to have some investigations with the new Postmaster General. I think that’s a concern as well, and we either need to have Mr. DeJoy removed or halted on all unnecessary procedures he’s currently doing.”

At the time of publishing, congressional hearings have started and Postmaster General DeJoy has agreed to halt the current changes being implemented to the Postal Service until November 3. However, it’s still unclear the extent of damage done to the service.

In the meantime, be sure to purchase some stamps and support your local mail carrier in any way you can.