Black Money and What it Represents to Waterways 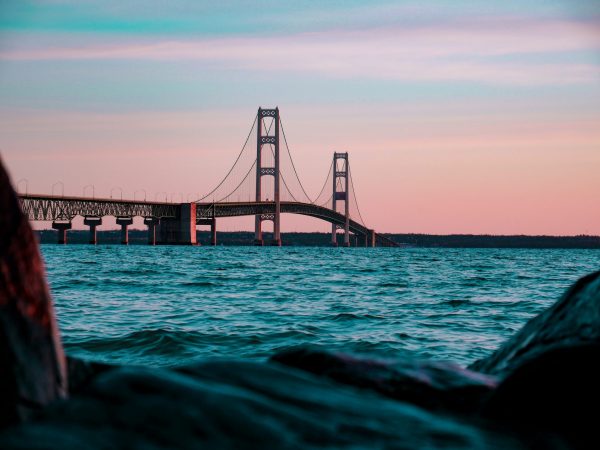 Eleven years ago the Kalamazoo River ran black. Animals emerged from the water slick, iridescent, and suffering. An overwhelming stench of chemicals suffocated the air. Some nearby residents were asked to evacuate their homes and others were told to only use bottled water. Black money is present in the waterways.

The control room for Enbridge, the company that owns and operates Pipeline 6B, noticed a drop in the system’s pressure right away. But they misdiagnosed the issue and allowed the ruptured pipeline to bleed for another 17 hours during which time an estimated 843,444 gallons of oil were spilled. It was a mess.

When oil is released into a waterway, it typically stays on the surface. However, in this case, the thick tar sand sank to the bottom, making the spill much more harmful. Witnesses described what they saw as a nightmare and their judgment is hardly an exaggeration. The oil spill in Marshall, Michigan was one of the worst in U.S. history. It left the environment mangled for years.

Today Enbridge continues to operate pipelines across the U.S. and if you live in Michigan, you’ve 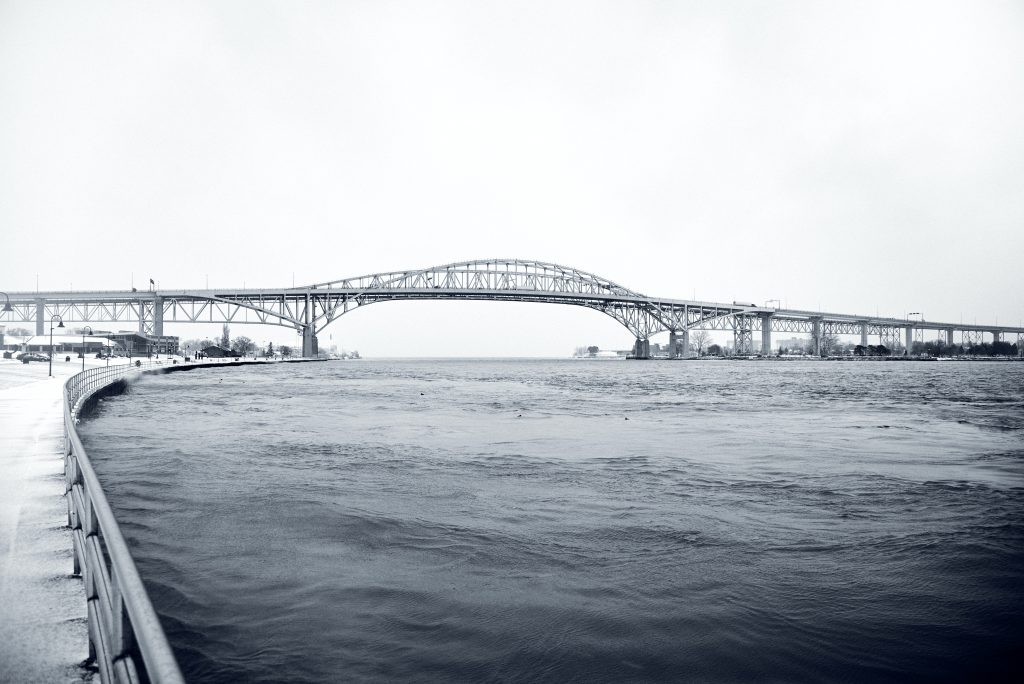 probably heard of Line 5. It runs underneath the Straights of Mackinaw, across the lower peninsula and the St. Clair river to refineries in Canada.

The pipeline is the center of one of today’s largest controversies regarding fossil fuel use. Growing public concern for the risk it brings to the largest freshwater source in the world meets the hunger of an enormous international industry in a battle that’s manifested in several different arenas, from legislative hearings to the Governor’s Office and now the courtroom.

It’s undeniable that a spill in the straights of Mackinaw would be devastating. Projections estimate that currents would quickly spread the oil across the Great Lakes and wreak havoc on the environment, economy, and livelihood of millions. But Enbridge argues that there is very little risk of this as updates to their system have addressed all of the potential means by which Line 5 could leak.

In a public statement, the company said the “dual pipelines in the Straits are safe, fit for service and in full compliance with the federal safety standards that govern them.” That is where the heart of the debate lies. What exactly are the risks and does the logistical benefit of the pipeline outweigh them?

Sean McBrearty is the Campaign Coordinator for Oil and Water Don’t Mix, a coalition of different organizations that has helped lead the effort to shut down Line 5. McBrearty says that allowing the continued operation of the pipeline is dangerous and that “first and foremost this is an issue about water and protecting the Great Lakes.”

McBrearty says we can observe risk through the examination of close calls and instances of negligence from recent years. Both Enbridge and the State of Michigan have demonstrated an inability to recognize leaks. According to inspection records collected by the National Wildlife Federation, Line 5 has already spilled at least 33 times in the last 50 years, dumping a cumulative 1.3 million gallons of oil.

In 2018 a ship unknowingly dropped its anchor and dragged it over the pipeline. No oil spilled, however, the shell was dented and gouged bringing the failure of the pipeline detection systems to light. At the time, Enbridge had three means by which they detected damage to the pipes. One works by surveying audio in proximity to the pipe and another detects dents and malformations. Neither were triggered by the anchor strike.

The third method was a remotely operated vehicle which dives down to look at the exterior of the pipe. However, McBrearty says that it took two weeks to deploy the ROV as it was being stored in Florida and had to be transported back to Michigan. “They operated Line 5 for two weeks after it had been gouged by a big ship anchor, and didn’t know and couldn’t determine the safety of the pipeline. Their mechanisms for detecting that failed.”

Enbridge says that it has taken new measures to limit the risk of future anchor strikes however McBrearty argues that claim is shallow as it doesn’t consider emergency situations that may call for an anchor’s deployment in the straights. Anchor strikes are not the only threat to Line 5’s integrity.

Michigan’s water monitoring detection systems are also a concern. In 2006, a system was installed in the St. Clair River to detect oil spills and other contaminants that might affect the drinking water for Detroiters and other residents of southeast Michigan. But poor funding structures allowed the system to deteriorate and lose its efficacy. Ed McArdle, Conservation Chair for the South East Michigan Sierra Club, campaigned in 2017 for a house resolution to reinstate funding. The resolution failed.

McArdle says he thought it was a no brainer,

The shared opinion of McArdle and McBrearty is hardly the minority. According to a recent survey by the League of Conservation Voters, 68% of Michigan residents know about Line 5 and 62% of them believe it poses a threat. Additionally, all 12 Native American Tribes in Michigan have taken a position against Enbridge.

But even with such support, the pipeline still flows today. Which begs the question, if not public opinion, what is effectively influencing the decision? McArdle says money is a big factor. The NWF estimates that Line 5 generates $1.5 million for Enbridge every day, giving them every reason to pursue this fight to the end. Lately, that fight has taken a new form.

Under Governor Snyder, Enbridge enjoyed some leniency. He even signed a deal to build a tunnel around the pipeline so it may continue to flow with an additional security measure.

But the current administration does not afford the same privilege. Line 5’s legal permission to operate is based on an agreement between Michigan and Enbridge from 1953 which as of November 2020 has been revoked.

Whitmer demanded the pipeline be decommissioned saying that Enbridge has repeatedly violated the terms of the easement from the beginning, and under the Public Trust Doctrine, it never should have been established in the first place. Enbridge argues that Whitmer doesn’t have the authority to make such decisions, that this is a federal issue.

McBrearty summarizes the current situation saying “Enbridge is arguing that the state had every right to enter into an easement agreement with Enbridge but no right to revoke the easement after Enbridge didn’t comply with it. So right now they are operating illegally by running line 5 without a valid easement while this goes through court.” Now we’re waiting to see which court will hear the issue.

Enbridge’s legal argument is elaborated by a political one which McBrearty refers to as a propaganda campaign. Enbridge and the lawmakers who support it often speak of Line 5’s dangers as the lesser evil. They say that the economy will suffer, gas prices will increase drastically, people will lose jobs and the Upper Peninsula will be cut off from its supply of propane. Enbridge has spent a considerable amount, $400,000 per month according to McBrearty, on its media campaign to promote the concept that it is necessary.

There is a “lot of gaslighting by Enbridge, their allies, and legislature,” says McArdle. A study by London Economics International suggested that although Line 5 provides 65% of propane to the U.P., there would be little chance of a disruption in its supply if the Pipeline were to stop. The study also suggested that the price increase on gasoline would be a fraction of a cent.

There are other instances by which we can examine the fossil fuel industry’s pursuit to change the narrative in their favor. Earlier this year, the Michigan Senate hosted hearings on Line 5. One speaker, Chris Ventura, spoke on the pipeline for Consumer Energy Alliance, a company that claims to be a voice for families, farmers, and small business owners yet receives almost all of its funding from major U.S. corporations in the fossil fuel industry.

Enbridge is still pushing to build their tunnel which is as prohibitively expensive as it is time consuming. It is estimated that the tunnel could take over 10 years to finish as leading climate scientists urge us to act now to face climate change. McBrearty says Line 5 currently causes 87 million metric tonnes of carbon pollution every year and the tunnel would add an additional 27 million tonnes.

This is a conversation about the dangers of specific energy infrastructure and the risks we chose to take as a society to sustain our way of life, but in a greater sense, it’s also about how we as residents trust those in control of that infrastructure who may be motivated by financial gains in a way that competes with public safety and well-being.

One may see a parallel between Line 5 and the appalling failure of the Midland Dam which destroyed an entire community as a result of years of neglect and deferred maintenance in the interest of profit.