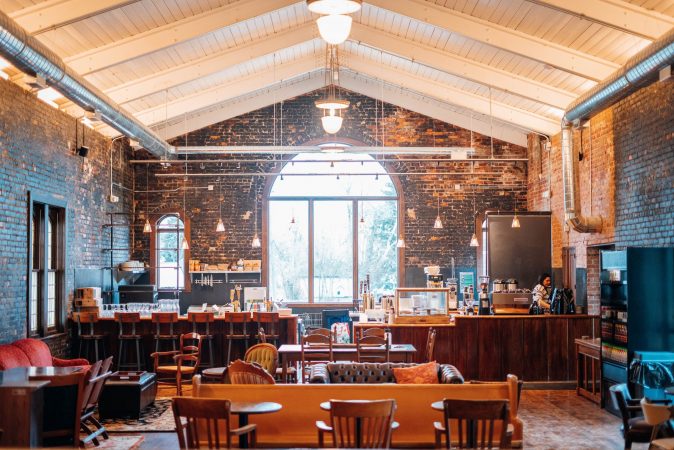 The Congregation may seem like a strange name for a coffee house, but once you step inside its doors you totally get it: the feeling of sanctuary.

Betsy Murdoch, Co-owner of the newest coffee spot, took the time to do a one-on-one tour with our Amy Nicole ahead of their grand opening next week.

After removing carpets and sluffing off drywall, most of the majesty of the space came back to life. Maple hardwood floors give a sense of history with every step taken in the space. Some of the furniture left behind was put into circulation around the room for guests to relax and read, get work done, or enjoy a cocktail (yes, they have a liquor license).

The organ remains in the back, pipes exposed to create the desired reminder that this was once a church. That fact is not lost on Murdoch, who says she’s had multiple people stop in from the neighborhood who either attended the church or were curious as to what was going into the space.

Murdoch said that the desire for The Congregation is much like a former Church’s desire, to bring people together.

“Our whole focus is really the business aspects of coffee and bar, but we also want it to be a gathering space for everybody to come and hang out, be with their neighbors, and connect with people who maybe wouldn’t naturally connect. There’s just so much crazy talent in this city that’s cool to be able to have the space to cultivate and grow in.”

The bar is made out of the repurposed pews, and the windows are the same stained glass that was used within the church, with more on the way for the entry of The Congregation located on the side, via deck or ADA wheelchair ramp. Accessibility is key for the location and the deck became a staple and will make for enjoyable summer night outdoor chilling.

As for the acoustics -they sound amazing. Murdoch already had a band play inside the space to get a feel for the sound, and she’s excited to not only have this great space for people to congregate (heh, get it?) but also to for local musicians and artists. Some of the exposed brick has been reserved for local artists to present rotating showcases, and the stage area is just a table space away from becoming someone’s first local performance, an open mic night, and more. Murdoch says that they are not biased to any type of music in particular and look to have everyone from someone playing an acoustic on stage to DJ’s, to a jazz group. Seems like, in a space like this, the opportunities are endless.

They will be serving Great Lakes Coffee Co. beans, as well as baked goods from local shops and currently have five sandwiches for their planned menu. Once they are open and get a feel for what the community likes, they plan on expanding the menu to more treats.

The space is kid-friendly, with a play space and across the field outside of the church is a park with a jungle gym, perfect for parents who want to see their kids enjoying themselves!

Murdoch shared the tour to the lower level, showing off what could evolve within the next year. The downstairs where children’s programming used to take place when the church was active, is awaiting its reinvigoration. It could be a banquet space. It could be space for wellness (Yoga anyone?). The possibilities are endless, but one thing’s for sure, they are going to keep as much heritage going as possible, which means they will probably keep the shuffleboard game that’s part of the flooring. Who wants to start a curling team?

When walking back up the stairs, Murdoch stops to show the original blueprints of the church. A space shows they had intended to build an auditorium at one point, here she shares what used to happen with Detroit-based dreams are a grand idea, but may have not been fully executed. From what we can tell, Murdoch and her co-founder Amy Peterson (Yes, from everyone’s favorite jewelry brand Rebel Nell), are looking to break that cycle. The best part about their path, however, is that they are not looking to re-write history here. They’re looking to continue it from where it left off. 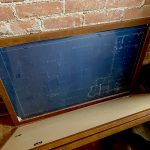 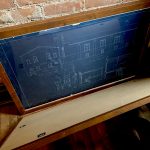 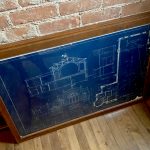 “So I’ve had a number of people stopping here because they used to go to church here. And they see us on the news or read like an article or something. And so earlier today, I had a woman [stop by], she lives in Detroit, but not in this area anymore. And she used to go to church here. And so she walked in and she’s just like, on the verge of tears. She was super excited to see that even though it’s not a church anymore, we’ve kept so much of the original beauty of it and repurpose when we could. And we’re bringing the space back for a new life, a new reason to be here.” 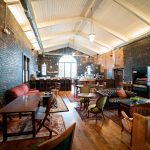 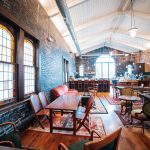 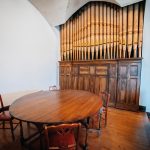 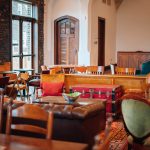 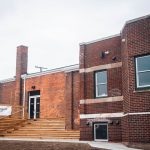 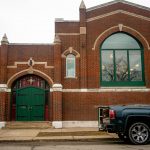 The Congregation’s Grand Opening is March 5, where the largest window design, the pinnacle of the former Church’s space, will be revealed to the public. Hours are 7 a.m. to 9 p.m. Monday – Thursday, 7 a.m. to 10 p.m. Friday and Saturday, and 9 a.m. to 6 p.m. Sunday. Plenty of street parking is available.