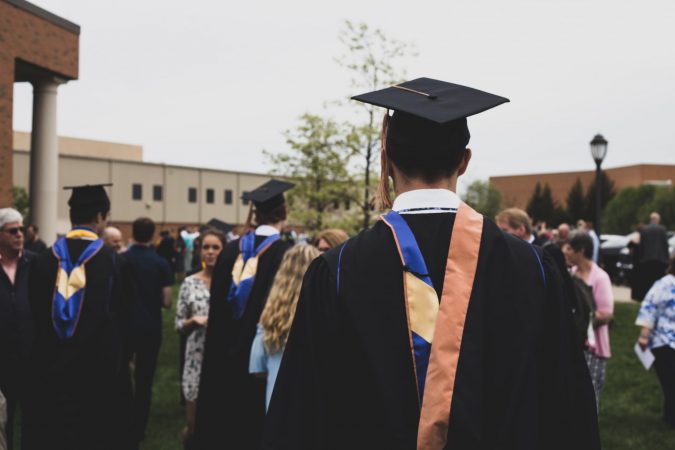 The conversation around America’s Black history seems to grow by the day. The recent Black History Month, 2020’s Black Lives Matter protests, and the momentum perpetuated by social media behind Black authors, entrepreneurs, business owners, and artists seemed to put a spotlight on a topic newly on center stage. But the conversation must continue.

The Associate Professor of African American Studies at Wayne State, David Goldberg, comments on the importance of integrated Black history in our present-day world, “Black history is an integral part of American history,” he says, “you can’t explain American history without dealing with Black history.” To Goldberg and many other educators countrywide, it is vitally important to not whitewash history and to pay homage to those who helped make this country what it is today.

But for Detroit, a city with an almost 80% Black population rate, this is easier said than done. Issues like declining education in the city due to overarching changes in our every-day world create Black Diamond level slopes for educators to navigate in order to provide Detroit students with equal, equitable, immersive, and lasting educations.

Goldberg discusses the three main changes he has seen during his 14 years of teaching at Wayne State. The first change, he says, comes with the territory of technology. “People are kind of having their brains trained to have very short attention spans, to get immediate answers, and to not necessarily be that critical of what that is they find.” He sees this as students are less likely to read books, but more likely to read articles, blogs, or watch videos about information.

He continues, describing how he sees shortened attention spans and the reduced length of content affect his students, “The analysis of source material is not always the greatest… they are used to having everything at their fingertips.” Goldberg acknowledges that in some ways this simpler and quicker access to information can make it easier for students with different learning styles, but even then he continues to see a consistent inability in students to dive deep on specific topics for long periods of time.

The second change he notes is students’ ingrained short-term memories due to heavy dependency on test-taking. This he attributes to the signing and implementation of the No Child Left Behind Act, which enforced the accountability of schools through test-based education. “They [students] are being taught in many ways that… compounds the problem of the access to technology in the sense that they just look up the answer for their test,” he says, “and there’s no processing of the information. Why would you process it if you know you can always look it up again?”

The third, and possibly the most impactful of changes Goldberg describes, has to do with unpreparedness in students. “We get a lot of people that are just not prepared,” he says.

Continuing, he comments on an inherent flaw he sees in our country. Due to neoliberalism and the market economy which grants schools funding per student, schools are now pitted against each other. The school with the most students has the highest funding. “Schools have been defunded, universities have been defunded, people are constantly asked to do more with less,” Goldberg says. “What this leads to is kind of like this fast-food education where they’re… just trying to get people in the door, prep them with tests, et cetera.”

In Detroit, these changes are exacerbated at a greater level due to underfunding and the removal of neighborhood schools throughout the city. Helen Moore, an education activist in Detroit, has spent over 50 years advocating for Detroit’s students, most of which are students of color. Moore believes Detroit students deserve good and equitable education. “If you educate all our children,” she says, “that means liberation for everybody, as far as I’m concerned.”

Moore continues, If our children were treated the way they should be treated, given the kind of education they deserve, then you have a system, a city that will not only rise to the place where it should be, you’ll have equality in our city, you will have less poverty, you will have people working together to make sure that they leave no one behind.

Students graduating from underfunded school systems like in Detroit are rarely able to leave their struggles from grade and high school behind them. Goldberg speaks to how he sees this in his own classroom, “One of the impacts that I see about this that is really tragic is that you get students that come from underfunded and poorly… administered school districts and they come to college.”

He pauses, discussing how the stakes for students to attend college are much higher now, due to higher expenses because of decreased funding from the state. “So you’re coming in and you’re not as prepared as somebody else because of where you went to school, and then you… have to catch up very quickly. And yet, the school doesn’t really provide as many services needed for you to do so, so you’re on the hook for it all,” says Goldberg.

There are truth and unspeakable importance in learning and incorporating America’s Black history into every schools’ curriculum around the country, Black History Month or not. But, for students stuck in a severely underfunded system, a spotlight needs to be put on the integration of education itself.

Celebratory focuses on Black history, such as Black History Month, are indeed important to pay homage to past generations, but the confrontation of present day inequities cannot be lost in the fray. Detroit schools’ funding needs to be addressed on a federal level, schools themselves need to find a way to reintegrate themselves back into communities, and education needs to be able to bridge the gap between the past and the changes such as the ones Goldberg highlighted.

Adding more wood to the fire before the flames take won’t make you any warmer, so let’s get those flames going.