White Castle and the Impossible Burger is Better for the Planet. We Think? 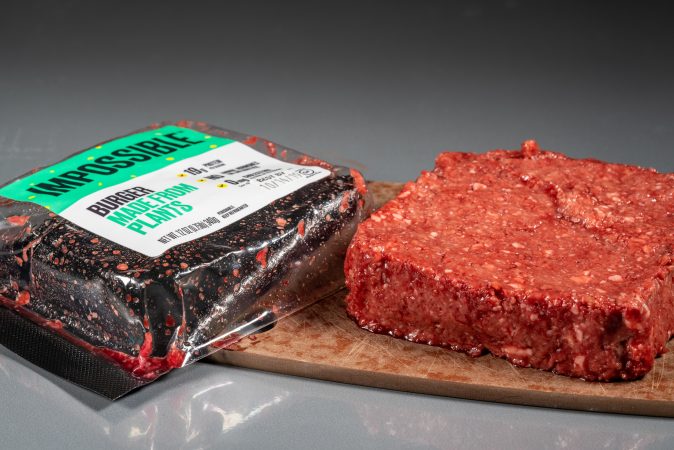 White Castle is introducing the Impossible Burger to its menu in a city by city, party in every city, affair.  In Detroit the people are celebrating with a cadre of DJs and “a special announcement by Wu-Tang Clan.” Whatever that means. Perhaps a signature slider? Snark aside. This is kind of a big, food for thought, deal.

Sure, they already have the black bean slider. But let’s be real: it’s black bean puree masquerading as meat patty.  A far cry from the meat-less Whopper of my youth or McDonald’s masses appeasing salad, the Impossible Burger is different. It’s the anti-meat competitor, and its entrance into the iconic food chain signifies a shift in character. Plant based integration, if you will.

Because, as Chef Brendon Edwards points out, the staid beauty of White Castle is its commitment to being White Castle: a white box that sells white boxes that contain a perfect food inside: the slider.

When Chef Brad Greenhill and I were first starting Takoi as a food truck behind Two James Distillery, we were hustling to build an audience. We did well with menu items like Khoa Soi and papaya salad, but shit went bonkers when we introduced brisket sliders to the menu. The secret? Brisket and White Castle buns.

I have no idea if Chef discovered this, but it works: go into any location and ask to buy a case of buns, and they will sell it to you. Well, they sold them to us. Towards the end of our run the workers were looking at us skeptically:

White Castle Employee: “What are these for?”

Because they have that shit on lockdown. With a flimsily lock. It’s a giant case, like three feet long, containing 250 or so buns that taste like Hawaiian rolls but less sweet. I’m not saying it was just the buns, but sliders became our most popular menu item—so in-demand that, when we opened the brick-and-mortar, Chef banned them from the menu. Because who wants to be the Chef slingin’ sliders?

Exactly. Someone has to do the dirty work. Love ‘em or hate ‘em White Castle’s commitment to consistency is admirable.

It is in this spirit that we asked our favorite chefs and food lovers to share their most memorable White Castle story and to-go order.

“White Castle sells itself for what it is to the American people, a craving. Something that started in 1921 (along with Radioshack) that inspired something essential to American cuisine that many Chefs hate to sanctify. American food culture started with ingenuity and necessity. Sandwiches, such as the hamburger, and expedient cooking are a significant part of our culture and an ode to our need to move. Though I will not allow myself to indulge often, I will, admittedly, say there is something White Castle has done, and done well, for so long: be true to itself.

It is simple and gluttonous.

You buy a “Crave Case” and hopefully share your indulgences with friends and smash the little sliders that reek of onions until you are sick of them. Or you eat a few drunkenly and (un)fortunately crave them again the next day. My favorite thing, though, is to make them more indulgent because they are fit for modification. My friends who own Motor City Wine turned me on to my favorite moments that make me feel as though I should be eating in secret—sequestered in a dark corner hiding from my own conscious. Or on a soap box telling the masses of the ‘hedonistic slider,’ prepared and modified by adding Raclette and pressing it on a sandwich press till cheese oozes out and caramelizes on the non-stick griddle. Though don’t stop there. One should buy Champagne, the real stuff, and eat and drink till you feel rich. This not only makes it special, but it happens to have made some of my favorite memories in a little wine bar in Detroit.” 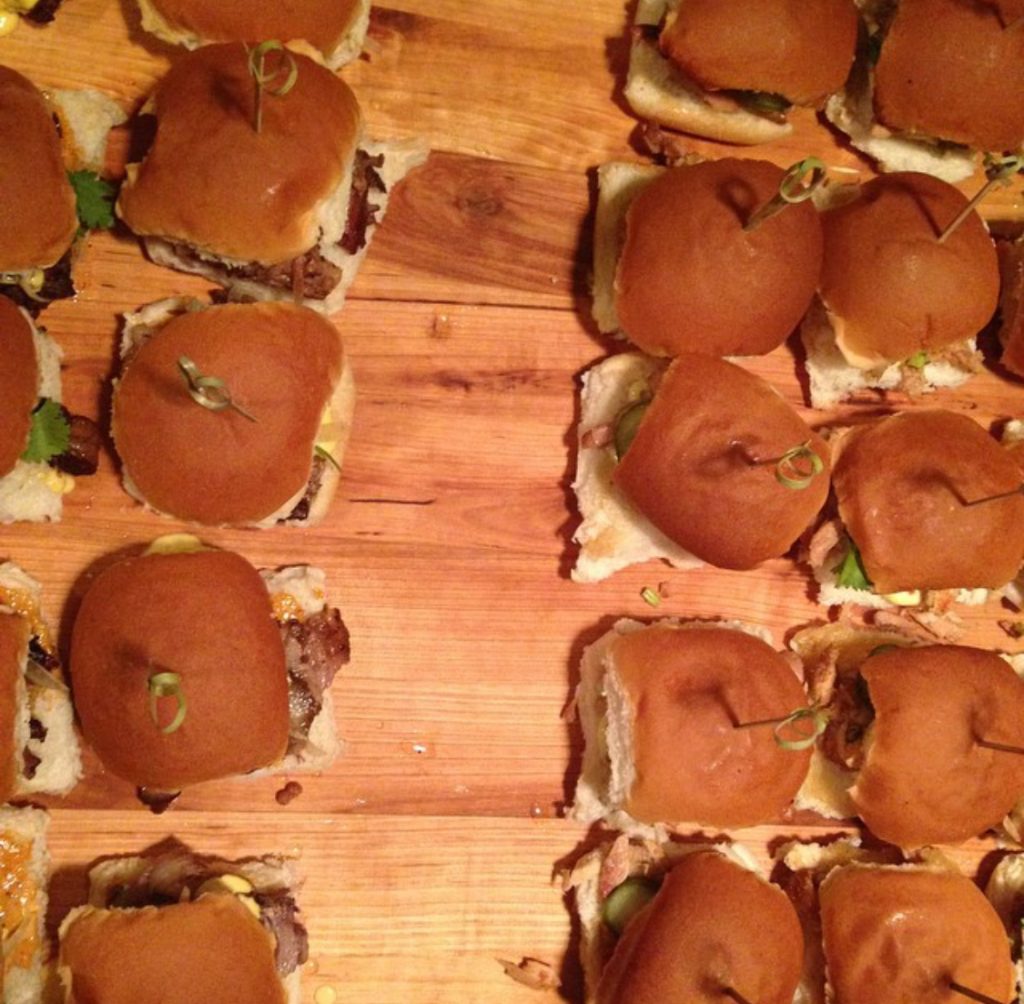 “I mean I think we need to mention that we used to buy White Castle buns for the truck sliders!”

“The last time I had White Castle was the ONLY time I had it. When I moved to Michigan in 2007, It was January 3rd when the movers delivered our furniture and clothing. After getting settled in, I pleaded with my ex-fiancé to have White Castle and he said no. I told him I needed a legitimate “Harold & Kumar” story to tell our Cali friends! He had White Castle the few times he flew to Michigan for work and said, ‘I’m saving you. Seriously.’  But being a good fiancé, he did as I asked and ordered a Castle Pack Sack as well as fries and a shake while I prepared a Netflix show and some drinks.

I ate two and said no more. It was the blandest boiled meat slider I ever had and I deserved the ‘I told you so,’ I received from the ex.

Fast forward to 2013. I was working as a nurse. A patient’s family member at Beaumont was so happy with the care I gave his mother that he went to White Castle across the street and bought 36 sliders, shakes and fries. It was generous act that I couldn’t refuse.

I left half the sliders in our Doctor’s lounge & half in the Nurses Lounge. The Doctors yelled at me for trying to poison them.”

“I grew up three blocks away from a White Castle in Lincoln Park. My friends and I used to go there after school all the time. Back then, burgers were really cheap. I think only 30¢. The best thing about White Castle in my neighborhood was that it stayed opened 24 hours. I remember when the Crave Case first came out and we ordered one at 2am and tried to finish the entire case! 30 burgers among 4 guys – yeah we totally conquered that.

This is making me want some right now.”

“I always ask for a lot of mayo packets and Ketchup packets. I mix the mayo and ketchup and dip everything in it. Burgers, fries, chicken rings!”

“It’s refreshing to see a plant-based option that doesn’t taste like cardboard, let alone one of the best plant-based burgers out there. Besides, I suppose my late night, intoxicated hitch-hike through the White Castle drive-thru on Michigan Ave. a few years back would’ve been survived with less guilt had the Impossible Burger already been on their menu.”

“I pretty much only mess with the jalapeño cheeseburger. And any thoughtful person should order a Crave Case and share with friends. Back in the day, it’d be the bar or maybe strip club with my fellow cooks and servers after work and then a 3am drive thru visit to White Castle. Seems to taste best in those situations. My max is five burgers. Any more and you’re messing with the following day.”

“My White Castle story isn’t great. I got really sick when I was 12 and haven’t had it since.”

“I remember the first time I ever went to White Castle my uncle convinced me the burgers were made out of whale meat. I ate them anyways and remember thinking ‘whale is delicious.’”