Why is there Minimal Music Education in Motown? An All Girls Academy Changes That

Detroit Public Schools Have Been Void of Music and the Arts for Years, Not Anymore 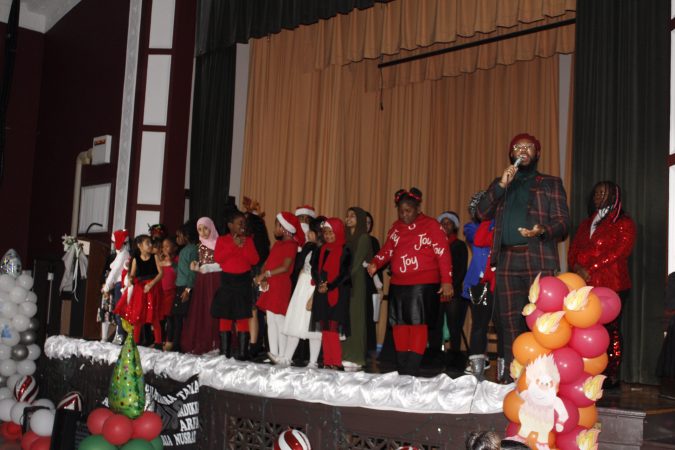 Eliminating exposure to music education in the birthplace of Motown – whose stars came through strong music programs at Cass Tech, Renaissance High School, and other institutions – seems incomprehensible. But it is so.

It’s no news that budget cuts and teacher cuts have left students void of music programs in Detroit Public Schools for years.

In 2017, numbers provided by the district showed that of 81 schools serving general education students, 55 had no art teachers, and 51 had no instrumental or vocal music teachers. Nearly half — 40 schools — offered neither music nor arts instruction.

These are critical elements of education.

“Music and the arts were the first things to go when the Detroit schools were taken over by the state,” said Sakina Bolden, principal at Detroit International Academy of Young Women.

This is a significant void. We can’t develop critical thinkers and develop the “whole child” with academia alone. Children need a space to create.

Detroit International Academy of Young Women is the only all-girls public school in Michigan. The facility educates a diverse group of 278 students speaking five languages in grades K – 12. Its motto is “SHE operates under the assumption that SHE cannot fail. When She rises, we all rise.”

“When I first became principal at DIA, I polled the students on what they wanted and the response was music and arts. So, it’s been a mission of mine.”

To that end – and following the school edict herself – Bolden was able to squeeze out funding to bring music back into the DIA last year, saying, “Superintendent, Dr. Nikolai Vitti’s commitment to bringing arts back into schools has helped us make this shift.”

After years of state control of Detroit Public Schools, in 2016 a legislative deal brought about changes, a new board was elected and Vitti was hired in 2017. He stepped in and immediately made big changes, bringing arts and music education back to schools and revamping a curriculum he said was “an injustice to the children of Detroit.”

In 2021, with funding for one prep teacher, Bolden started the search for the right music teacher for the DIA. And it was right under her nose.

Enter Jack Williams III. Native Detroiter, proud alumnus of the Detroit Public School System, and graduate of the University of Michigan School of Music Theatre and Dance, Williams happened to be roommates with and a fraternity brother of Bolden’s son. 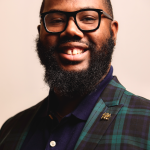 Williams has an impressive background in music and the performing arts. Having attended Renaissance High School – well known for turning out musicians nationwide, Williams was also a Michigan Youth Arts Festival Distinguished Scholar in 2015 and the winner of the 2016 Detroit Jazz Festival Youth Vocal Jazz Competition,  an alumnus of Mosaic Youth Theatre of Detroit, and has performed in Los Angeles, New York, Latvia, Lithuania, Washington D.C., on tour with Josh Groban, at the 2012 and 2014 World Choir Games and various venues around Metro Detroit.

Bolden hired him and approached the music program largely via “student choice.” “I realized that a typical choral program that we follow coming through DPS was not going to be the right fit for the DIA. This is not the place for me to come in and dictate my ideas or do things as they’ve been done in other schools. It had to be collaborative. So, we asked the students what they wanted to see and started building the program from there.”

“We rotated all the girls through Jack’s class and program to see if they liked it,” said Bolden.

We talked about what the program would look like long-term and planned for that. We’ve been able to move the girls into a space where they have a choice and a voice.

With Black History Month on the horizon, Williams has plans to acknowledge it with the students through education. He says, “The Wiz is coming to Broadway and we’ll do a musical review of it. We are finding ways to innovate and incorporate black music and celebrate it.”

Another thing that makes the school unique is that it is K through 12. “The girls can fall in love with music in elementary school and foster that love through twelfth grade,” said Bolden. 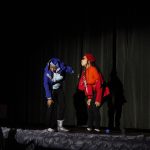 Williams is also working on performances with the girls and opening doors to more than just music, saying, “I want the students to be well rounded in all areas and avenues of the arts – including singing, staging, acting, choreography, etc. We just put on A Miser Sisters Christmas before the holiday and so many students were involved in different ways.”

Williams said he’s learned as much from the girls as they’ve learned from him. “They’ve taught me something really valuable – to have more fun with music, and I’ve grown a lot because of that.”

About bringing music back into the school, Bolden says, “The first thing you have to give a child is purpose. A voice and a space and a connection. Not everyone connects with math or reading – many connect to music. Now the students here have that option and it’s a beautiful thing.”