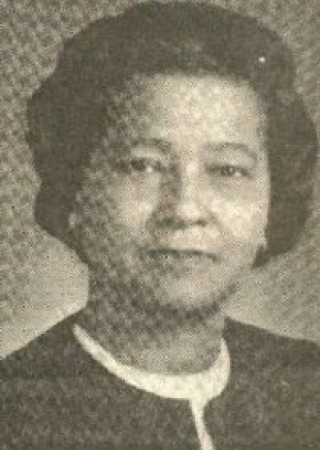 Ethelene Jones Crockett was Michigan’s first African-American female board certified OB/GYN. the first woman to be president of the American Lung Association, a zealous activist for women in the workplace, and a leader in the fight to liberalize Michigan’s abortion laws.

Her passion and mission was seeing that racial barriers were broken down in health care and seeing that the care was extended into neighborhoods that needed it most, and to those ends, she left her mark on the city of Detroit in scores of ways.

Crockett came of age during the Depression. A black woman from a poor family, she was able to go to college and then to medical school. “If you want something badly enough…and if you can communicate that desire to others…what you want can be had,” were her words in explaining her accomplishments.

Born in 1914 in St. Joseph, MI, she attended Jackson High School and Jackson Junior College (now Jackson College) and graduated in 1934. She went on to attend the University of Michigan, where she met George Crockett Jr., also a passionate activist who would become a lawyer, judge, and then-Congressman.

It is said that when George asked for his future wife’s hand in marriage his father in law made one stipulation – that as soon as Crocket could afford it, he would send his bride to medical school. They were married, and at 28 years old with three children, Ethelene enrolled in medical school at Howard University.

No hospital in Detroit would accept her in a residency program because she was a black woman, so Crockett completed her obstetrics/gynecology residency at Sydenham Hospital in New York.

After medical school, Crockett returned to Detroit, became Michigan’s first African-American woman to be board-certified in obstetrics and gynecology, and went on to become one of the finest obstetricians and gynecologists in the city.

She directed the Detroit Maternal Infant Care Project from 1967 to 1970 and helped design the Detroit Model Neighborhood Comprehensive Health Center. In the 1970s, Crockett was a gynecologist at Grace and Harper Hospital in Detroit.  In 1971, the Detroit Free Press named Crockett one of nine “Detroit’s Most Successful Women.”

She served on the boards of the Michigan Cancer Foundation, United Community Services, and received the “Howardite of the Year” award from Howard University.

Crockett was a passionate advocate for public daycare centers for working women as well as family planning. In 1972 she led the fight to liberalize Michigan’s abortion laws.

Ethelene and George were said to have made an amazing team and had an equal and mutually respective partnership. They raised a son who became a lawyer and two daughters – a doctor and a teacher.

Her words here say it all:

I want to remove all the roadblocks in the way of making women a vital part of health services. 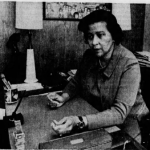 ETHELNE CROCKET IN HER HOME