Wounds of Secrecy, How Transparent is Michigan’s Government? 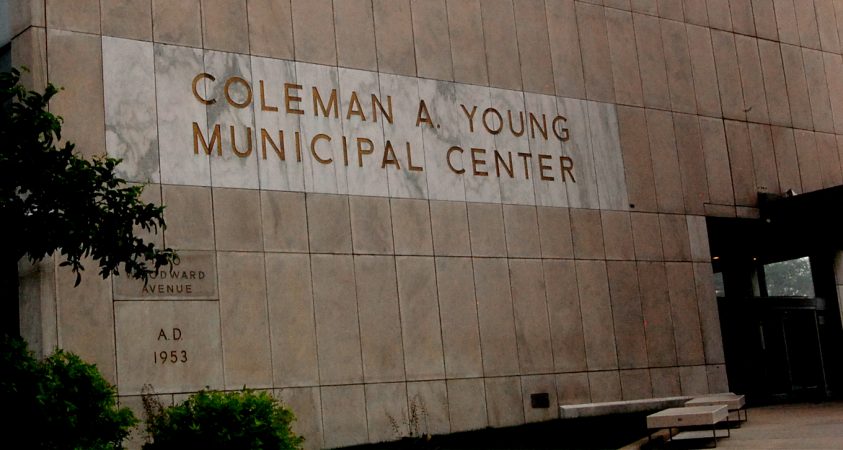 In 1990 Detroit Mayor Colman Young sat in a leather chair donning a tan suit and his iconic thick-framed glasses. He was visibly agitated, taking questions from a young reporter named Judd Rose about an investigation of the city’s police chief who had been accused of stealing money from police funds.

Young’s responses were quick and defensive, but most of all effective at decimating the line of inquiry. “I’d be a goddamn fool to discuss with you on public television, an allegation which would be the same as taking the goddamn stand. Who the fuck do you think you are to come in here and cross-examine me?” After a quick rebuttal from Rose, Young interrupted, “you’re out of line, and as far as I’m concerned this interview is over.”

Bill Mcgraw, A reporter who covered Detroit City Hall during Young’s fourth and fifth terms, wrote that he “ran one of the nation’s most secretive city halls, shutting out not only media but also Detroit residents searching for public information.” The behavior marks a very particular toxic perspective that can exist in government. One that sees transparency as a threat to administrative freedom and measures of accountability as liabilities.

Last month Bobby Fergeson was released from prison, shortening one of the longest sentences for public corruption in U.S. history, City Councilman Gabe Leland resigned after pleading guilty to felony misconduct in office, and former Director of the Michigan Department of Health and Human Services, Robert Gordan wrote a letter to lawmakers skirting the terms of his resignation. In doing so he highlighted how little we know about how certain parts of our government operate.

One may look at these stories noticing the apparent theme of unreliable governmental transparency, examine the simple poetry that two out of three of them occurred in a municipal building named after Colman Young himself, and be tempted to conclude that there is a looming culture of secrecy which has permeated the agenda of our city and state governments. However, to come to such a generalized conclusion is to fail to examine the intricacies of how we have come to this problem and what may be done about it.

It’s undeniable that poor transparency is an issue in Michigan. A study by the Center for Public Integrity ranked the state dead last in accountability and transparency. The study observes different dimensions of our political process such as untraceable campaign funds and poor disclosure laws regarding conflicts of interest. One of the biggest components that sets us apart from other governments on a state level is the inhibition of a free press.

M.L. Elrick is a Pulitzer Prize-winning journalist who has spent most of his career covering politics in Detroit for different media organizations. You may know him from his coverage of former Mayor Kwame Kilpatrick, his work as a reporter for Fox 2, or from his current campaign for Detroit City Council. He says “It’s crucial to democracy that we have the free flow of information.” But how should we expect quality journalism when reporters don’t have access to information? 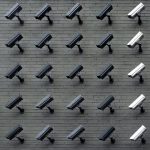 that exempts its legislature. That is to say that the Legislature and Governor’s office are not legally required to release documents to the public upon request.

Both institutions have internal policies of cooperation with the press but still, there have been instances where requested information was inaccessible by the public. Last spring when Governor Gretchen Whitmer was designing the early parameters of Michigan’s lockdown orders she publicly stated that the order would be based on data and science. However, many criticized her for inadequate disclosure of that data and her reasons for linking it to the relevant executive orders. The Mackinac Center Legal Foundation even sued the University of Michigan, alleging a violation of FOIA to try to acquire the data from emails sent to Whitmer.

The exact nature of Robert Gordon’s departure from office in January is still unknown. A non-disclosure clause was included in his separation agreement which paid him $155,000 of taxpayer money to keep it quiet. The confidentiality clause has since been waived yet neither Gordon nor Whitmer have provided more details. The agreement was not an anomaly. The Detroit Free Press estimated that $690,000 had been spent on similar payouts in the last decade.

The government is not a business. It operates with our money and we have a right to know how our money is being spent. This is not transparency.

Both of these situations should require the governing body to disclose relevant information. The capability to hold any institution accountable suffers if they have unmitigated control over the public’s awareness of its actions.

The City of Detroit has an FOIA from which no agency is exempt however that doesn’t make it easy to operate. It has a reputation for slow response times. Some reporters have suggested that FOIA responses have gotten worse since the start of the pandemic as a result of a more relaxed status quo established during the stay-at-home orders.

Reform is necessary and we need a shift in government attitude towards openness according to Elrick. He has based a large part of his campaign on this philosophy. He doesn’t believe there is an inherent nature of secrecy in our government, instead, there are different reasons why we see obstruction to the flow of information.

Elrick says it can be the intention of a particular administration, the result of bureaucracy, or a case of a department being overwhelmed but ultimately the issue is that there isn’t a strong compulsion for cooperation. “I’m a big believer that public officials’ default position should be ‘let me see what I can do to get them to you as soon as possible.’”

Elrick suggested ways to manage FOIA requests to ensure the free flow of information. He says there should be a publicly available resource where documents such as City Council meeting agendas and supporting documents are readily available without a request in the first place. This would take the workload off of those fielding requests whose numbers he says should also be reinforced.

Another way to strengthen the flow of information is to decrease the hourly charges for producing documents and the cost of copying. Elrick says “I can’t tell you how many times I’ve been in the basement of City Hall when a very stressed out person has come in trying to get divorce records as a part of a custody battle or child support issue.” He paints the picture of someone who has come down during their lunch break, paid to park, and now has to face per page copying fees. “These are the barriers to working people that have a damaging impact on our lives.”

Elrik also argues that the punishment for violation of FOIA should be greater. One who is found to be guilty of illegally withholding information can be charged up to $1000 in Michigan in addition to compensation for legal fees. “Those don’t feel to me like very strong deterrents and I’ve been involved in lawsuits where we won and the ppl who did the wrong thing paid no price at all,” Elric says,

People who don’t want to be accountable hide what they’re doing. They know that the media can’t afford to sue every time they’re denied the records, and they know that citizens probably can’t anytime they are denied.  That has a chilling effect.

Putting a high-cost upfront to acquire information is a form of control because if you know how difficult something is, you may be less likely to do it.

It may be worth mentioning that although the Elrick campaign platform is based on revealing the actions of government to the people, it has been theoretically proposed that his election may have the opposite effect, that accountability suffers when journalists face an ethical challenge of favoritism.

It’s not incredibly difficult to empathize with a reporter who may be hesitant to criticize the career of a former colleague or friend. However, there seems to be little tangible evidence that this is actually happening. In fact, Elrick counterargues that there is a greater potential for the inverse effect. “I may have a good story and my former colleagues and competitors might not cover it because they’re afraid of being accused of favoritism.”

Deadline Detroit Editor Allan Lengel wrote “we agree that Elrick shouldn’t get special treatment and I think he’d be offended if he did. Can tougher questions be asked of him? Certainly. And that applies to all the candidates, regardless of who they are.”

There are many other ways to increase transparency outside of mending the FOIA system. Secretary of State Jocelyn Benson recently released a legislative agenda to address the issue, hitting topics like requiring personal finance disclosure from elected officials or establishing a waiting period for working as a lobbyist after leaving office.

Detroit in particular has seen much controversy in the past years over its surveillance programs. Facial recognition technology has been accused of having an unethical racial bias and being deployed with little clarity on how the police utilize it to stop crime. Just last month a new surveillance technology was deployed, rekindling the debate.

City officials, Detroit residents, and the ACLU have shown support for the proposed Input Over Government Surveillance Ordinance which would require public hearings before new technology is used, guidelines for its use, and annual reporting on the program.

There may not be a consistent and unified culture of secrecy in our governments but from all of the stories mentioned here to countless others like Kilpatrick and the Flint water crisis, there has been more than enough evidence to suggest that we need to increase transparency. Damage has been done to the public perception of government and if it is ever to be restored, this is a critical first step.