Recycling is an Issue, Think Before You Throw That Plastic Bag Away

Innovations and Initiatives That Are Making the World Care about Recycling 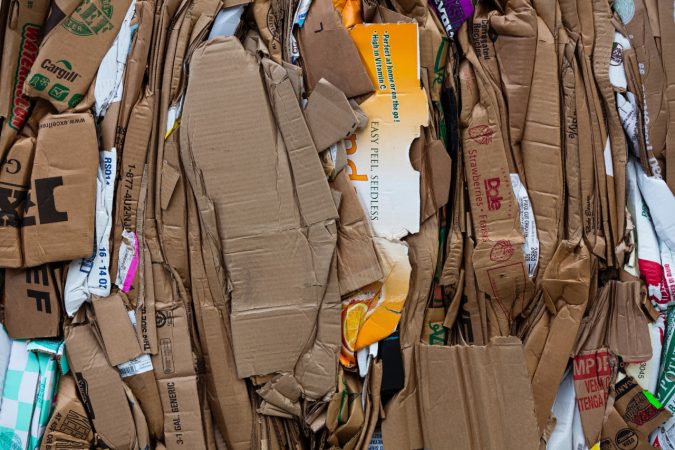 A global issue that turns into everyone’s local problem is how to address waste. And everyone from massive corporations to small community initiatives are changing the way we see our waste in cities.

In almost every Detroit neighborhood, ‘No Dumping’ signs are posted in front of vacant lots. Illegal dumping seemed to be so much of a problem that neighbors near a tourist destination off 8 mile had to organize a volunteer effort among themselves to clean it. In springtime, the first thaw comes with litter getting caught on fences and collecting along the freeways.

It’s a problem every major city deals with. But considering Detroit’s proximity to the Great Lakes, pollution and litter comes with an added risk of letting trash flow into oceans or harming wildlife throughout the region.

People are working tirelessly to remove the global causes just as much as they are trying to alleviate the local symptoms.

Some of those solutions seek to reinvent something as recognizable as recycling. They go from changing an entire global system of production and reuse, to just changing the experience of getting a bottle deposit.

ONE OF THE BEHEMOTHS

In a 2012 interview with the Guardian, P&G’s then-CEO Bob McDonald wanted to know why reporters couldn’t focus on the good their company does. He talked about the thousands of lives saved from the partnerships they developed with sustainability projects and the new goals that were achieved and re-upped.

P&G is one of the top three consumer goods companies in the world. At the end of 2018, they trailed only Nestle and Philip Morris in industry sales. Their brands and products are so widespread it’s a guarantee at least one of their products will be in your medicine cabinet.

The bad press may have to do with a history of issues in P&G’s business model, particularly when it comes to sustainability practices. Vast tracts of forests in Southeast Asia had been leveled by small businesses in P&G’s supply chain. And almost every major product under P&G brands depends on plastic that often goes in landfills or finds its way to oceans.

According to a statistic published by National Geographic, only 9% of plastics ever produced in the world have been recycled. This means 91% of the packaging for corporations like P&G’s can be found in oceans, landfills or litter.

But the behemoth corporation has made some tough changes. Those sustainability efforts are headed by Virginie Helias, the first Chief Sustainability Officer for P&G.

As of January, P&G joined the roster of TerraCycle’s partners. What that means is products made by P&G, like Pantene shampoos and Tide detergents, will be stored in durable packages that will hopefully be reused again and again through their Closed Loop System.

TerraCycle is an innovative recycling company. They work with corporations to encourage them to produce reusable, plastic-free packaging. So that our mouthwash and shampoo bottles won’t continue to clutter landfills.

Products that partner with TerraCycle can be ordered online and delivered. Once used, they’re picked up by UPS to be cleaned and filled again. The process seems to be designed to account for one of the major issues with recycling plastics: disengagement.

But there’s still a chance that the Closed Loop program will change. As it’s designed now, TerraCycle has been testing the system in New York City and Paris since this spring. But the biggest question is about the actual effect it will have in reducing plastic waste.

“We’ve calculated that for a loop to break even, each package needs to go through five cycles at the minimum,” Virginie Helias said. “And each purchase needs to have at least three items in the order. All this we need to qualify in market.”

A local Detroit program runs a similar model – but at a much smaller scale. ‘Recycle Here!’ has worked in New Center, Detroit since 2005. The building of the old Lincoln Street Factory where Recycle Here! operates is covered with murals. And it’s adjacent to an art park where full-moon parties are held throughout the summer.

Recycle Here! created an alternative to the recycling pick-up that most cities use. They provide services designed to engage people into a recycling practice, like school field trips and guides to help people on drop-off days.

More importantly, they made an engaging center for taking part in a solution to plastic.

The need for an engaging recycling program comes with some difficulties that Detroit had with public recycling. Michigan’s landfills are also among the country’s cheapest to use, making throwing something away easier than recycling in most cases. Recycle Here! is free to the public and funded by the City of Detroit.

Detroit’s alternative recycling doesn’t have the same ease and convenience that the Closed Loop system has. But the community charm that goes into its tactics to prevent plastic litter seems to be one of its strongest prospects.

TerraCycle’s program has innumerable details that need to be addressed before it can come to a city like Detroit. And its effectiveness at easing waste concerns can’t be known yet. Still, the concerns continue to grow.

Throughout the entire world, people are dealing with their local waste problem.