The Fight for $2000 Coronavirus Aid Checks Heats up

The Bloated Coronavirus Aid Package Passed Despite Threats of Veto From President Trump and in its Wake, the Fight for Further Relief Checks Continue 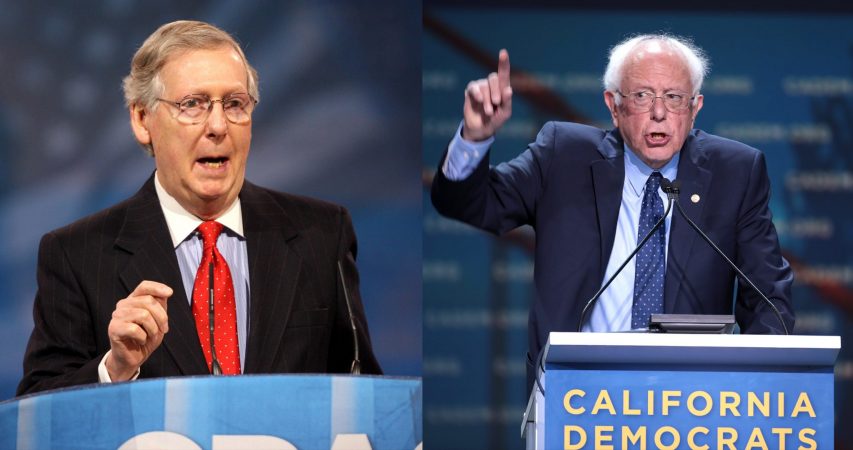 After uncertainty over whether or not the newest round of Coronavirus Aid would pass, President Trump signed the bill, despite showing a rare sense of decency with calls for an increase in direct aid checks to $2000 for those in need. With the President string the political pot, the fight is building up in the Senate over a new round of legislation that would raise the $600 aid checks to a more reasonable $2000.

Monday night, the House of Representatives narrowly passed a bill by a 275 to 134 margin that will increase direct coronavirus relief payments to some people to $2000. The call for raising the aid from a meager $600 is being led by Senator Bernie Sanders and other progressive members of Congress, but despite support from both President Trump and members of the Republican Party, the bill will face fierce resistance in the Republican-run Senate.

Despite doing little to support the rise in aid for working people, House Speaker Nancy Pelosi Tweeted Support for the legislation, stating, “The House and the president are in agreement: We must deliver $2000 checks to American families struggling this Holiday Season. The House just passed the #CASHAct — it’s time for the Senate to do the same.”

Pelosi’s comes as a rare, and potentially first, public agreement with Donald Trump, who has Tweeted his dissatisfaction for the $600 checks since just after Christmas. While some have stated that Trump’s calls for more aid come as a jab at Senate Majority Leader Mitch McConnell due to his acknowledgment of Joe Biden’s presidential win in November.

I simply want to get our great people $2000, rather than the measly $600 that is now in the bill. Also, stop the billions of dollars in “pork”.

With the fight for aid coming to the Senate, the process gets harder for the Democrats due to McConnell’s stern stance on no higher aid. Yet, facing further aid blockage, Senator Bernie Sanders Tweeted that he would delay a separate vote aimed at overriding Trump’s veto of the annual defense authorization bill. Such a move would keep the Senate in session until the New Year, while hopefully forcing the Republicans hand in passing the Bill.

This week on the Senate floor Mitch McConnell wants to vote to override Trump’s veto of the $740 billion defense funding bill and then head home for the New Year.

I’m going to object until we get a vote on legislation to provide a $2000 direct payment to the working class.

Meanwhile, Senate Minority Leader Chuck Schumer shared that he would attempt to pass the legislation by unanimous consent on Tuesday — a procedure that will fail given even a single objection to the Bill. Yet, despite a total lack of support from the likes of McConnell, more Republicans have come forward in support of further aid. Facing a tough Special Election against two Democratic Candidates, both Republican Georgia Senators, Kelly Loeffler, and David Perdue have both expressed support for $2000 checks.

As the days chug on, the Senate faces a fight fitting for the end of 2020 and whether further happens, the small $600 payments are expected to be made to Americans sometime as early as the end of the current week. Given that the aid would fail to cover the cost of rent just about everywhere in the United States, the fight for $2000 has become all the necessary. If 2020 ends on a better note and the Bill passes the Senate, all who received their $600 will get a second payment of $1,400 to compensate for the much needed $2000.

* Update- As of Tuesday afternoon, Senate Majority Leader Mitch McConnell has blocked the vote on $2000 checks, stating he feels there needs to be a vote on separate stimulus. In response, a quick vote on overturning Trump’s defense Bill Veto has also been blocked.